It has been an exceedingly busy weekend, but more on that in my next blog. Today happens to be the birthday of my partner in crime Norma, so head on over to any of her blogs (here's one of them) and wish her a happy birthday!

And now, to wrap up the long night from the cat's point of view.... 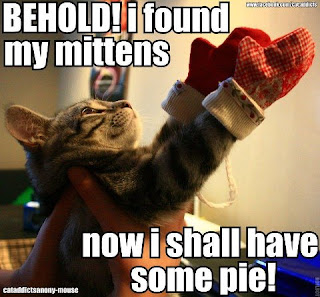 9:30 PM. Watching Sunset Of The Dead with the staff. Rolling my eyes with regularity. What is it with that Shia-punk that studios find appealing, anyway, staff? I mean, seriously, think of that last Indiana Jones film. No one will ever convince me that insufferable little nitwit is the offspring of parents as smart as Indy and Marion.

Why hasn't he already been killed by a zombie attack? Half hour into the stupid film, and Stupid LaBeouf is still alive for some reason. 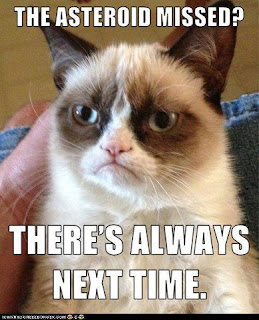 9:40 PM. Hey, look, it's that actor who's appeared in Isis knows how many shows and movies down through the years... what's his name again? Coleman, yes, Dabney Coleman. You do realize that humans have strange names. And for some reason you persist in using the wrong name for me, staff. I am most certainly not Miss Bonkers. I am Her Majesty, Supreme Protector of the Realm, Tormentor Of Dogs, Slayer Of Mice, and Ultimate Majestrix. 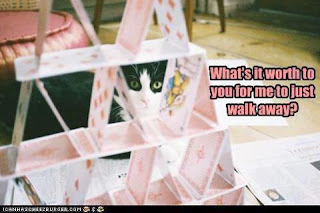 9:46 PM. Dabney Coleman is being devoured by zombies. Let us have a moment of silence in respect for deceased character actors who died fighting the good fight. 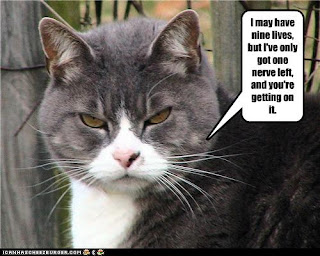 10:00 PM. Now this is more like it. That insufferable little nitwit is surrounded by zombies.

Let's see you get out of this one, LaDoofus. 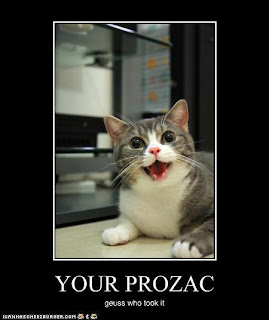 At least the producers of this dreck didn't make the fatal mistake of having him live through the film... 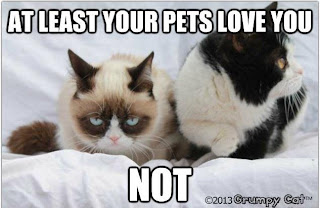 Staff, there had better be some last minute escape. Ving is supposed to survive this... because, well, he's Ving Rhames. He can take on anything, right? 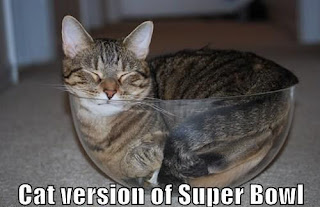 10:20 PM. Mother of Isis! Ving Rhames is being torn to pieces by zombies! 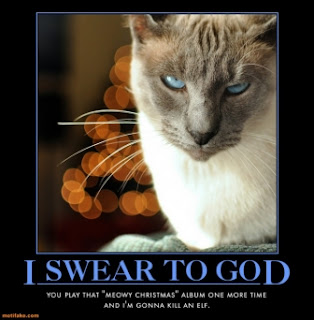 10:22 PM. How dare the producers kill off Ving Rhames! It just isn't right! He's one of the few human beings cool enough to almost  be a cat. 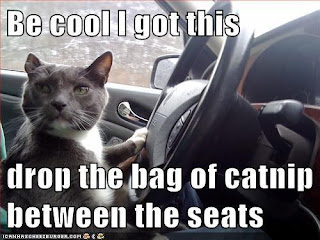 10:27 PM. John Hawkes, Kirsten Dunst, and Jon Voight are sharing their grief for Ving. Nothing about LaDoofus. I suppose they find him as annoying as I do.

Suddenly Hawkes gets an idea. 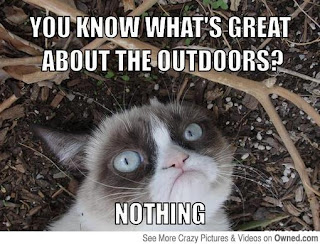 10:40 PM. Jon Voight falls while he and Kirsten Dunst are luring zombies into the big trap.

Well, obviously in these films, you're only going to get one or two survivors, and what with this happening, it's not going to be crazy old Voight... 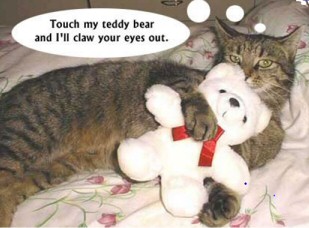 He's yelling something about Nancy Pelosi. I don't know what that means. 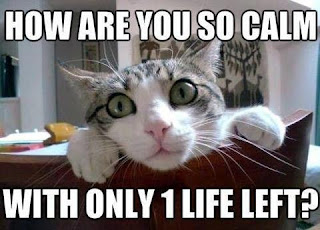 Let's see the walking dead come back from that.... 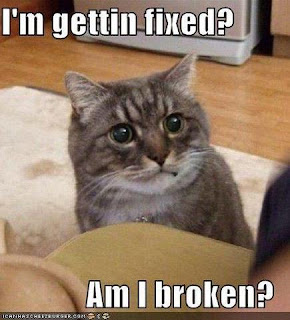 10:46 PM. Hmmm, Kirsten and Hawkes are talking about how glad they are to still be alive and all that, but I don't think it's quite over. We've still got a quarter hour til the eleven o'clock news. 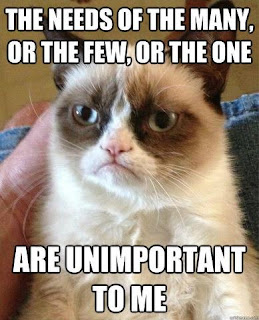 10:48 PM. Oh, come on! This is a complete cop-out! Bringing back zombie LaDoofus to terrify the survivors just when they think they're safe? 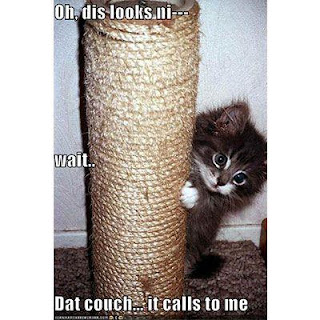 10:52 PM. The chase continues. Hawkes and Kirsten keep running from Zombie LaDoofus, who seems as insufferable a nitwit as when he was alive. 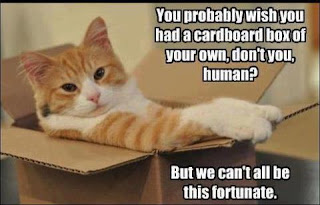 And why do we have a zombie Elvis impersonator gyrating his falling-apart hips while singing a twisted variation song over the end credits? Did Graceland approve this? 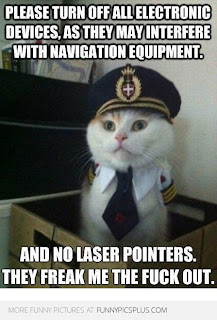 11:00 PM. Staff, what was the point of that, aside from blood and gore? Why does this genre seem to appeal to humans? Are you all dense? Why am I even asking that? Of course you are.

At least watching that has rendered me not particularly hungry... 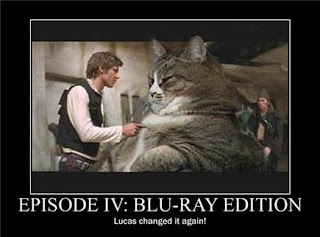 11:15 PM. Can't quite shake the image of Dabney Coleman getting slaughtered by zombie Elvis impersonators, all of whom were muttering, "hunka hunka zombie love" while they were eating.

I really shouldn't have watched that movie. 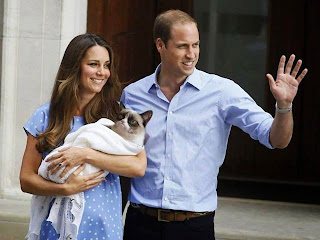 Don't tell me you can actually sleep after watching that movie? 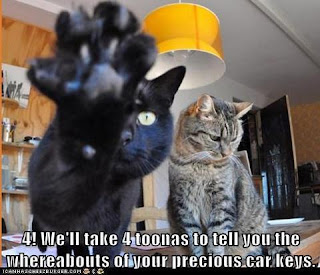 2:20 AM. Sleep eludes me. I continue to flash back to Ving Rhames getting torn to shreds. What kind of vile fiend casting agent puts him into a cast and does that to him? And to the audience? 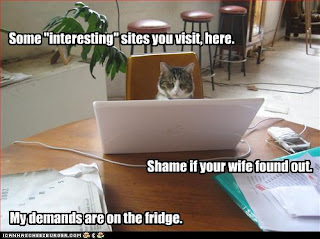 3:05 AM. Have come into the staff's bedroom. She's sleeping peacefully. Oh, now that is just not right. How can she sleep and I can't? 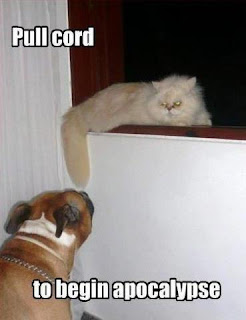 3:25 AM. Sitting on the bed, staring at the staff sleeping. Thinking of waking her up. If I'm going to be up all night, so is she... 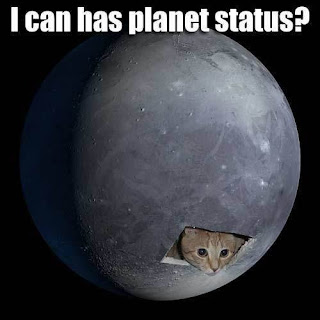 3:30 AM. What was that??? I could swear I heard something outside... like groaning and moaning... and walkers aimlessly shuffling across a post-apocalyptic landscape in search of brains.

Do I dare look?

No. I can't look. Looking will only catch their attention and invite them in, and I don't rate my staff's chances against a zombie as very high at all... 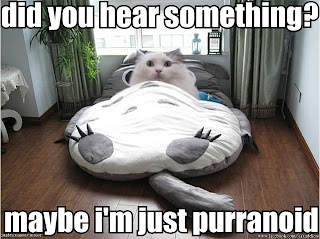 5:40 AM. Downstairs. Despite my efforts to wake up the staff, she was deep in dreamland.

The staff never watches anything having to do with zombies again. 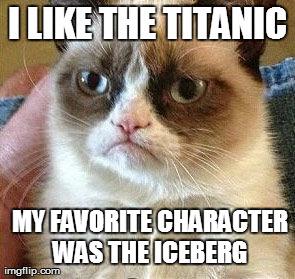 Posted by William Kendall at 5:04 PM

Email ThisBlogThis!Share to TwitterShare to FacebookShare to Pinterest
Labels: a day in the life, animals, Cats, dogs, Zombies