Ladies And Gentlemen, For My Next Trick... 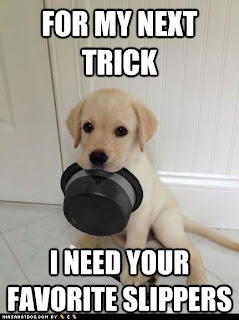 ".... I will keep you distracted while my confederates pick your pockets. Wait, did I say that out loud?" ~ The Astounding Jethro, 1874

"Look, um, I'm not exactly sure what happened. This stunt has never gone wrong before. I swear. Look, Your Highness, she has to be around here somewhere..." ~ Count Orsini, twenty minutes later 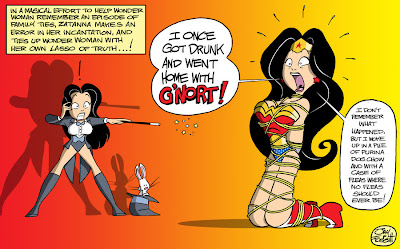 Recently I got a chance to see a BBC documentary, The Secret Caribbean. Journalist Trevor McDonald spends time travelling through the region, visiting islands and cultures. The highlight for me was a segment on Montserrat. Years after the volcano came to life in the Nineties, the volcanic activity still has a grip on the island, and McDonald gets a good look at the damage that was done. At other points he examines the vast differences in societies in the islands. There are the poor, in places like Cuba, where workers in a time warp society with cars that are older than people spend their afternoons rolling cigars while a worker reads them The Da Vinci Code. By contrast, the Caribbean is also a place of the ultra rich, who own islands in and of themselves. Richard Branson, who's always struck me as the sort of fellow who never saw an opportunity at self promotion that he didn't like, runs much of his empire from a hammock at his tropical home, overlooking the sea. 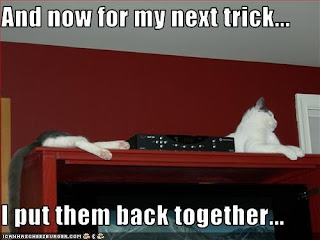 And what brings us to the subject today, McDonald brings us to the resort of several islands owned by magician David Copperfield. My impression of David Copperfield as a self absorbed wanker completely head over heels in love with himself is more than confirmed in the process. Copperfield shows off his resort interests (available for a fortune for a week's stay), while I found myself wondering how on earth a magician could have the kind of money required to buy several islands and build on them. I suppose Vegas pays a lot.

This weekend was a busy one here in Ottawa. We had the Civic Holiday, known locally as Colonel By Day. It commemorates the British army engineer who designed and led the effort to build the Rideau Canal, which was the catalyst for the city itself to spring up. At the Bytown Museum, local historical societies, people in period clothing, and demonstrations of older technologies were all out and about. The Museum is a local history museum, housed in By's original headquarters along the Canal, below Parliament Hill. It's the oldest stone building in the city, and reputed to be haunted. It was busy.

And there was something else this weekend keeping the city busy. The Busker Festival is held each summer here, bringing together stage performers, magicians, mimes, acrobats, and other buskers for the entertainment of the crowds. The action is centered on Sparks Street, a pedestrian street just south of Parliament Hill, with a large variety throughout the weekend. A lot of people were out for a large variety of performers each time I was there. I took pics, of course, though these are drawn from online sources. One busker I missed this year- I hope she`ll be back next year- was Bendy Em, the contortionist. 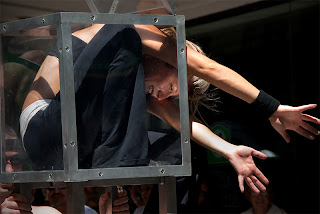 Another that I liked particularly was Kate Mior, a mime who employs the living statue motif. She has several personas for her performances, but this year went with a Marie Antoinette look. She remains silent through her performances, but interacts with passersby, often with a flirtatious smile, a well timed gasp, or a mischievous expression. Children don`t know what to make of her. These two shots are from the weekend... 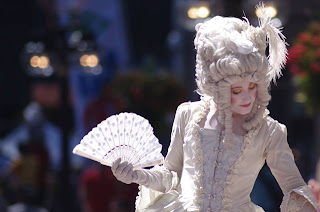 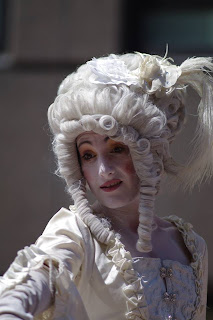 The rest of the shots that follow are drawn from the Citizen, giving you a sense of the crowds and the way these street performers ply their trade. Enjoy! 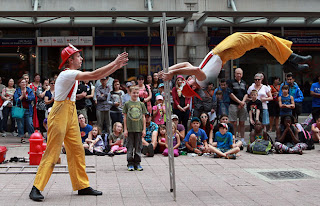 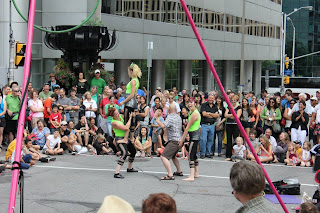 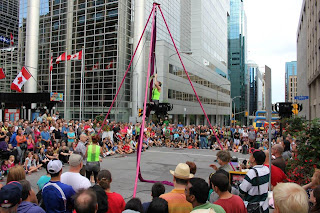 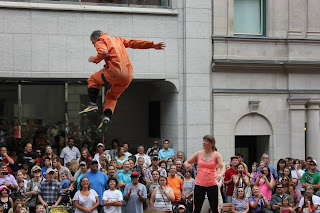 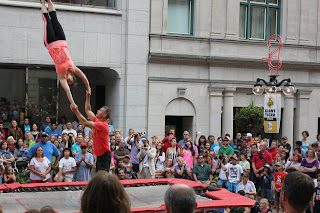 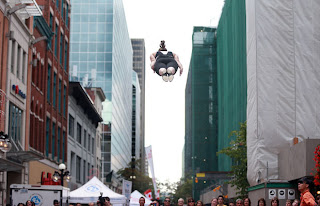