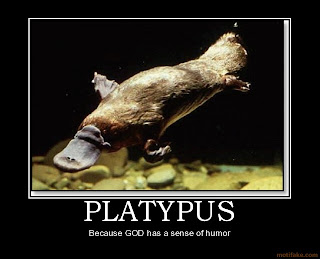 Just in case you were wondering, the Eleventh Commandment would be from Daniel Silva's work, with the just-right Thou Shalt Not Get Caught. The twelfth, of course, is Thou Shalt Not Cast Bad Child Actors.

Faith, and the fall from faith, is one of the underlying themes in my ongoing work, Heaven & Hell. This is ironic, of course, because a heathen like me using faith as a theme is, well, like asking Hannibal to critique the architecture of Rome.

Much of the action, of course, is set in the Holy Land (no, not Vegas) of Israel, so of course faith is an issue. Oddly, not so much for my main characters. Stryker and Devon haven't seen the inside of a church in months, and the same goes for Sabra Cohen, who's not really one for synagogues. In fact, one of the underlying issues I wrote about early on was that religious zealots are a big part of the central problem that contributes to the narrative of the book. Religious moderates, from my point of view, are much more reasonable.

That said, religious references have been infiltrating the book here and there. Chapter titles, for instance. My first chapter was called Jacob's Ladder, referencing of course the patriarch of the Old Testament and his relationship to God. Other chapters have followed along those lines, even if only indirectly. Cometh The Storm finds its origins in the book of Job. Original Sin, of course, has its theological implications. Vengeance Is Ours finds its start in a biblical passage: "vengeance is mine, sayeth the Lord." And How Are The Mighty Fallen comes straight out of the Old Testament. It must be the subject matter that makes it appropriate to use scripture in such ways. And while we're discussing chapter titles, I'm thinking of calling a chapter late in the book The Twilight War, but given my general loathing for glittery vampires, maybe not.

Anyway. Where I'm at right now is sort of the calm before the storm. The Very Bad Thing is being steadily prepared (no, I'm not going to say what it is, so stop asking. And don't go snooping in my computer files either. I mean you). Sabra is taking her Western counterparts on a bit of a tour of some of the sights. They've been at Masada, the fortress on a high plateau where two millennia ago, Jewish zealots held out against the Romans and ultimately took their own lives rather then surrender. 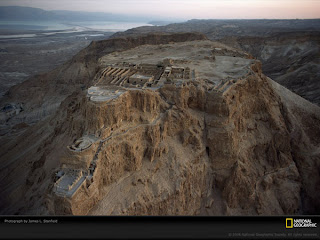 And they've been going through the Old City of Jerusalem. A pilgrim stop (though neither Devon or Stryker are really pilgrims) at The Church of the Holy Sepulchre comes first, and visits to other sites in the Old City feature in this proverbial calm before the storm. 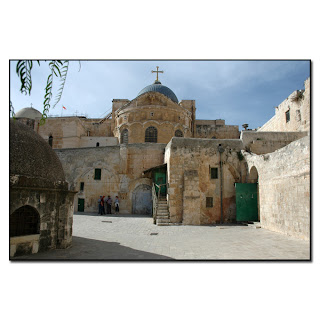 I never really regarded a trip to Israel as being something high on my agenda. Like I said, I'm not particularly religious, and I've never felt that need to make a pilgrimage. Still, in the course of writing all of this, I do feel a need to go, to see the places I've written about, to explore it with my own eyes and feet.

Besides, the cliffs of the Masada look strangely appealing to the climber in me...
Posted by William Kendall at 11:57 AM

Email ThisBlogThis!Share to TwitterShare to FacebookShare to Pinterest
Labels: Heaven and Hell, Israel