T Is For Trial, Part One 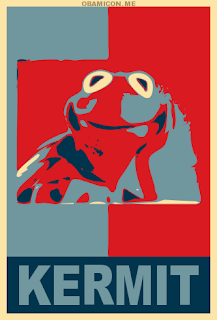 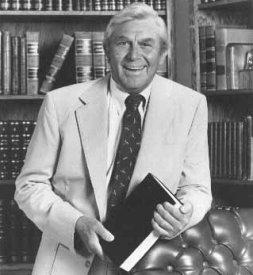 Opening arguments commenced today in the first degree murder trial of the muppet Grover, accused of the brutal slaying of popular muppet Elmo. The trial promises to be a showstopper, and many of the residents who knew both were on hand for the first day.

Doctor Bunsen Honeydew and his lab assistant Beaker turned up early, meeting reporters outside. "Oh, what a glorious opportunity!" Honeydew declared. "We get to see the trial of the century, and it's happening here at Sesame Street. You know, this doesn't happen very often. Not since Animal tossed a whipped cream pie in the face of the Pope ten years ago..."

Beaker looked suitably nervous. "Mee... meeee, meep!" he exclaimed in that way only he can.

Honeydew didn't seem to notice. "Yes, this has delayed my upcoming experiment. You see, I'm going to infect Beaker here with the ebola virus, just to see what happens."

Oscar the Grouch and Count von Count turned up as well. "Get the **** out of my way!" the Grouch ordered reporters as he passed into the courthouse.

Big Bird arrived, along with the Cookie Monster, who was stuffing his face full of Oreos. "Om nom nom!! Om nom nom!" Cookie Monster proclaimed as he headed inside, a trail of cookie crumbs falling behind as he went in.

Big Bird sighed, and spoke to reporters. "You know, it's tragic what happened to Elmo, but we shouldn't judge Grover. Not until he's found guilty anyway. I'm taking bets on the verdict, if anyone's interested in a bet."

Long time bickering couple Bert and Ernie arrived for the trial, and announced their intention to sit through the whole thing. "Well, we have to," Bert declared. "Grover's a buddy. Besides, that little twit Elmo outed us to the press."

"Yes, he got what was coming to him," Ernie agreed.

Inside the packed courtroom, filled with people and muppets, the defendant was brought in. Grover looked nervous, worried about his chances. A dark haired woman called out, "We love you, baby! We believe in you!" Then she blew the muppet a kiss.

Grover was brought to sit beside his attorney. Kermit the Frog has taken the case, dressed for court (unlike the rest of the time, when he walks about au naturel. The Frog has a worthy opponent in the prosecution. Legendary Atlanta defense attorney Ben Matlock, who for years prowled the halls of southern courts unmasking killers in dramatic last minute cross-examinations (all while wearing an endless number of grey suits) is the prosecutor for the case. He's still as white haired as ever, still the aw-shucks Southerner, but he's wearing black these days. It's a big change for Matlock, and so is the new job.

"Oh, I spent forty years putting people behind bars or to death by exonerating my clients," Matlock told reporters before the case began. "I figured I'd come out of retirement and work as a DA for awhile, get back to putting murderers on the electric chair again, only for the other side. Besides, I lost a lot of retirement money to that son of a bitch Madoff, so I had to get back to work."

Both attornies addressed the jury. It was an epic clash of titans, worthy of William Jennings Bryan and Clarence Darrow. Matlock told the jurors that they would be confronted with damning evidence that Grover was ultimately responsible for the murder of Elmo. Kermit countered that his client is innocent, that he would never hurt anyone, and that Grover's fate was in their hands. There was a sneer of disbelief from the gallery. This reporter thought it might be the RCMP Inspector, Lars Ulrich, who made the arrest, and is in attendance. Another reporter suggested later that it was longtime Grover nemesis Mr. Johnson.

The first day of the trial is at an end, and Grover was taken back into custody. While Inspector Ulrich started arguing with a reporter outside the building, the same woman who'd made her outburst in court addressed other reporters. "My Grover is innocent! He'd never hurt anyone. I know this jury will look into his beautiful sexy eyes and see him for who he is! And if they don't, I'll just have to break him out of prison..." 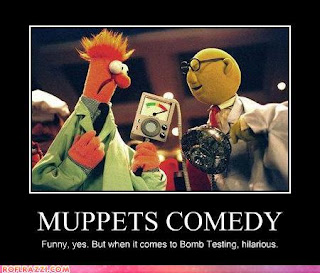 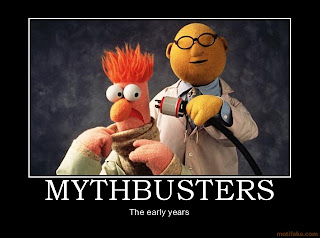 Posted by William Kendall at 11:43 AM