T Is For Trial, Part Four 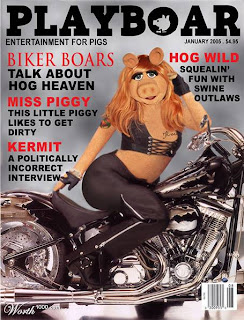 The case for the defense opened today in the Grover trial, attended by a mix of muppets and people in a packed courtroom. Things got off to an unusual start before court, when a fight broke out. Prior to the jury's arrival, Grover was conferring with his attorney, Kermit the Frog. The woman in Grover's life, known publicly as Karla, was busily blowing kisses to the defendant. Nearby, Kermit's wife Miss Piggy saw the gestures, and seemed to mistake them as being meant for her husband.

Miss Piggy lunged out of her seat, charging across the aisle and attacking Karla. A sound not unlike a high pitched karate yell was heard, and both Miss Piggy and Karla hit the floor, scratching, hitting, pulling at hair, and screaming in fury.

Oscar the Grouch and Cookie Monster pulled Miss Piggy off Karla. Bailiffs rushed in, and ejected both women from the courtroom. Kermit protested, yet was refused the right to speak to his wife before court. And with that, the trial continued.

Kermit called as his first witness a grim looking muppet called Knuckles. With much reluctance and hesitation that took the entire morning to get around, Knuckles admitted that he was a bookie, and that Grover was one of his frequent customers. He went on to elaborate that Grover had owed him fifty thousand dollars after a bet on a Yankees-Red Sox game didn't go the way Grover expected. And he added that Grover had paid the debt in full, the day before the murder. Kermit reminded the jurors that this was the same amount the prosecution would have them believe Grover used as a hit-payment.

Prosecutor Matlock crossexamined Knuckles, asking why anyone should believe the word of a bookie. Knuckles countered that by remarking that Matlock's former partner Michelle was a regular customer of his gambling services. It left the stalwart DA speechless.

Kermit proceeded to call in character witnesses. Oscar The Grouch was the first, and his testimony was laced with profanity. "Look, I've known Grover for a real long ****ing time, and there's a lot he's capable of, sure. I mean, threesomes with a married couple is a bit weird. But murder? No ****ing way! He doesn't have it in him! Now, you want to see a murderer? Why hasn't anyone really taken a good look at the Count? He's a ****ing vampire, people!"

Matlock cross examined Oscar, but his cross examination didn't get off to a good start. "Mr. Grouch..." the prosecutor started.

Matlock seemed horrified. "Your Honor, really, this language on the part of the witness..."

The judge sighed. "I allowed it. It's part of his vernacular, and people have heard that word before."

Matlock stared at the green muppet, who glared back. "No questions," the prosecutor declared.

Court came to an end, and Kermit went off in search of his wife. Outside, reporters crowded around Matlock and Inspector Lars Ulrich. One asked, "Mr. Matlock, Inspector, have you really considered other suspects in this case? The Grouch made a good point, after all. There's a vampire living on Sesame Street."

Matlock shrugged. "All fancy tricks on the part of the defense, ladies and gentlemen. I've done them myself when I was a defense attorney. We know Grover is guilty."

A reporter with Entertainment Tonight surged forward. "Lars! How do you feel about Keith Richards slagging Mick Jagger in his autobiography?"

Ulrich glared at the reporter, contempt in his eyes. "Are you really this stupid, you moron?"

"Yes. Would this happen in Metallica?"

Ulrich said nothing. Instead he threw a punch, breaking the reporter's nose and sending him tumbling down the stairs, much to the applause of the real journalists. Up tomorrow? The defense intends to put Karla on the stand.... 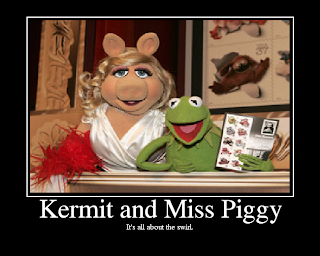 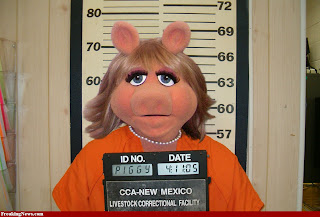 Posted by William Kendall at 11:42 AM