That Lost Art Of Diplomacy 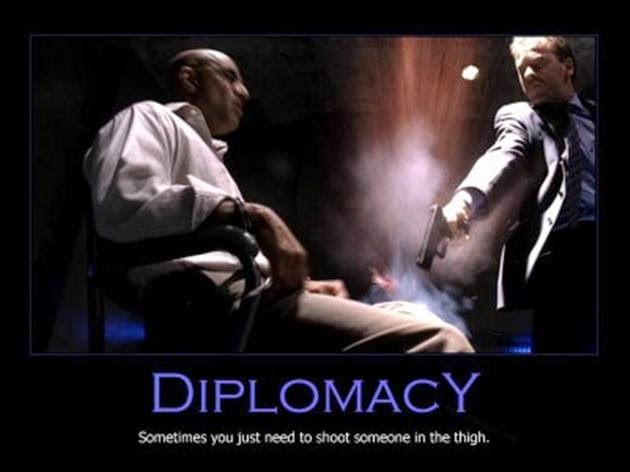 London (Reuters) As the diplomatic community continues to deal with the ongoing Crimean crisis and the movements of Russian President Vladimir Putin to annex the peninsula and his intentions towards the Ukraine, unorthodox methods have been considered through the United Nations as a whole, and various world powers. American Secretary of State Kerry remains in high level negotiations with his counterpart, Russian Foreign Minister Sergei Lavrov, to resolve the situation. Nations throughout Eastern Europe, once part of the Soviet sphere of influence, worry about what Putin may have in mind for their lands. Western leaders are anxious about the possibilities that Putin might cut off oil and natural gas to their nations if they press him too hard. Canadian Prime Minister Stephen Harper remains hellbent on playing the part of the cold warrior, demanding that President Putin build up a wall just so he can tell him to tear down this wall. 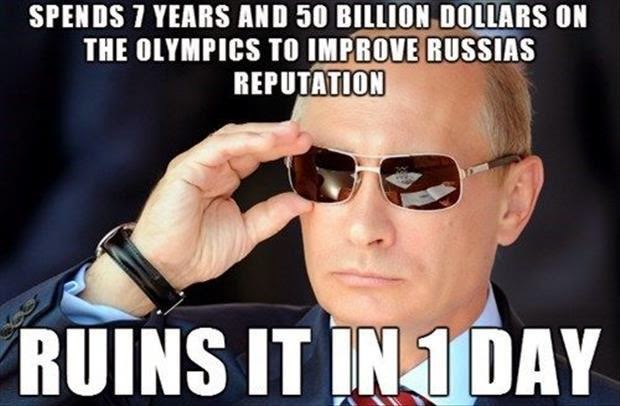 Experts suggest that the invasion of Crimea and the ongoing unrest in Ukraine have been Putin's form of overcompensation. After the closing ceremonies at the Sochi Winter Olympics, in which Putin's bid for world domination was brought to a halt by legendary RCMP inspector Lars Ulrich- to the point where Putin was personally humiliated in front of the world by losing control of his bladder- sources say he was so furious at the humiliation that he sought to gain back his position in a big way through a military operation. "It's the thing with Russian leaders," retired British diplomat Sir Geoffrey St. John-Marlborough noted. "They wish to be respected and feared. Emphasis on feared. Vladimir Putin is no different."

The suggestion has been made in some quarters to send in the proverbial cavalry, the one man who can reduce Vladimir Putin to tears: Inspector Ulrich. "He has broken Putin's spirit with one glare," Ursula Kletchko, president of the Ukraine-American Association remarked. "Think of what he can do if we let him skydive into the Kremlin, kick butt, and take some names. I suspect Putin would exile himself to a Siberian gulag just to get away from him." 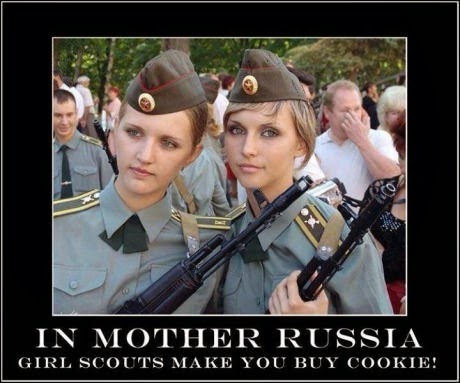 Penelope Rhys-Hughes, a professor of diplomatic history at Oxford, respectfully disagrees with the suggestion of sending in the Inspector. "We could keep that in mind as a contingency, but at this point, it's better to just allow diplomacy to run its course. Besides, I believe that if Lars Ulrich were to parachute into the Kremlin, beat up Vladimir Putin, and drive him into exile... the Russian people might ask him to take on the job, and we'd end up with a Tsar Lars the First."

Right wing blowhard Rush Limbaugh snorted in derision at the idea of the Mountie being sent into Russia on his radio talk show. "My friends, this is just typical of those godless commie socialist liberal liars. Instead of having the guts to stand up to a guy who's only doing what he thinks is right- and that's what Putin's doing, by the way- they entertain the notion of having an even more commie foreigner go after Putin. And he is a commie. Because this ***** Mountie wears red, and as I've always told you, red is the colour of a commie, the sort of person our beloved Saint Ronald Reagan spent his life fighting. Well, his life after Hollywood. How dare these people suggest we trust a commie socialist Canadian with such a job? Well, I've had it! You hear me out there, dittoheads? I've had it with this whole notion of glorifying this Communist menace in a uniform. So I want every single one of you to cross that Canadian border, find that ******* Lars Ulrich and kick his ass! I'll be right behind you, just as soon as I find my heart medication. I might've mixed it in with my Viagra and the uppers and downers... did I say that out loud?"

Conservative mouthpiece and dominatrix Ann Coulter had her own take on the matter in remarks to the press. "We have ways of keeping this Ulrich occupied so we can continue our primary mission of destroying the President's reputation and poisoning the political atmosphere in the country for decades to come... wait, did I say that out loud?" She paused and composed herself. "It's very simple. As long as Vladimir behaves himself over there and lets us go about our business destroying our President, we don't care about Crimea. At least until we can get a Republican back in the White House, undermine civil rights for eight years, and go to war for no reason. Did I mention we love war? So even if it takes my bedding down with the enemy, I'm perfectly willing to seduce Lars Ulrich to keep him distracted. I mean, have you looked at the guy? I wouldn't kick him out of bed for singing O Canada." 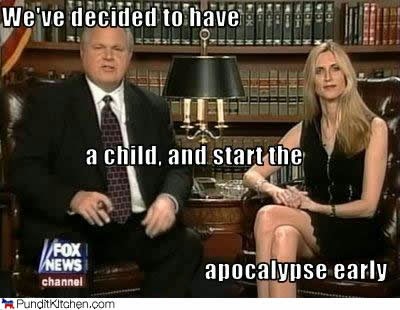 Inspector Ulrich was found at his detachment in Alberta, throttling a Metallica groupie who mistook him for the drummer. When reporters assured him that they knew he was not a heavy metal drummer, and informed him what Coulter proposed, he rolled his eyes and said in a terse way, "Not if she was the last human being on the planet."

The British have been heavily involved in the diplomatic process as well, with mixed results. Their Secretary of State was in Moscow this week for meetings with Lavrov and Putin. Putin stormed out of the talks, furious. "We will not be disrespected in such a way by the British!" he shouted to reporters in Russian as he strode past them at the Kremlin. "A minister who cannot be understood is no sign of respect at all!"

Secretary Beaker emerged from the room to find the press waiting for him. The Muppet with the red hair and crazy look in his eyes stared at everyone, and summed it all up in a few words. "Meep! Meep meep meep meep! Meep meep!" 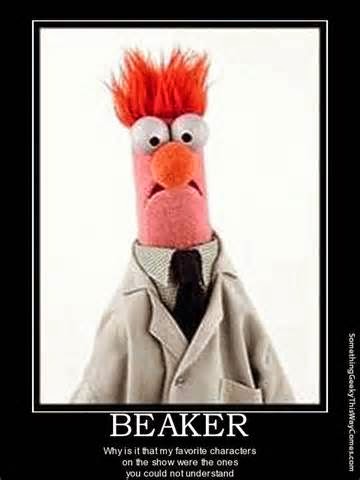