The Final Fate Of A Dark Cabal

If you haven't read the previous blog, this is going to get really confusing. I just thought you should be warned in advance. 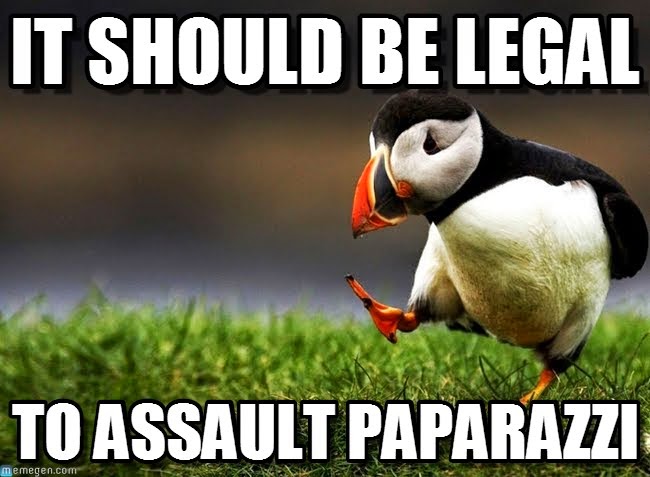 Los Angeles (AP). The world is in a state of shock after several famous, longstanding entertainment journalists were taken into custody by RCMP Inspector Lars Ulrich and members of the LAPD. Mary Hart, John Tesh, Leeza Gibbons, Nancy O’Dell, Carson Daly, Ryan Seacrest, Maria Menounos, Leonard Maltin, Brooke Anderson, Rob Marciano, Pat O’Brien, and Mark Steines were arrested and removed from an underground bunker beneath the Hollywood sign. They were dressed in hooded cloaks, and looked a little the worse for wear and bruised during their perp walk, charged with multiple counts of murder, conspiracy, resisting arrest, fraud, and being really annoying.

LAPD Captain Miguel Ortiz spoke to reporters outside the precinct where the suspects were being booked. “We are in the process of going through evidence gathered at the scene. This group, calling themselves the Dark Cabal of the Infernal Gossip, seemed to like to keep records. That makes our job all the easier. We are looking at a cult-like secret society, with ritual sacrifices of multiple interns over many years. They had designs on world domination as well, but their plans and schemes are at an end. They will face justice for their crimes.” 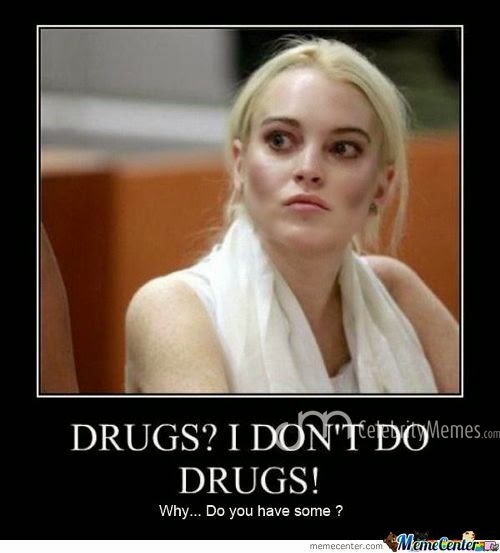 “Dark Cabal of the Infernal Gossip?” a Reuters correspondent asked.

“Yes, so let’s just assume that entertainment reporters are, in the end, really, really dumb,” Ortiz remarked. “I can tell you that Inspector Ulrich of the Royal Canadian Mounted Police took point in this matter while members of the LAPD maintained a perimeter around all access points to the bunker. It was out of consideration to the Inspector that we left the confrontation to him. He has been the primary target of this Cabal- seriously, these people wanted to kill him in the most brutal and sadistic ways possible. And given his fearsome reputation and the fact that he has saved the world on more than one occasion, we felt he could easily handle himself. The members of the Cabal tried to escape, and long story short, Inspector Ulrich taught them a few hard lessons before arresting them. In my opinion, they more than had it coming.” 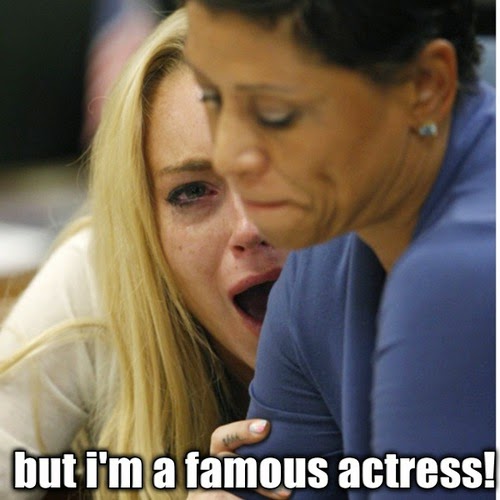 At this point, Inspector Ulrich himself emerged from the building. He spotted the crowd of reporters, all of whom started calling out his name, and began to approach after a moment of hesitation. He looked out over the crowd, who seemed to hush, and spoke in a low voice. “Two questions. First, are any of you with an entertainment news outfit?” No one answered. “Second, are any of you dumb enough to mistake me for that drummer?”

“No, Inspector,” this reporter told him. “We’re all real reporters.”

“Yes,” the Reuters correspondent agreed. “We know you’re not that other Lars Ulrich.”

“Absolutely,” a third reporter said. “After all, he’s ugly and deaf, and you’re not.”

“Good. Carry on then,” the Inspector said, appearing to relax.

“Sir... does this mean that all entertainment reporters were members of this secret society?” another reporter asked.

“No,” Ulrich replied. “From what we’ve gathered, the overwhelming majority of them are merely very stupid airheads who will never win a spelling bee, seem to really think that I’m a washed up heavy metal drummer I don’t even look like, and believe that simply because they interview famous people, that makes them famous. The inner circle, however, those are the people who have made use of the vast majority in their profession as pawns in their games. Unfortunately this does not mean the end of entertainment reporters in the world, as enjoyable as that would be for me personally.” 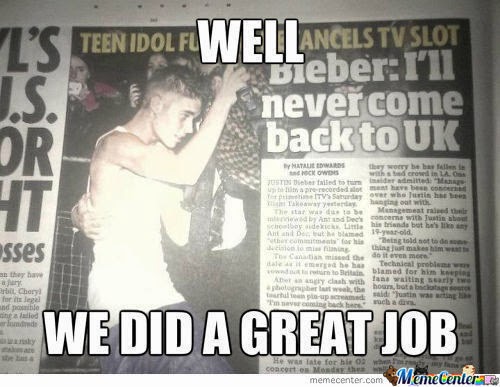 “How did you uncover the truth?” a reporter asked.

“A lot of old fashioned police work, shaking down sources, digging up leads, that sort of thing,” Ulrich admitted. “There was one of their number, an entertainment reporter they sent after me on New Year’s Eve to keep me distracted and annoy me by telling me what she actually did for a living at the end of the night. I can admit I was surprised by her. She felt guilty about the deception, told me what she knew, came clean about being ordered to do that, and that started me on the search. Meanwhile, the LAPD had numerous cases of interns for entertainment shows going missing without a trace, dating back thirty years. We started putting the pieces together. It led us to this... Cabal. If you ask me, they ought to just execute the lot of them. Bury them in sand near a fire ant colony, cover them in barbecue sauce, and let nature take its course.”

At this point, officers removed the first member of the Cabal from the main entrance of the precinct to a waiting police car. She had been fingerprinted, booked, and processed, and was now cuffed, being walked between officers past the press conference. She had once been on television screens across the country and beyond, thought of as a cheerful and bubbly personality. Now her expression was one of deranged madness and unhinged rage. Mary Hart, later identified as the leader of the Dark Cabal Of The Infernal Gossip, was in the midst of a barely coherent rant. 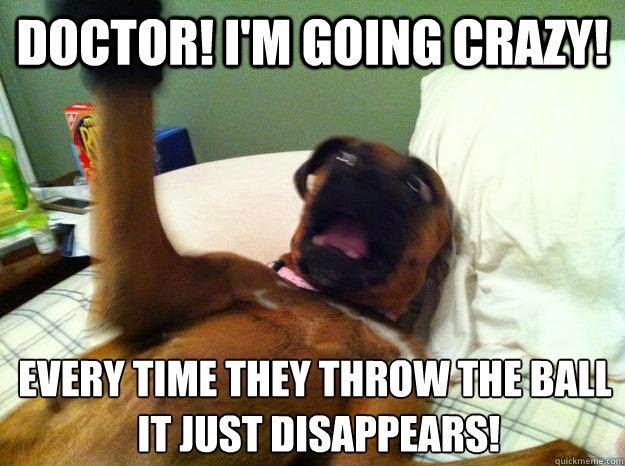 “I am your Supreme Majesty!” she howled in rage. “I am your rightful mistress! Bow down before your queen, you fools! Worship me as I am to be worshiped! The New World Order of the Dark Cabal of the Infernal Gossip is meant to rule over all of you, with the example of the barren goddess Aniston to follow! Bow down! Kneel before your mistress! For I am your mistress and ruler!”

“You’re an idiot,” Ulrich told her as the officers dragged her past.

She froze, staring at him, resisting being moved any further. “You will pay, Ulrich. You will pay with your life. I swear to you, revenge will be ours. And you will beg for death before we are done. I will hold your heart in my hands after carving it out of your chest, Ulrich. Do you hear me????” The officers dragged her to the waiting car, with the sound of her maniacal laughter the last noise we heard of her before the door was closed.

Ulrich shook his head, shrugged, and said, “And that’s the reason I hate entertainment reporters.” 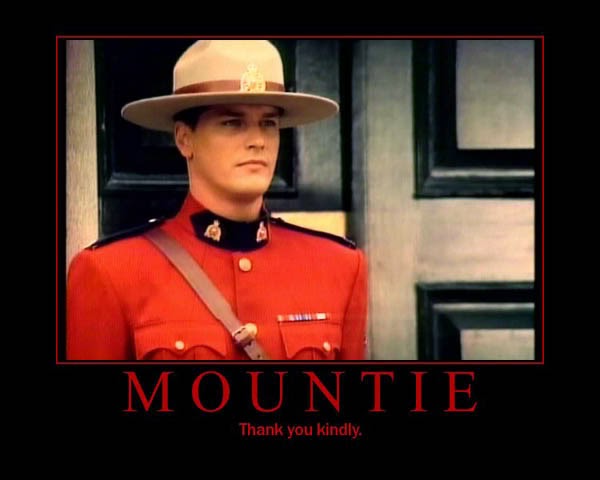 Posted by William Kendall at 2:30 AM