Gone With The Explosions 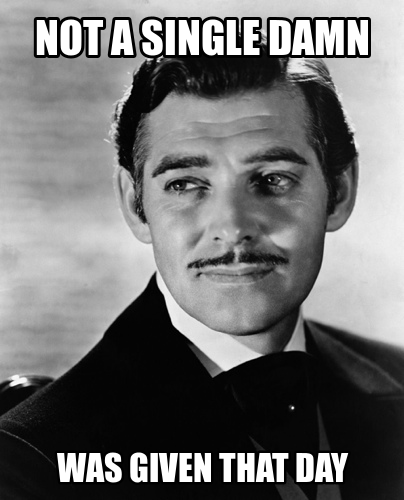 Los Angeles (AP) Director Michael Bay, whose films have deafened an entire generation of filmgoers with their endless explosions and hyped up sound, has announced that he'll be remaking Gone With The Wind, the classic film starring Vivien Leigh and Clark Gable. Bay, who's not known for filmwork that requires thought, is an unlikely choice for a film many feel should never be remade. He stepped out onto a stage before reporters in Hollywood yesterday, beaming his usual half witted grin as he strode to the podium. "Thank you!" he exclaimed, briefly checking his face in a pocket mirror. "The rumours are true. 2016 is going to see a brand new Gone With The Wind, filmed by me. And it's going to leave that piece of crap that Fleming guy directed behind in the dust, I promise you. This is the film that's going to win me the Oscar. The prize I've deserved for so long. This is the film I'm going to be remembered for."

Reporters were stunned. "Mr. Bay," one spoke up. "What do you say to the notion that some films should not be remade? And in fact, given the racial biases and unapologetic defense of the Old South of the source novel, not remaking it would be a wise thing?"

Bay shrugged. "I'm sorry, I didn't catch that. I was too busy envisioning myself giving my acceptance speech for Best Director." 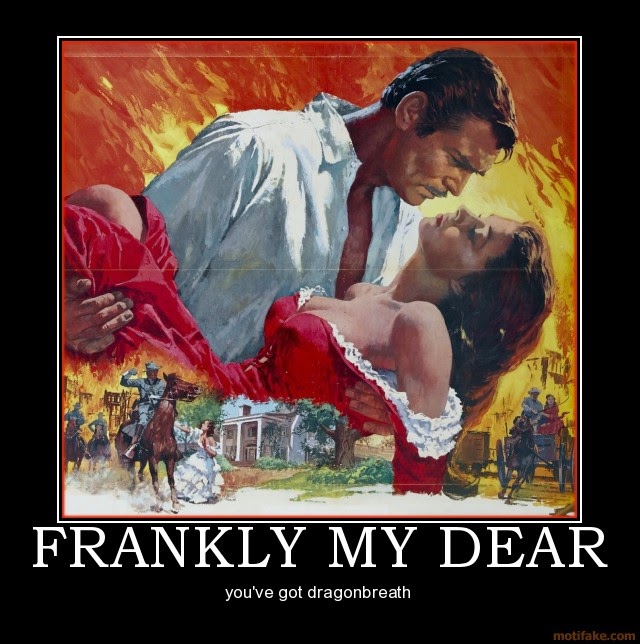 "Mr. Bay," another reporter pressed. "I think it's safe to say that I speak for everyone here when I suggest that you're the wrong director for such a film, if it were to even go forward."

Bay laughed that off. "Come on! I'm perfect for this film. Guys like Scorsese and Nolan and Spielberg look at me and they wish they were a tenth as talented as me. Look, we've got ourselves a script in development, and even though it's set back in that whole Civil War thing... I'll have to look into the details of that, I mean, I wasn't really paying attention in high school history. We beat the Australians in that, right? Right? Even though that's the case, we're gonna have to modernize some things. I mean, this isn't exactly 1939, so we can go a lot further with what we do on screen. And that's exactly what we're gonna do. We're gonna have a Rhett and Scarlett honeymoon sequence that's gonna be even hotter than Basic Instinct. And I've already lined up my lead actors who'll carry it out." 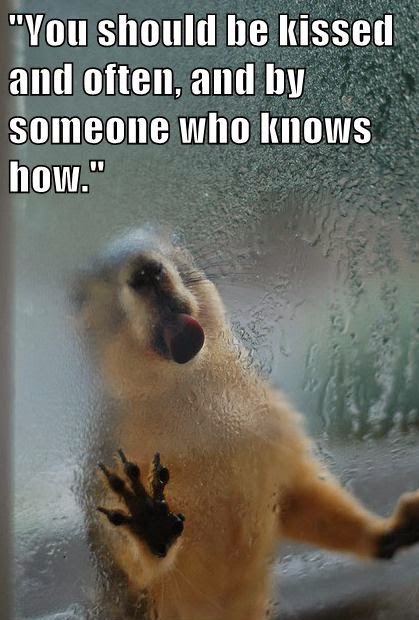 Out came occasional Bay film cast members Shia LaBeouf and Megan Fox. Reporters gasped in horror. "You have got to be joking!" another reporter protested.

"What?" Bay asked, oblivious to the desecration to movie history. "Shia was born to play Rhett Butler. And Megan's got all the right attitude that Scarlett O'Hara will ever need. So they're my go to lead actors, playing the best couple of all time. They've got the acting chops to put Vivien Leigh's ghost and Clark Gable's bones to shame."

"Are you a complete idiot?" this reporter demanded.

Bay laughed. "Oh, that's funny! I know you didn't mean that, because everyone loves the work I do. But seriously, we're going ahead even without the blessing of the only surviving member of the original cast. I tried to get Olivia De Havilland to come do a cameo in the new film, but she seemed deeply unimpressed with me for some reason that I don't understand. That, and she told me to go **** myself." 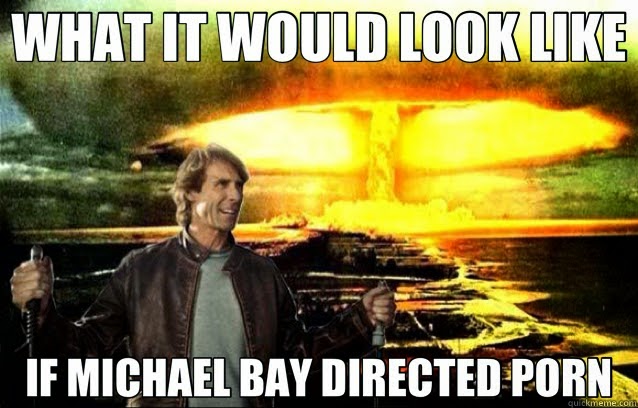 "I'm just glad to be working again," LaBeouf told reporters. "Lately directors haven't been returning my calls.  I tried to convince Lucas and Spielberg to give me a whole new film of my own playing Indiana Jones' son again, but they muttered something about wishing they could go back in time and recast him. I don't know why..."

"It doesn't matter!" Bay proclaimed. "We're also looking at Channing Tatum to play Ashley, because I think it's pretty well established that he's got a lot of gravity as an actor, and he's just right for the role. And while I'm at it, I'm casting one of the Olsen twins as Melanie. And Tyler Perry asked to play Mammy. Well, he already plays cranky women to begin with in all those crossdressing films he does, so it's perfect for him. The question is, will he be nominated for best supporting actor or actress? And of course, for the pivotal role of Scarlett's father, I'm casting Nicolas Cage." 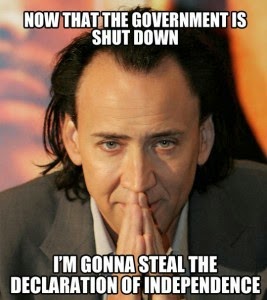 Cage stepped out onto the stage, joining Bay, Fox, and LaBeouf. He was grinning in a way that suggested he wasn't playing with a full deck. "Hello, Hollywood! It's great to be back! I've still got a lot of money to pay back off on my debts, but Michael's promised this is going to be the big payday that'll settle all that. Then I can go back to spending money like a drunken sailor again."

"Why are you doing this?" a reporter asked. "You're desecrating film history. You're making a film no one asked you to remake."

Bay laughed again. "Oh, that's nonsense. Like I said, this is going to be bigger. We're not just going to burn down Atlanta. We're gonna blow it up. Big time. Sky high with all the trimmings in 3D. It's an explosion that's going to take up an hour all by itself in running time. Every single possible angle you can think of. Wouldn't that be spectacular to see on the big screen?" 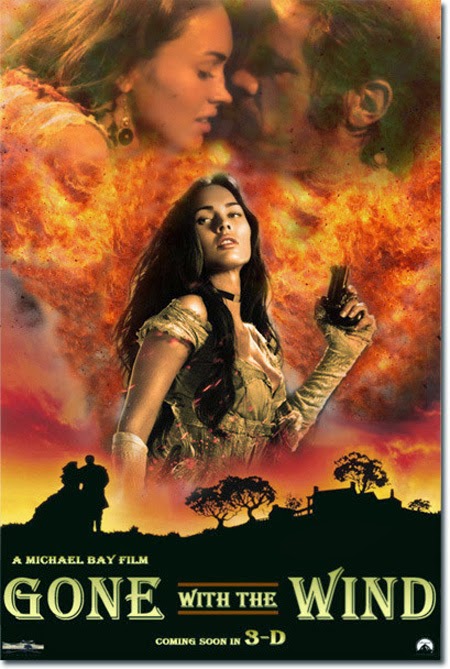 "Michael's promised I'll get an Academy Award for Best Actress out of this one," Fox said.

"And so you will, Megan," Bay boasted. "Just as you were always meant to. We're going to be out there in theatres in 2016 with this new film, and it'll be the most acclaimed film ever. It is going to be legendary. Just legendary, in case you didn't hear me the first time I said it. And when we've swept the Oscars for every single prize we're nominated for, I'll be up there taking my bows as the greatest director of all time. Now, if you'll excuse me, big things to do. Movie to direct, plantation manor to blow sky high, and before I get started on any of that, my beard stubble needs a trim. It takes hard work to look this good, you know."

With that, he left, followed by the others. Reporters were left to speak among themselves about what they had witnessed. We agreed that not only was Bay an obnoxious oaf and hack, he had crossed the line into full blown insanity. For him, it must have been a short trip. 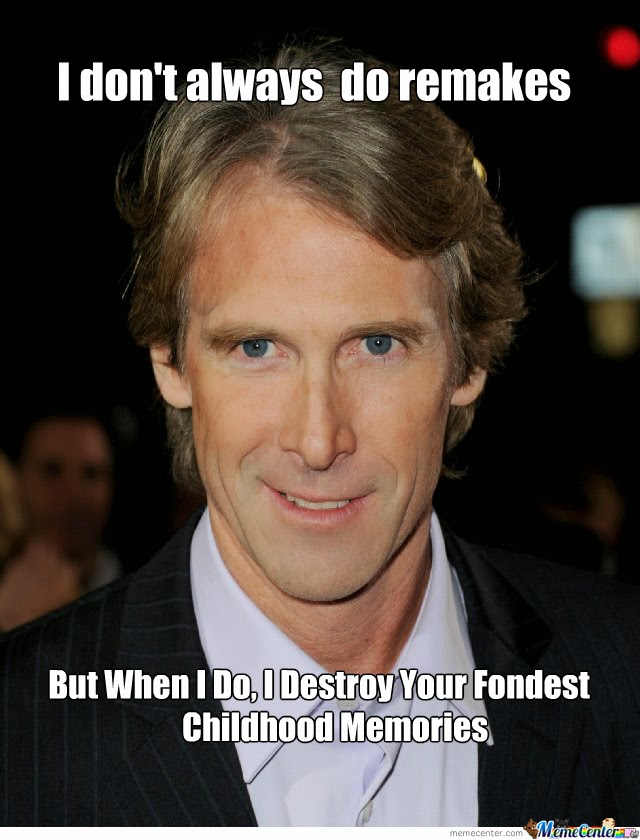