Today I am concluding this set of cat and dog blogs with the point of view of our resident feline, but before I get into it, for another animal point of view, have a look at Norma's blog, where she is writing today about one of the pets she has had, her potbellied pig Iggy. 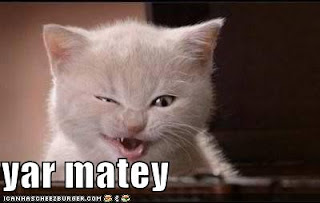 6:22 PM. Very well, then. It appears that the staff has decided to desert me for the evening. Apparently in her deluded mind, attending social functions such as weddings are more important than catering to the every whim of her rightful mistress. By which, of course, I mean myself.

I shall have to devise a means to show my displeasure at that choice. 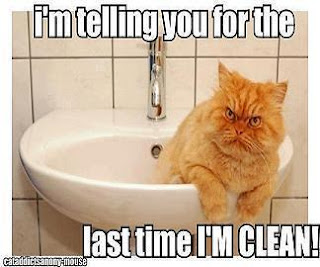 6:45 PM. Starting thorough patrol of house. Must determine if there is any trace of a yarn ball. The urge to unwind the yarn ball cannot be resisted, after all. It's in our nature. 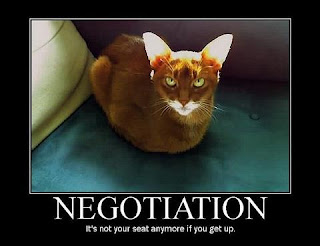 7:10 PM. No trace of yarn balls. More's the pity. Will have to amuse myself in other ways. 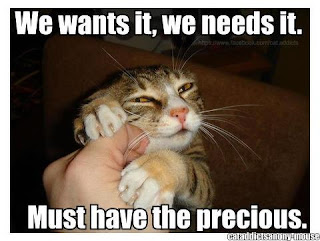 7:35 PM. Have logged onto the staff's computer in the study. She really needs to change her password. SCARY SPICE is so ten years ago. And it shows an appallingly bad taste in music.

Unfortunately I don't know the staff's credit card numbers. If I did, I'd have a shipment of tuna dispatched to my location post haste. 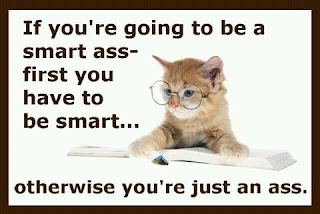 7:45 PM. Why do they call this thing a mouse? It doesn't smell like a mouse. It doesn't move on its own. It doesn't squeak when you pounce on it. It's just a piece of plastic and wires.

I can't even play with it before eating it. 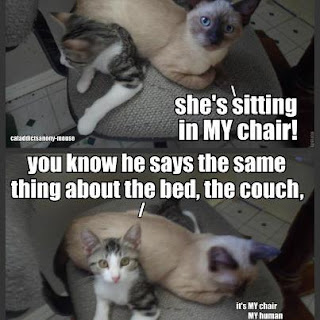 8:10 PM. I really should stop playing Tetris. Those falling lines and blocks are starting to make my head spin. 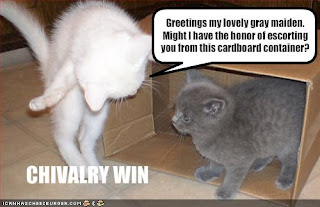 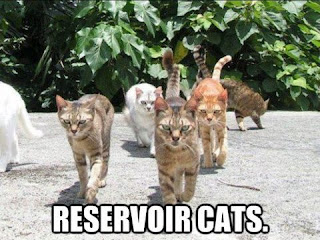 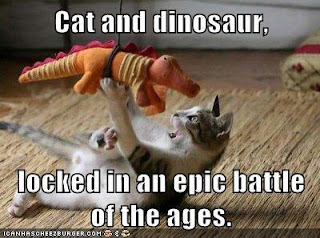 I think I'd better stop watching this. It could become a habit.

Oh, come on. Those guys can't fight. If you want to entertain me, put two dogs into that cage.

9:04 PM. Cooper protests that this wasn't in his contract, as he gets tossed into the cage. Doctor Phil looks like he has a berzerker rage going on.

Oh, come now, if they're going to revert back to the gladiator pits of Rome, at least make it someone who deserves to be in there. Like the Jersey Shore cast. Those people are pretty useless. 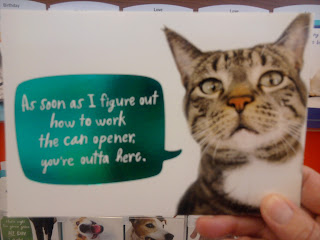 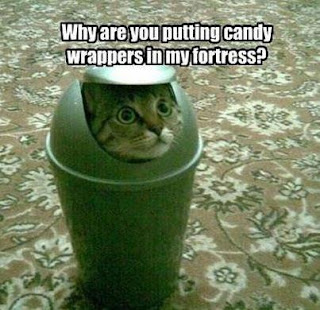 9:20 PM. Well, what do you know? Just like a chicken, a CNN anchor runs around for a few seconds after his head has been cut off. 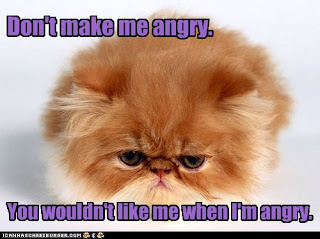 9:35 PM. Have inadvertantly switched over to FOX. Glenn Beck and Ann Coulter are talking about how they would have lasted a lot longer than Anderson Cooper against Doctor Phil.

Must turn off FOX. Even for humans, those people are nutty. 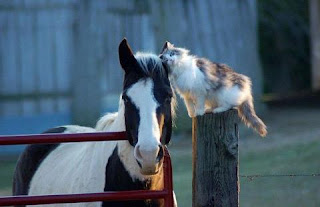 10:35 PM. The staff has exactly twenty five minutes to walk back in the front door. Otherwise I shall be displeased. 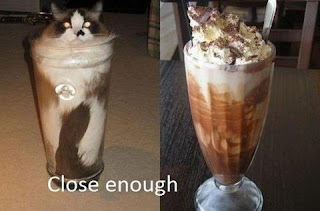 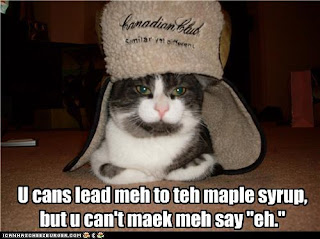 11:05 PM. Watching news. Nothing at all of interest to the concerns of cats everywhere. All economy, crime, and anti-Thunderdome legislation. No word on the supply of catnip and milk. 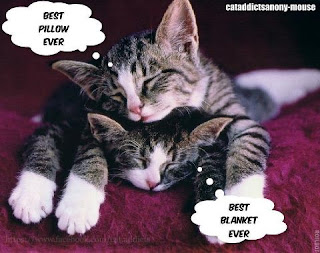 11:30 PM. Still no sign of the staff. Wondering if she's off getting lucky. This will not do. I must personally approve of any matings she undertakes. 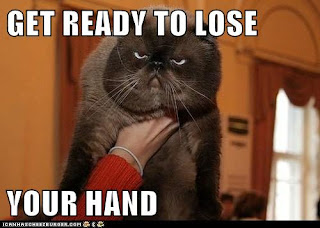 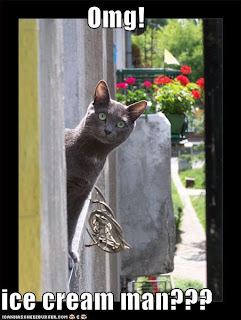 12:55 AM. I have no idea where you are at present, staff, but you have heard of getting home on time, right? 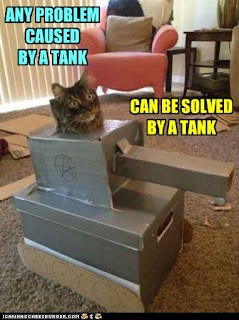 2:15 AM. Finally. The car turns into the driveway. The staff gets home.

Merely over three hours later than I told her to get home.... 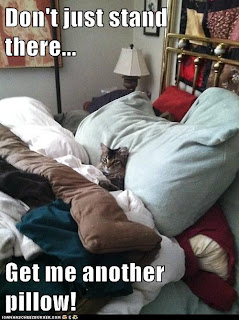 2:17 AM. Staff walks in through front door. Must stare at her in my most disapproving way. 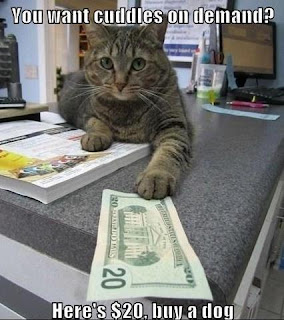 2:20 AM. Staff goes on and on about how lovely a wedding it was. Meanwhile, I spend my time discreetly sniffing at her. Must know for certain if she has been copulating.

Especially with someone who likes dogs. That would be entirely unacceptable. 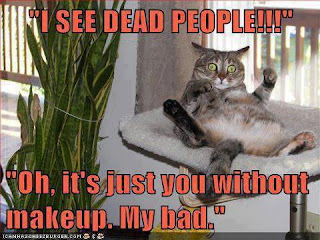 2:30 AM. Staff heads upstairs for bed. Following her up. Can pick up no trace of scent of other person on her. Must impress upon her the need to respect my curfews in the future.

Maybe in the morning. I'm getting rather sleepy myself. I haven't had a nap in over ten hours, after all... 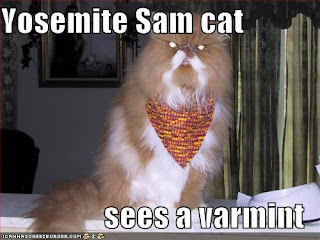 Posted by William Kendall at 6:13 PM