A Prelude To Overlord

"Just as the defending force has gathered valuable experience from... Dieppe, so has the assaulting force. He will not do it like this a second time." ~ Field Marshal von Rundstedt 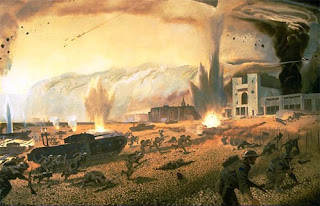 Before I get to things today, have a look over at Lyn Fuchs' blog Sacred Ground, where I wrote a guest blog about the Three Peaks Challenge in Great Britain. Have a look, and let me know what you think.

Tomorrow is Remembrance Day, the ninety fourth anniversary of the end of World War One. The guns fell silent in the trenches of Europe on November 11th, 1918, and ever since, the day has become a focal point, across the world, for remembrances of the sacrifices of veterans not only of the First World War, but the wars that were to follow.

This year marks the seventieth anniversary of the Battle of Dieppe, a moment that weighs heavily on Canadian history during the Second World War. The raid on the Nazi held port of Dieppe in France on August 19th, 1942 turned out to be a disaster for the invading forces, mostly Canadians, with a number of British soldiers and a handful of American rangers, and the supporting air forces.

After the evacuation at Dunkirk in 1940, Allied command set to work for the day when they could push back across the English Channel and start to drive back the Germans. Operation Rutter- later renamed Operation Jubilee as the specifics of planning changed- started to develop out of this, an amphibious landing on the coast, as a way to capture a port- or a series of ports- and test the strength of German defenses in preparation for a full scale invasion. In addition, there was pressure coming from the Soviet Union to relieve some of the pressure of the Nazi invasion into their borders. Dieppe was selected for its relative closeness, an asset for air support across the channel. The port is set along a cliff on the Channel, with two rivers flowing through, and at the time, German artillery batteries and coastal defenses already set up. 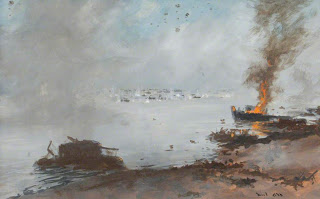 The operation, overseen by Lord Mountbatten, was meant to capture the port in an amphibious raid, conducting as much destruction on enemy defenses- particularly the artillery posts- as possible without destroying infrastructure, before withdrawing back across the Channel. It would serve as a test for the coordination of land, sea, and air forces in the eventual main invasion. General Bernard Montgomery, who would go on to take on Rommel in the Sahara the following year and annoy pretty much everyone else in the Allied Command through the rest of the war, selected Canadian troops for the bulk of the raid, to give them combat experience and seasoning. Nearly five thousand of the invaders were Canadians, men of the 2nd Canadian Infantry Division. They were joined with a thousand British commandos and fifty Rangers. They were supported by naval craft and aircraft from the RAF and RCAF, and were dispatched across the Channel.

The landing started well, though that didn't last. Commandos neutralized one of the artillery batteries on the west flank. Other beach landings in the predawn went the other way. German troops on the ground countered Canadian forces, in some cases driving them back and forcing them to evacuate before attaining their objectives. Other landings were disastrous, the waves of the Channel wrecking havoc with the amphibious craft, delaying their beach landings. Failing to take the eastern headlands allowed German artillery to blast the beach in the main attack area, dooming the raid entirely. Landing craft were destroyed. Men drowned. Others were gunned down as they arrived on the pebble beaches. Tanks were destroyed or disabled in the attack. Troops found themselves cut off from getting back to evacuate as the operation came apart, and found themselves forced to surrender. 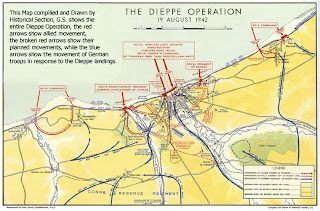 By the end of the morning, the raid was called off. 3367 men, of whom 2752 were Canadian, were either dead or taken prisoner on the beaches of Dieppe. The raid was deemed a failure, with the conclusion that Allied command had no appreciation for the risks involved in the operation. Still, lessons were learned, which would come in handy two years later in the Overlord landings in Normandy. Improved communications between field officers and headquarters was essential, as well as between the naval, sea, and land components of an invasion. The importance of a seaport for the focal point of an invasion was dropped out of further plans. The need for air bombing of enemy targets was made perfectly clear for an invasion to have a chance of success. Naval ships had to work much better to support infantry against coastal defences. Landing craft had to be improved. Beach obstacles had to be quickly dealt with and bypassed for infantry to gain a better foothold on landings. Everything had to be planned, down to the finest detail. Canadian General Henry Crerar later said that D-Day would have been a disaster had it not been for the hard lessons learned at Dieppe. 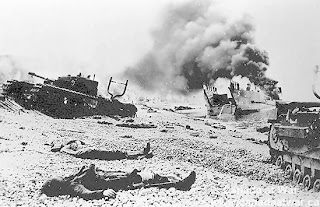 Seventy years on, we now know something that wasn't public knowledge at the time. Recently declassified military documents confirm the long suspicion that part of the true purpose of the raid was to capture German documents and devices such as the Enigma machine to allow Allied command to decode German communications. This aspect of the raid, it turns out, was devised by Ian Fleming, who went on to write about a suave secret agent years after the war ended. The attempted theft, or "pinch", as the English called it, didn't succeed at Dieppe.

The guns are silent now. Seventy years after Dieppe, most of the veterans of the raid are gone. Those who remain are in their late eighties or early nineties, like so many veterans of the Second World War. Each week that passes, more of them die. Across the ocean, the graves of those who fell are tended in perpetuity, sacred ground for the nations who sent their young to fight and die, not only to free Europe, but to save it... and the world itself. 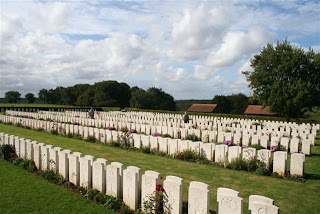 Posted by William Kendall at 10:51 AM