God Isn't A Fan Of The Maple Leafs 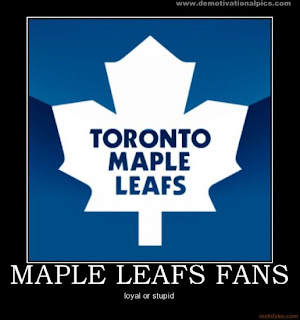 "How would you like a job where, every time you make a mistake, a big red light goes on and 18 000 people boo?" ~ Jacques Plante
"Hockey is murder on ice." ~ Jim Murray
If an Ottawa Senators player and a Toronto Maple Leafs player are tossed off a building, who hits the ground first? The Senator. The Leaf has to stop and ask for directions. 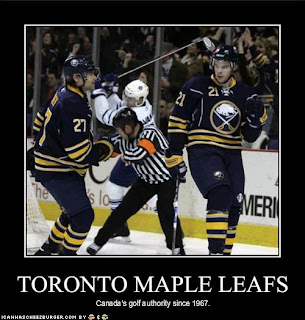 Well, the hockey season is coming to a close in the next few days, and the playoffs will soon begin. The last playoff spots are being filled, and my hometown team, the Senators, have secured a spot. How far they will go is another matter, but it's still a surprise, given that at the beginning of the season, most experts picked them to finish dead last in the Eastern Conference.
Meanwhile, as usual, the Toronto Maple Leafs have been eliminated from playoff contention, realistically, for weeks, after a skid that really started back in February and derailed the entire season. As is usually the case, recriminations and accusations are being cast about by pundits, reporters, fans, and staff about who's to blame. Those of us who aren't deluded into Leafs fandom know well enough that to be a Leafs fan is to suffer endless torture for generations, always starting out the season believing that this is our year! We're going to win it!... only to see it all fall apart in the spring. The Leafs do, after all, have to get in their golf practice early on, you know.
I shouldn't laugh. It's been several years now since the Leafs last made the playoffs. It's been since 1967 since they last won the Stanley Cup. They're living under a curse, and none of the fans seem to understand a single definitive fact: God doesn't like the Maple Leafs. 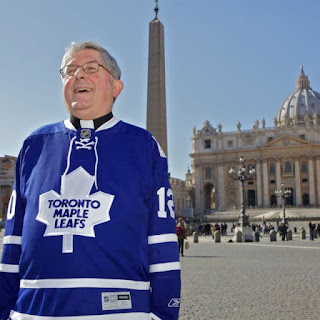 Some weeks back, Archbishop Thomas Collins of Toronto was elevated to the rank of Cardinal by the Vatican. Before the ceremony, he was in St. Peter's Square, wearing a Leafs jersey along with the usual priest's garb. You know, if a Catholic cardinal can't intercede with the Almighty to call in a favour to get the Leafs into the playoffs... it surely must mean He (more likely She) doesn't like the Leafs. 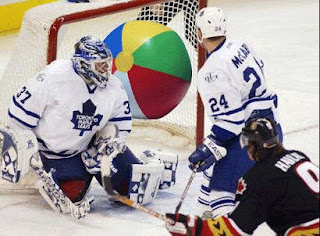 And so once again, the Maple Leafs have to look to next year while good teams embark on the playoffs. They have to talk about "rebuilding" and "refocusing" and all sorts of meaningless platitudes. The fans, meanwhile, will continue to delude themselves into thinking that surely next year will be the one when the curse breaks.
And the rest of the hockey world will keep laughing at them. 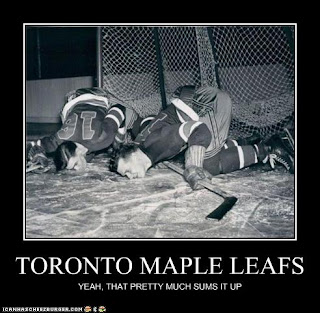 This is a safe bet for the business to undertake, no? 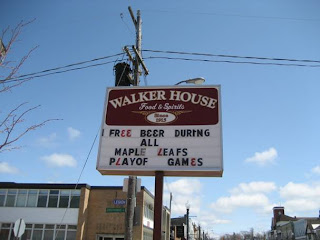 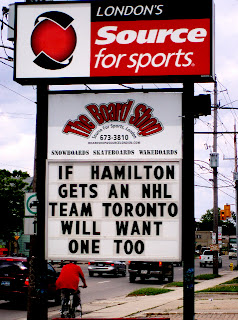 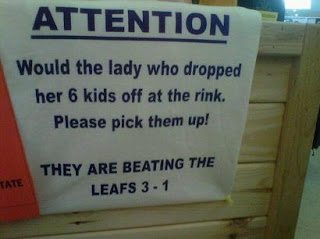 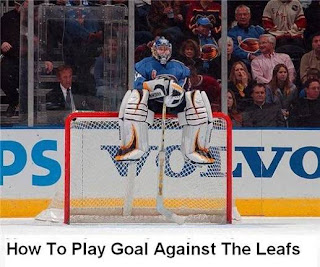 Hockey continues to be a source of humor in the world of editorial cartoons as well. If it's not the inexplicable poor logic of the NHL not to do anything about fighting (really, it detracts from the game), it's the state of play among hometown teams that gets the cartoonists inspired.... 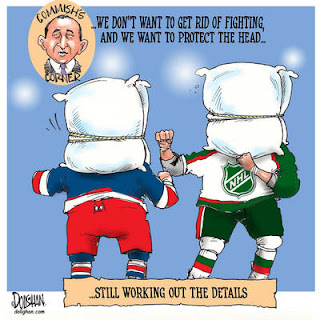 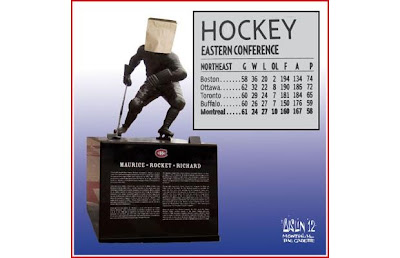 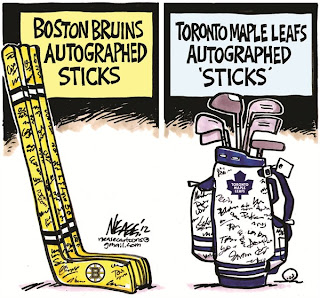 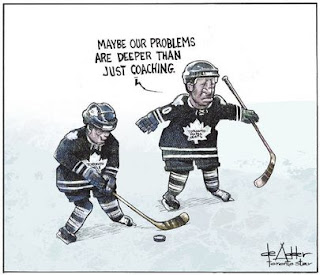 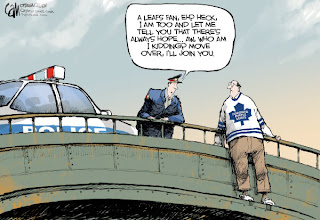 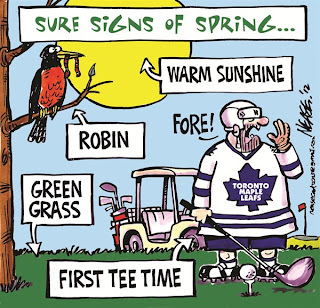 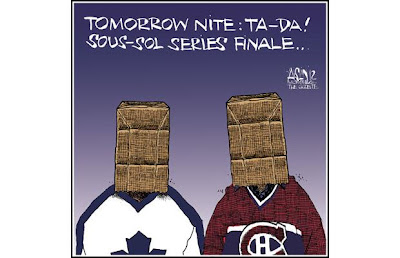 And yet the seasons go on. And one thing that remains consistent as time goes on... the Toronto Maple Leafs continue to blunder their way into disaster. The fans heckle and rant and boo. And inevitably despite their protests that they've had enough when the season ends, they'll be back in October, deluding themselves yet again. 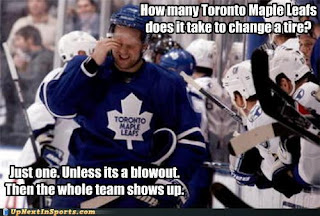 Sorry, Leafs Nation. You're devoted to a team that's not going to win the Cup anytime soon. Give up. Find another team to root for. One that has a good chance of getting into the playoffs on a regular basis. One that's a contender. Believe me, it's better for your emotional well being in the long run then to be psychologically tortured season after season. 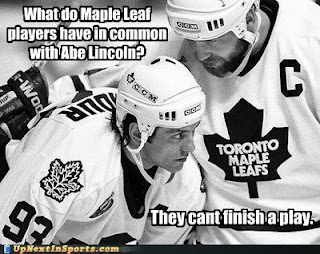 And if you don't heed my advice and turn your back on the Leafs, well, then all I can say is....
Nyah nyah nyah nyah! 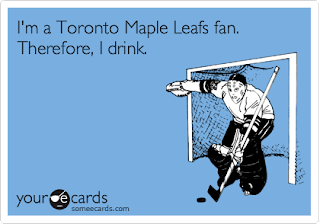 Posted by William Kendall at 9:29 AM