N Is For Negotiation

No, in case you were wondering, I have not decided to suddenly jump into the A-Z blog challenge that's going on through April. However, since today is (apparently) the N-day for that event, and since the title of this particular blog has been in drafts for quite awhile, I thought it more then appropriate to put it in play today.... 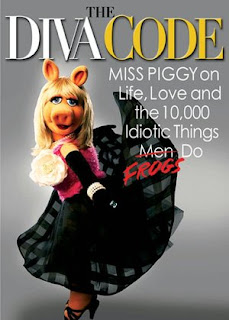 Korean Peace Talks Stall At United Nations After Negotiators Annoy North Korean Delegation
New York (AP) Delegations from the two Koreas met at the UN this weekend to attempt to restart peace negotiations for the troubled peninsula, which has been technically at war since the end of the Korean War, with no real peace treaty in place. United Nations officials attempted a new direction by appointing a trio of Muppets to act as negotiators. In what watchers described as a “dubious” course of action, given the recent failure of Middle East peace talks by Beaker, the Muppets known as Miss Piggy, Animal, and the Swedish Chef were appointed to oversee the peace talks.
Of the trio, only Miss Piggy can speak coherently. The Swedish Chef speaks primarily gibberish, while the drummer Animal is best known for grunts and often shouting simple words. The two nations sent teams of representatives in for a closed session. For six hours, talks continued at UN headquarters while anxious international diplomats waited for word. 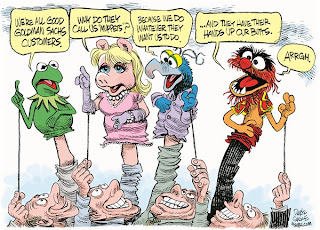 The talks did not go well. The doors burst open, and the leading North Korean representative stormed out, looking bloodied and dishevelled. “Someone must kill that hairy thing!” he shouted at reporters and diplomats in halting English. “It lunged at me for no reason! I offered no provocation, and it attacked me!”
The rest of the North Korean delegation exited the room, looking furious. One stopped before a group of reporters and sneered. “Is this what we deserve? Our Glorious Departed Leader would never stand for having our nation so disrespected! Having two incomprehensible and one self-absorbed children’s puppets serve as negotiators is an outrage! Is this what the United Nations thinks of us? And you wonder why we hate everyone else on the planet!” 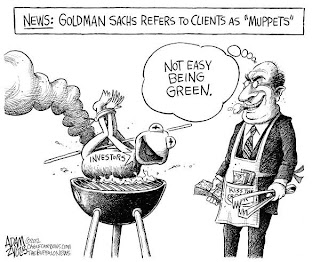 The South Korean delegation emerged after the departure of their counterparts. They offered no comment, looking ashen-faced.  The negotiators themselves emerged with comment. Miss Piggy was in the midst of the trio, looking as fashionable as ever. The Chef, looking odd in a suit and his customary chef’s hat, gazed at the assembly of reporters and diplomats. And Animal, his eyes as crazy as ever, seemed to be sizing up everyone, looking for a fight.
The Chef spoke first. Much of what he said, this reporter could not understand. There was much rambling, the occasional term Bork used, and a phrase or two in English. “Demilitarized zone” was one such phrase. 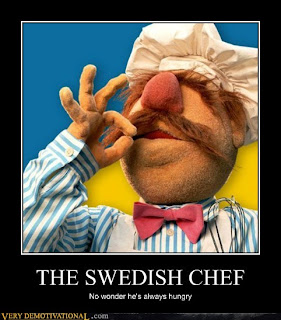 Animal was less talkative than usual. “Mad!” he muttered once or twice as the Chef went on and on. “Yelling!” was yet another term he used. His attention seemed to fall on a passing diplomat, a fetching woman later identified as being with the Austrian delegation. “Woooooo-man!” he screamed, breaking loose from the crowd and chasing her. 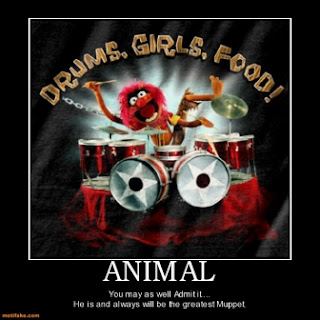 Miss Piggy, as usual, had the last word. “Ahem. If you will all pay attention to moi, I will tell you what went wrong today. It seems that the North Korean delegation were completely incapable of taking moi seriously. This did not please moi at all. I am, after all, Miss Piggy, world famous superstar and adored by all who meet moi. Especially my Kermie. I will not put up with disrespect. They didn’t see it that way, and, well, to make a very long story short, things only got worse from there. Accusations were made, they started screaming at us and at the South Koreans... and then the head of their delegation kicked Animal. Well, I can assure you that Animal wasn’t going to take that. So of course he had to attack him. Now, if you’ll excuse moi, I have a frog to get home to.”
Miss Piggy started on her way past the crowd, photographers taking her picture. She paused long enough to pose, and then added, “Oh, by the way, the North Koreans said as far as they’re concerned, the war’s back on. Or something like that. I don’t know, by that point I wasn’t paying attention anymore.” 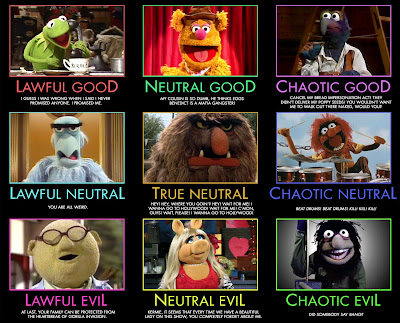 Posted by William Kendall at 10:48 AM