Testing The Patience Of The Almighty 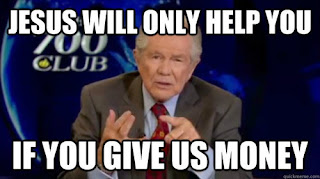 Houston (AP) He spent the better part of five decades building up a prosperity gospel empire of televangelism through his megachurch and cable outlet. He managed to somehow avoid consequences through a series of scandals. And he’s been the object of both adoration and scorn, depending on one’s opinion of the man. Now, Geoffrey Worthington, the founder of the Trinity of Truth Fellowship Church, has died in an unusual incident at his compound outside Houston, an event that authorities are describing as baffling. 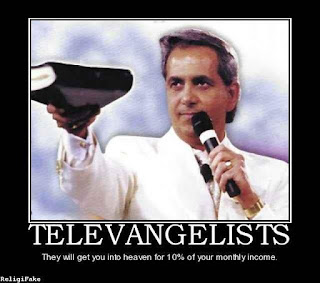 Worthington, born into a Baptist family in Louisiana seventy three years ago, grew up in what he described as a strict but fair household. “The Bible was read ten times a day and Mother’s place was in the kitchen. Yes, praise be, that’s as it should have been,” he said in an interview with CNN ten years ago after he had just evaded tax fraud charges in federal court. “It was idyllic, people knew their place, and their place was comin’ to church and puttin’ money in the collection plate and keepin’ Father employed as a pure bred white as snow fire and brimstone preacher, praise be!” 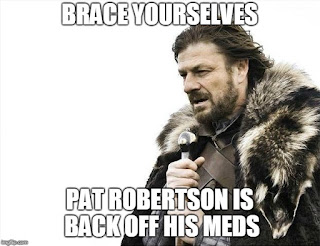 Fire and brimstone may have worked with his supporters, but that and many other things alienated many. Along with Pat Robertson, Oral Roberts, and Jerry Falwell, he was one of the foremost advocates for the so called religious right and often made calls for greater influence in politics. He was known to have strong views against equal rights for women and minorities. His style of evangelism catered to the prosperity gospel school of thought- that financial blessings are the will of God, and that donations to religious organizations ends up increasing material wealth. 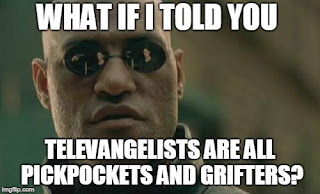 At least for Worthington, that was the case. Donations to the church he founded and developed made him an exceedingly wealthy man, worth nearly a hundred million dollars, based on donations solicited not just from his ten thousand member church, but the web of supporters who followed his broadcasts faithfully on his Trinity of Truth cable network, founded in 1989 and viewable throughout the South. 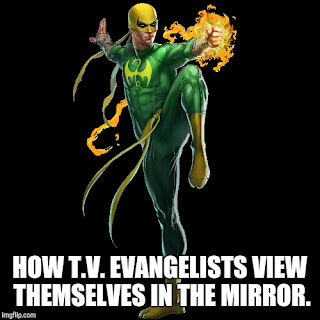 Worthington never seemed to apologize for the fact that he was wealthy, and that the source of that wealth might be described as widows on social security sending in monthly donations. “Praise be to God almighty!” he once told his flock in a sermon that went viral for all the wrong reasons. In 2007, criticism of the evangelist grew after the family of an elderly widow stopped her monthly payments to the Trinity of Truth church, citing the fact that a quarter of her pension was being given away to a multi-million dollar religious enterprise. “The Lord himself told me that the blessed widow Perkins would provide! And in providing, she would be provided for! Praise be, some of us are meant to eat canned tuna and stale crackers, and some of us are meant not to! Can I get an amen, brothers and sisters?” 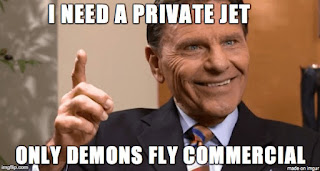 His tone deaf sermon and picking the pockets of his flock mentality did not go off well in a world where televangelists had been spending years getting into scandals and finding their one-time respect eroding. Worthington dodged sexual harassment allegations in the late nineties involving a former secretary, managed to talk his way out of a prostitution scandal, and weaseled his way out of tax evasion charges a decade ago. He was known for verbal gaffes that often gave away his real world view, criticized for remarks that suggested sympathy for the Ku Klux Klan and other organizations, and hinted at his veiled contempt for civil rights organizations. 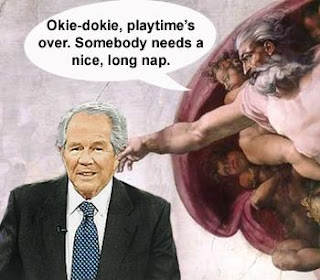 And yet his flock remained devoted, turning over a tenth or more of their income to his organization under the promise that they would share in the material wealth of prosperity. “It’s gonna happen anytime soon now,” Billy Lyle, a Houston drywall contractor who attends the church told reporters. “I’ve been givin’ lots of money to Paster Geoffrey for fifteen years now, and one of these days, I’m gonna be rich just like him, amen!” 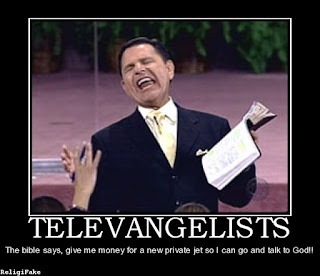 Last month Worthington raised eyebrows by announcing on one of his broadcasts that God wanted him to have a new jet. Like other evangelists, who have suggested that flying commercial exposes them to demons, Worthington has used some of his wealth to purchase private planes for travel. “I need it, brothers and sisters, I really do,” he noted. “My latest plane is heading towards the end of its useful shelf life, and I need a new one so I can go around the world and do the Lord’s good work, praise be!” he cheerfully told the camera. “So what I need you to do is send in some extra money. I know, bless y’all, you send in so much, but even if every single one of you sends in an extra five dollars a week, that’ll get us there, and isn’t it more important to do the good work of the Almighty, praise be, than to have that one extra cup of coffee? Hallelujah!” 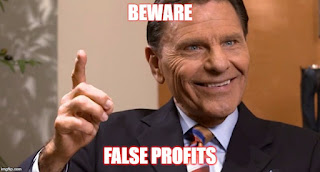 And perhaps the reply was not one that he expected. Yesterday, Worthington was in the garden at his compound, going over notes for his Sunday broadcast. It was a clear blue sky sort of day, not a cloud in the sky. One of the gardeners on the property took note of him at a distance, reading his point form notes out loud, and then saw a flash of light accompanied by an instantaneous thunderous boom. 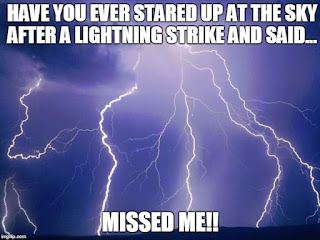 “It was a lightning flash,” Sheriff John Mowbray told reporters at the scene. “Not a cloud in the sky, but witnesses at a distance all saw the strike. The gardener was unharmed. But Reverend Worthington was… well, cooked. I shouldn’t say it like that, but that’s about the only way to describe what he ended up looking like. Sufficed it to say, I think it’ll be a few weeks before I feel like barbecuing out on the deck at home.” 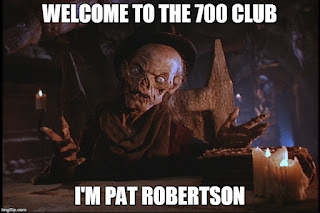 And so comes the passing of a giant of his profession, struck down by lightning on a clear day. A freak accident? The wrath of the Almighty? While God hasn’t had any comment on the matter, the Devil met reporters at a public relations firm in Dallas last night, smelling of sulfur and brimstone and looking rather red. “I can confirm that the not so reverend Geoffrey Worthington has just begun his first day in an eternity of everlasting torment down in the seventh circle of Hell. We’ve got him started by being a little creative- having him watch money burn up just out of his reach. I think a few thousand years of that for starters is a good way of getting him acquainted with Hell. He doesn’t seem to be taking the transition very well. I told him, ‘well, this is Hell, after all.’ He seems to still think he was supposed to go to the other place.” 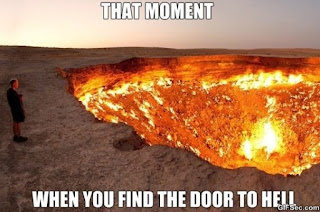 The last word belongs to Billy Lyle. “He was a great man, praise the Lord! I don’t care what nobody says about him when they say bad things. Y’all know we all provided for him, so he provided for us. Y’all think he’s going to leave me anything in the will?”

In the opinion of this reporter, it won’t take long for Billy Lyle to be disappointed. 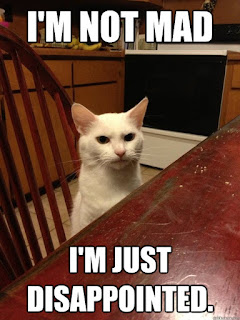