The Dragon Boats Upon The River

As I am busy over at my photoblog with a series on Doors Open, I have a post here today on last weekend's Dragon Boat Festival here in Ottawa. In its twenty fifth year, the event takes place down at Mooney's Bay, a wide stretch of the Rideau River where the river and the Rideau Canal part ways for the last time as they both head through the city core towards their end. This view of the bay is from the bridge crossing to the north- dragon boats were being rowed into position after a race. 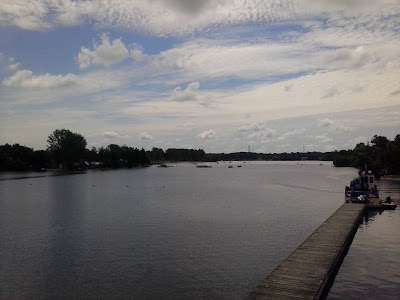 This is a regular feature here at the bay, a pirate boat which goes out sailing regularly and hosts, among other things, children's birthdays. 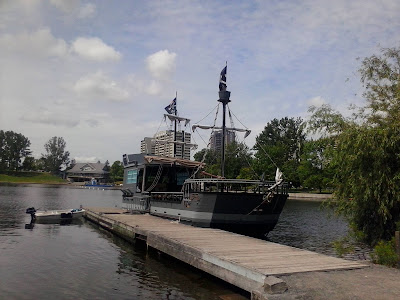 The park area was busy, with many teams under shelters in between times out on the water. Spectators were taking in the events, and parents had their children out in the large playground that is here. 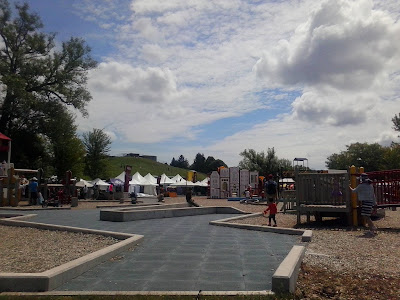 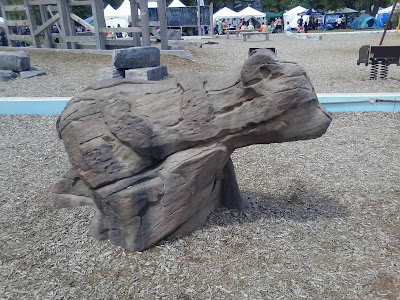 Here we have some of the teams at rest. This is a big event, raising money for charities, and bringing in  teams from near and far for the weekend. 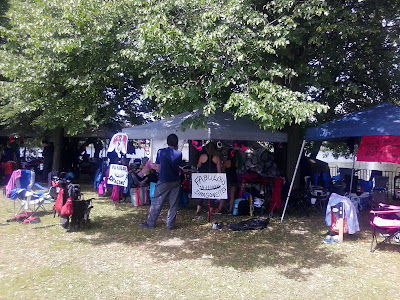 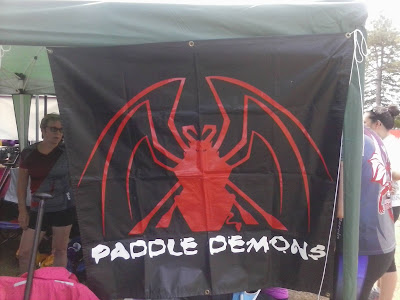 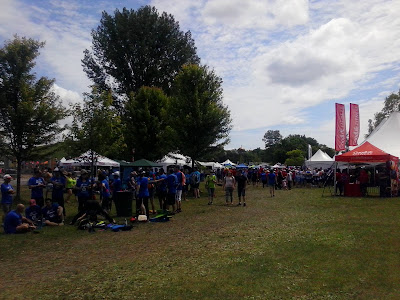 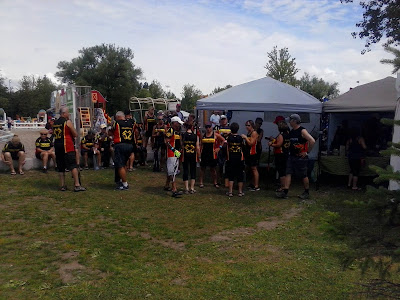 Here we have a view of the bay. One of the teams was rowing their way upstream to get into place. 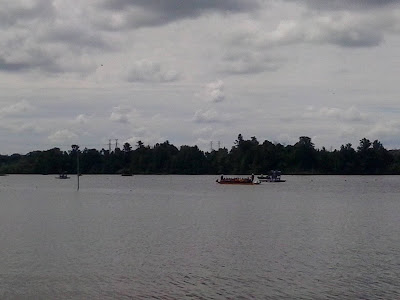 The calm before a race. This was as far as I could go- I imagine the fellow on the dock was an official photographer with the organization that puts this event together each year. This is thought to be the largest such event of its kind in North America, with over two hundred rowing teams involved during the course of the four day event. 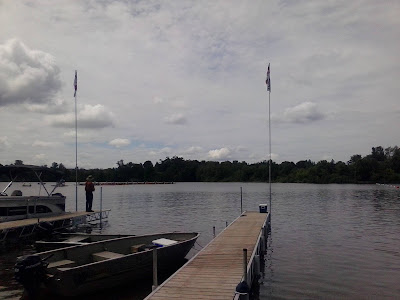 And they were off, rowing their hearts off down a two hundred metre stretch to the finish line. 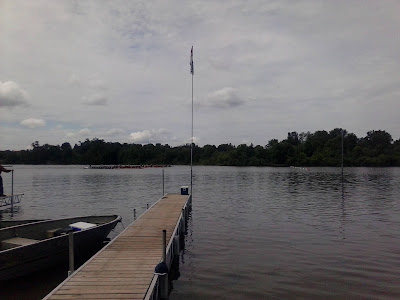 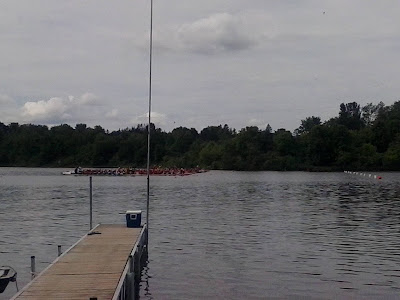 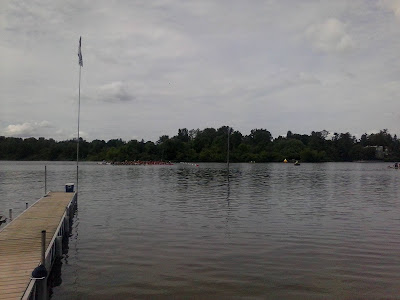 With one race done, another set of dragon boat racers were heading off towards their place at the start line. 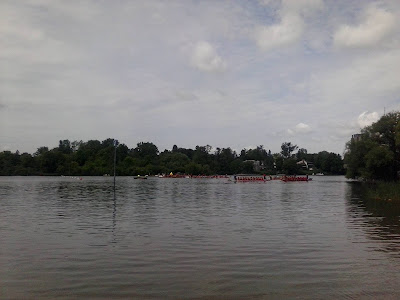 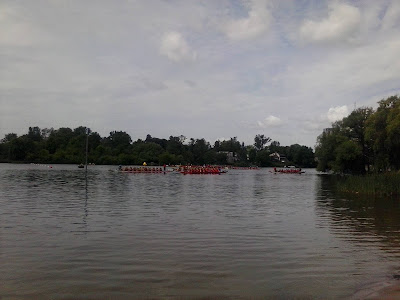 There were some unusual characters out and about in the park, including members of a local Star Wars cosplay group- Imperials in this case. 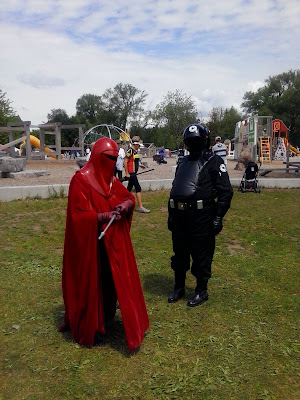 The park is dominated by a large hill overlooking the water. I went up to the top and got in views of the bay and the surrounding area. A stage is set up for concerts in the evenings during the festival. 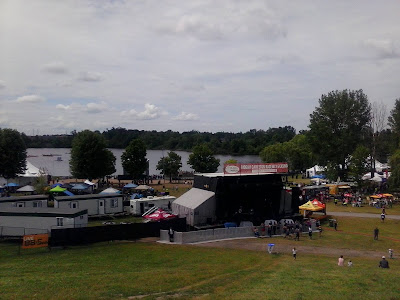 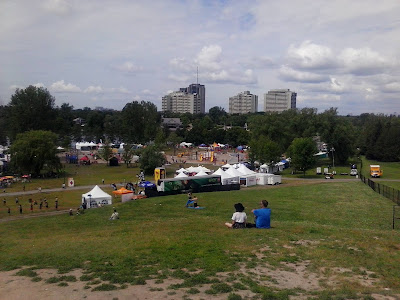