A Final Push Towards The Finish Line

As I am busy over in my photoblog with Tulip Festival shots, I am posting a photo post here today. Last weekend saw Ottawa Race Weekend here, two days of several races, ranging from a kid's race to  the full marathon, which was done on Sunday morning (along with a half marathon). This is the biggest race event taking place in the National Capital Region each year.

I had gone down to the farmer market that morning, and came back through the Glebe neighbourhood, drawn towards the Pretoria Bridge, which marked the turn-around point for the race course, and the final stretch for runners. Those who had come down Colonel By Drive on the east shore of the Rideau Canal here crossed the bridge and started up Queen Elizabeth Drive, which is where I was standing, along with others cheering them on. 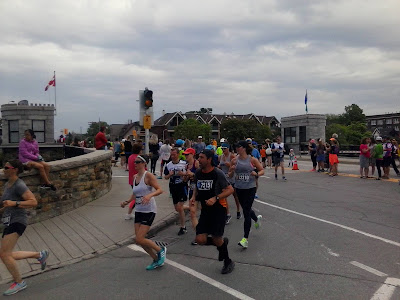 Nearby I climbed a short slope to photograph the bridge itself. This is near the top of the slope; a freeway bridge parallels the Pretoria Bridge. 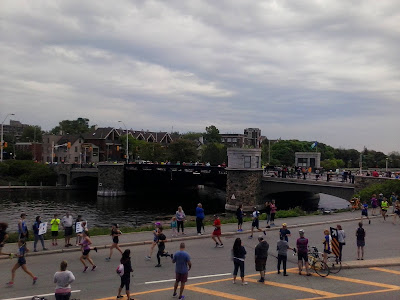 Then I descended back down to the street level and decided to follow the final stretch of the course downtown. In the background you can see runners making their way down Colonel By Drive for the turn. 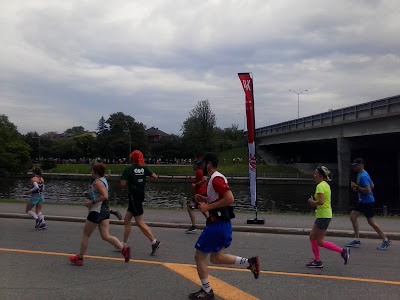 Runners doing the marathon must have been exhausted by this point. It wasn't an overly hot day, but they probably appreciated this fellow, using a hose to create a misting spot on the course. 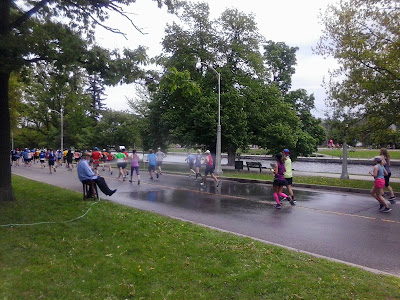 There were many signs of encouragement along the way, some of them being held by cheering onlookers, others posted like this. 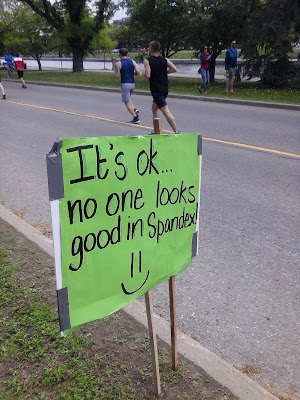 I walk a lot, but am not a runner. There are a lot of running clubs in the area, and over thirty thousand participants were involved in at least one of the runs over the weekend, raising over three quarters of a million dollars for various charities. Some were doing so to qualify for other races, like Boston. Others were doing it just for the pleasure. The courses of the half marathon and marathon were chosen to take  in some of the landmarks on both sides of the Ottawa River. 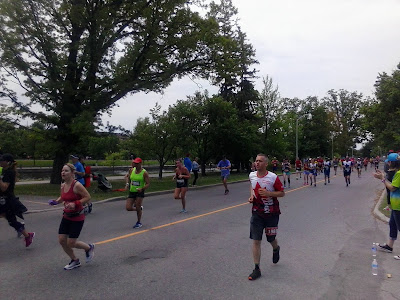 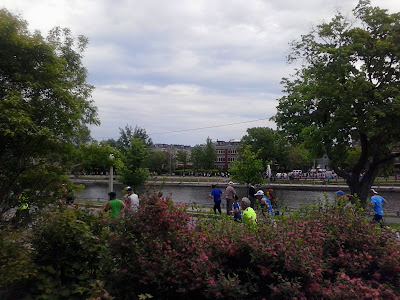 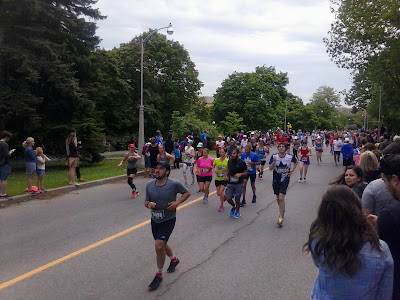 Near the finish line, a scaffold had been set up as a temporary bridge. This allowed those traveling from the area on the right to access a pedestrian bridge over the Canal, to the left of this picture. It also made a handy perch for the photographer. 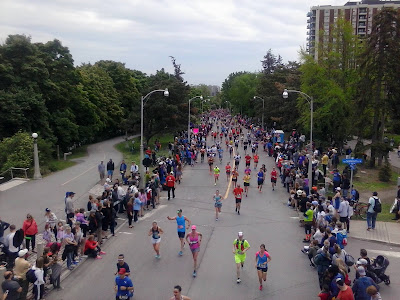 Here we have views south from the Laurier Bridge. These runners had made it through the finish line, buried in the background, and were making their way into the nearby Confederation Park to unwind from their run. 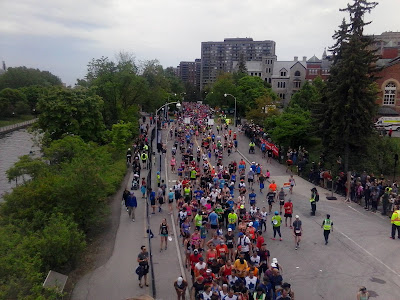 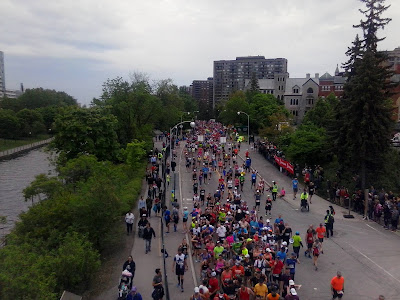 I crossed over to the north side of the bridge, taking in runners still coming down Colonel By Drive. This shot takes in landmarks like the Canal itself, Parliament Hill, the Chateau Laurier, and our convention centre. 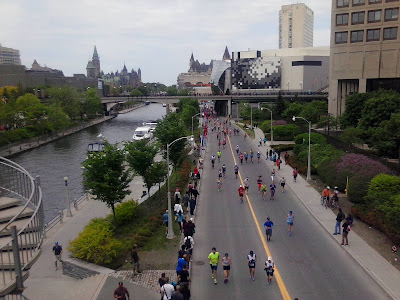 I saw a good number of dogs with their humans as I had walked the course. I photographed three of them here on this side of the bridge. One of them didn't seem happy to see me. 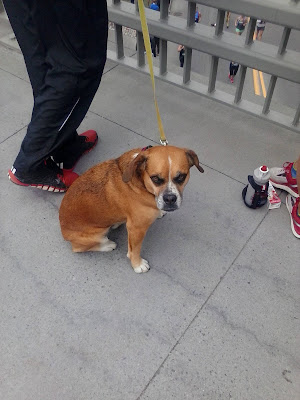 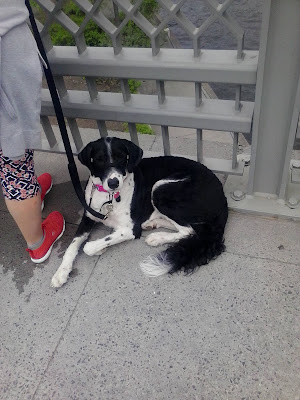 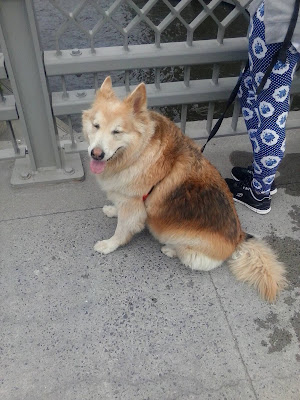