Curse Of The Endless Sharknado 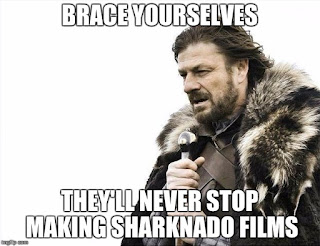 Fifth Sharknado Film Infests The World, Drives People With Taste Up The Wall

Los Angeles (AP) Anthony Ferrante and David Michael Latt, the self described brain trust behind the Sharknado direct to TV series of awful films, are basking in the attention of the fifth film in the franchise, Sharknado 5: Global Swarming. The film series, which mangles basic physics and biology while providing jobs for Z-list actors, has seen actors Ian Ziering and Tara Reid play a husband and wife pair of nitwits improbably confronting sharks swept up out of the ocean and into places around the world, terrorizing everyone in their path.

Now the latest chapter of the franchise has made it to television screens on the Syfy Channel in the United States and has been making it to other cheese-fest cable stations around the world, bringing a story of a global sharknado epidemic, with the aforementioned nitwits being somehow the only people who can save the day. The latest chapter of the film continues the tradition of Z-list celebrity cameos, including Geraldo Rivera, Fabio, Al Roker, Kathie Lee Gifford, and Charo. Absent for this chapter was David Hasselhoff, who starred in a couple of the earlier films but who is the subject of a mutual restraining order after fights have broken out with Ziering. Neither one is permitted within five hundred feet of each other at all times. 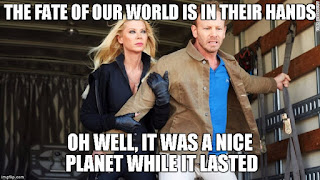 Ferrante, Latt, Ziering, and Reid met reporters at the studios for the film company The Asylum recently to discuss the franchise. A clarification- real reporters, namely those with a working brain, and entertainment reporters, none of whom have a working brain. The latter slavishly drool and fawn over anything remotely famous, such as Z-list actors like Reid and Ziering. The actors looked thoroughly pleased with themselves as they joined the director and producer on stage.

“What can I say about Sharknado?” Ziering said. “It’s saved my career. Saved my life too. I mean, I’ve said it before, the loan sharks were going to break my legs before I got the role in the first film, and it’s kept me famous and on the right side of the financial ledger ever since. Pretty good for a guy who got famous for playing Steve Sanders on 90210. Hey, if Luke Perry’s out there watching right now? Screw you, buddy! Who’s on top now, you James Dean wannabe?” 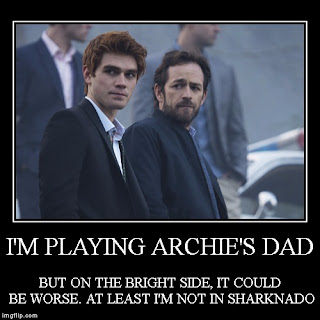 As a side note, Perry himself, who’s been in the Archie-reboot series Riverdale for awhile, shrugged when told about Ziering’s taunt. “Honestly? I’m just glad to be working. In a role I don’t have to be ashamed of when I look in the mirror once or twice a day. How a guy goes through life being proud of playing opposite bad CGI sharks in really lousy movies is beyond me.”

Back to the matter at hand. Reid was prattling on while the entertainment reporters were gushing. “....and it’s meant so much to me to have this role, to be working again, to be recognized in the streets. The last thing I ever wanted to become was the sort of actor who stops working and the next thing you hear of them, it’s thirty years after their last role and they died in a county fair stage disaster mounting their forty seventh comeback. That’s not going to happen to me, no! Because there’s no stopping the Sharknado franchise!”

Ferrante nodded. “That’s right. We’re going to keep this series going. Make it a bigger annual tradition in America than Thanksgiving! Who needs turkey when you can have Fin and April carving up flying sharks with a chainsaw, right?” 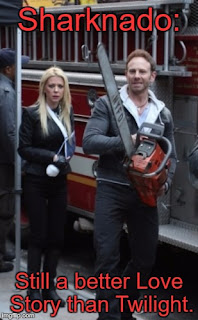 “That’s right!” Ziering said. “People love us. They love Sharknado! They want more! Because we’ve touched a cultural nerve. This, ladies and gentlemen, is better than the Renaissance or the Enlightenment or any of that crap. This... is the Age of Sharknado! By the way, I’m copyrighting that term. Anyone using the phrase Age of Sharknado from this moment on has to pay me twenty thousand dollars.”

One of the entertainment reporters spoke up. “Did you miss working with David Hasselhoff this time out?”

Ferrante and Latt looked alarmed, as if wondering if the reporter had somehow blanked out the whole mutual restraining order between Hasselhoff and Ziering. Ziering looked incensed. “That old man? Who wants him in anything? Biggest egomaniacal ham I’ve ever seen in any project,  and don’t forget, I’ve worked with Shannen Doherty.” 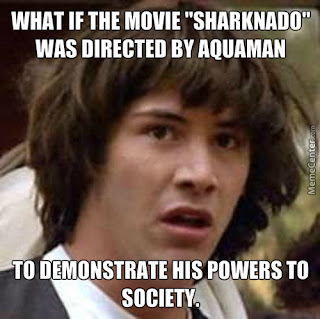 There was a loud racket at the entrance to the hall, and a bellow. “Take that back!”

Everyone turned. There, standing there fuming, was one of the more obnoxious of the world’s Z-list celebrities. David Hasselhoff, self described as “The Hoff”, a talentless hack and punchline to a bad joke, wasn’t in on the film, after all, and there was that aforementioned bad blood he had with Ziering.

Ferrante rose up. “David, now we don’t want any trouble...”

Hasselhoff started coming down the aisle. “If you didn’t want any trouble, you should have just automatically written that bleached blond punk Ziering out of the film and made me the star! Because I am the star! Everybody loves the Hoff!” 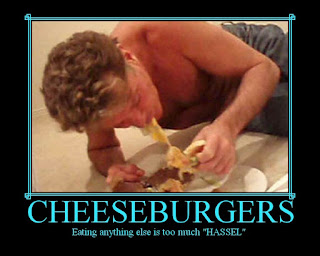 “Not everybody, old man,” Ziering shot back, standing up, glaring at his rival.

“Shut up! Don’t interrupt the Hoff when the Hoff is talking!” Hasselhoff ordered.

“Don’t tell me to shut up!” Ziering hollered. “You shut up!”

“I told you to shut up first!” Hasselhoff countered. “You’re an embarrassment to the profession!”

Ziering came up around the table where the others were positioned. “Oh, I’m an embarrassment? You’re the guy who ate cheeseburgers off the floor during one of your drinking binges, old man!”

Latt looked around. “Could someone call security?”

Hasselhoff looked even angrier. “They’re not drinking binges! I drink to relax! To calm my nerves! To make myself feel better! I drink because the bottle’s the only thing that understands the Hoff! That doesn’t make me a... wait, what were we talking about? Oh, yeah! You’re an idiot, Ziering, and you’re stealing my thunder! Go back to 90210 already, Sanders!” 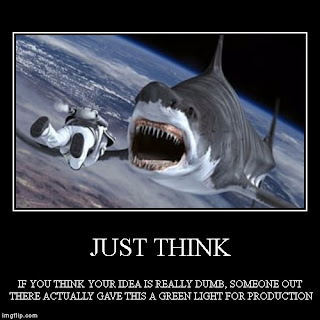 What followed was another fight, two grown men kicking and punching at each other, clawing eyes, pulling at hair, delivering shots in each other’s direction. Security guards intervened to pull them apart, but Ziering got in one last punch, hitting Hasselhoff squarely in the nose.

Hasselhoff screamed in agony. “My nose! He broke my nose again!”

The two actors were dragged in different directions, yelling at each other the whole time. Reid looked puzzled. Ferrante shrugged, and Latt said, “What you just saw? That’s progress. They were far worse on set.  Anyway, folks, thanks for coming, and don’t forget... Sharknado 6 can’t be too far away, can it?” 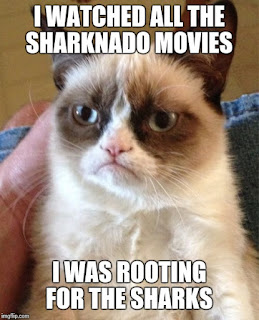