A Hidden Treasure Of South America

I have another photoblog post today in the Ottawa Welcomes The World series. This event is ongoing through to the beginning of December here as part of Ottawa's celebrations of Canada 150. The city has been hosting embassies in showcasing their countries in the Horticulture Building at Lansdowne Park. On one such occasion, it was the nation of Uruguay's turn. To be honest, I had very little knowledge about the country beforehand- looking around online though indicated the country has a very good reputation for political stability and freedom, a high standard of education, and a welcome economic status. Nestled between Argentina and Brazil, the nation has a moderate climate, and much of the country is close to the Atlantic Ocean. One of the people here made note of the fact that the country has over three million people (a good part of them in the capital)... and 19 million cows. Obviously cattle are big business in Uruguay. 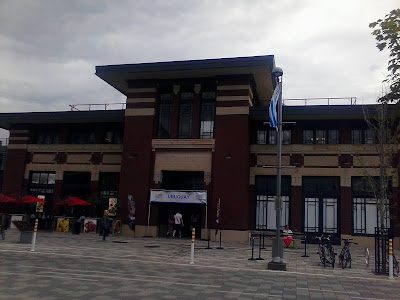 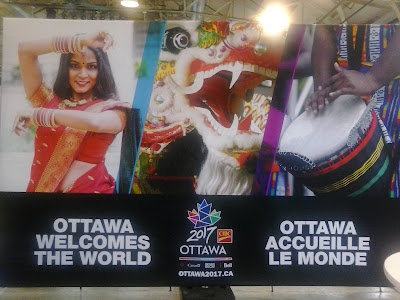 There was a lot going on that day, as I came back several times. Photographs of Uruguayan landscapes mounted on the wall caught my eye. Particularly a rather unusual bridge. 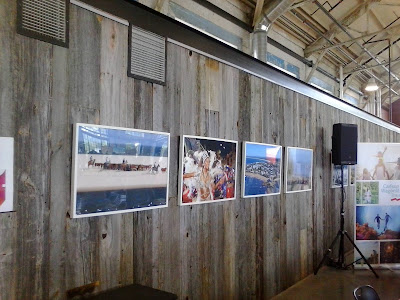 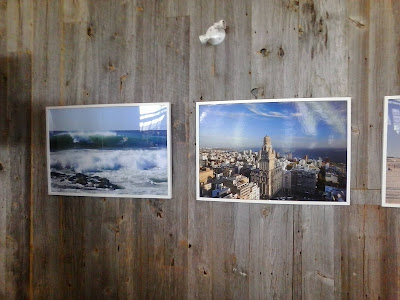 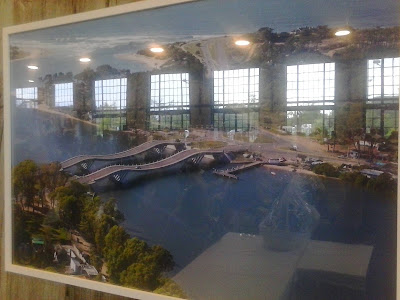 Items such as those used in the cattle business or crafts were on display. Travel information was readily available too. 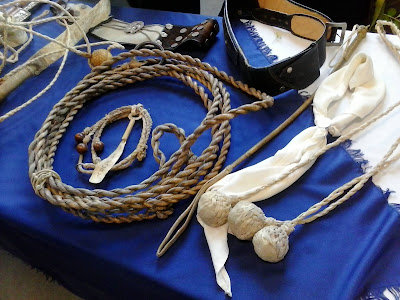 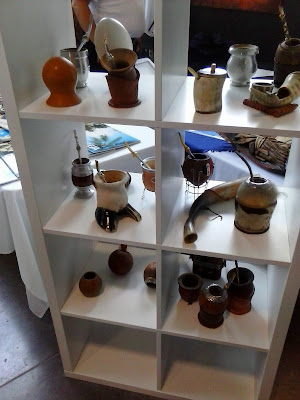 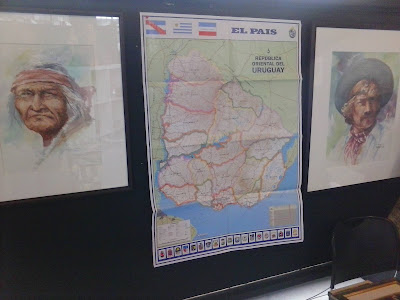 So too were food items. Uruguay's climate, moderated by proximity to the ocean, makes for good conditions for vineyards and olive groves particularly, and there were samples for tasting of each, as well as cheeses. 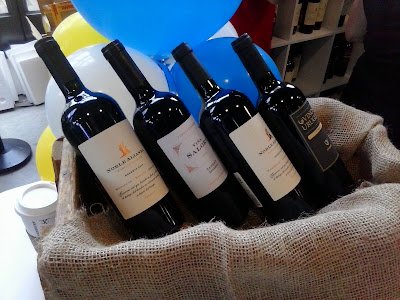 There were also a couple of cakes for the occasion. I thought it best to photograph them before there was any cutting of the cake- a very sensible precaution, because by the time I got back, they were being sliced into. 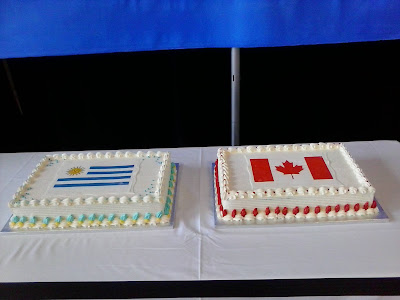 And outside, meat was being grilled for lunch. Later in the evening they had plates of Uruguayan food for dinner, which isn't spicy in the way you expect of Latin America, but mild and delicious. 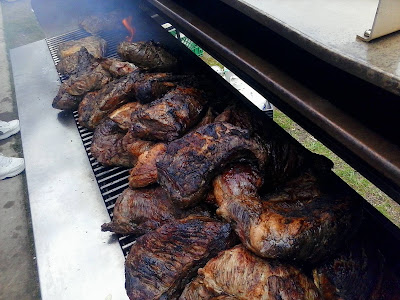 At one point tango lessons were being offered. Dancers from a local tango group, Siempre Tango, were on hand. Two of them were instructors for a session I photographed here during Doors Open, an event I'll be showing in detail in the photoblog for a theme day in the fall. 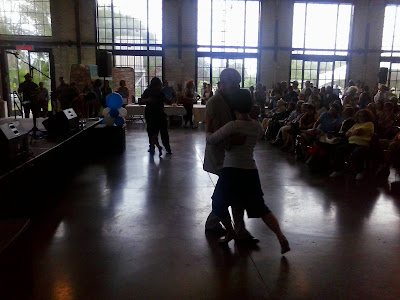 There was something else here in the evening. Carnival is big throughout Uruguay, and particularly the tradition of candombe, which is centered in Uruguay and has been recognized by UNESCO as part of humanity's culture. It is a combination of drums and dance. It started with a documentary about a woman who had been involved in the tradition as a dancer for many years (she's in the third shot below), and brought in the dancers and drummers into the building from outdoors. The sound and energy of the candombe just electrified the atmosphere of the evening. 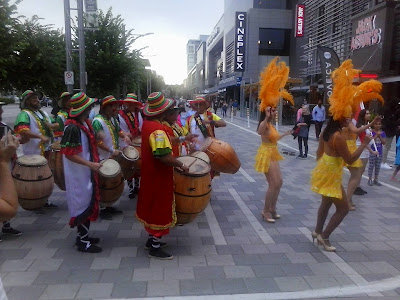 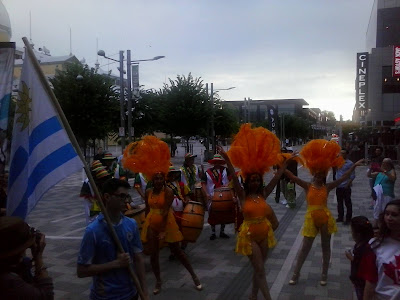 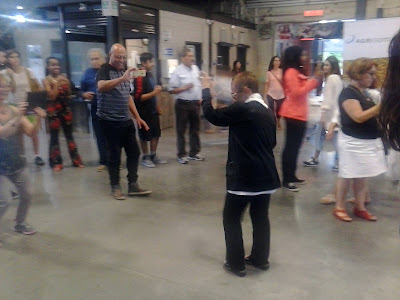 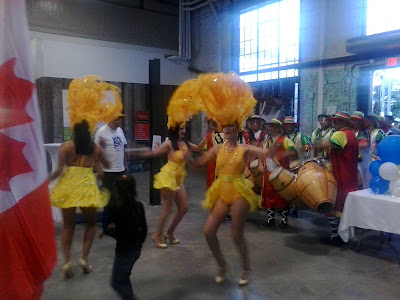 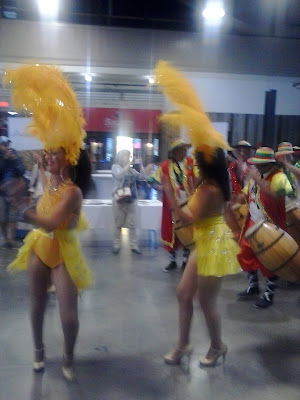 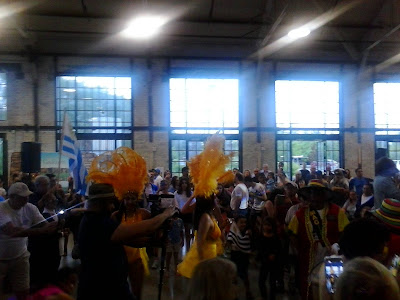 Afterwards, there were musicians on stage. It was a thoroughly enjoyable occasion, one that made me definitely want to visit the country. 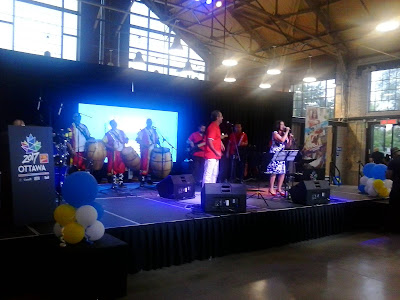 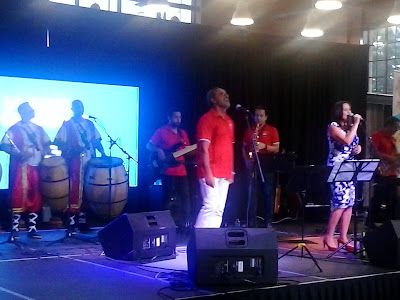