A rant is in order today. Before we go any further, another word of warning- avast ye maties, there be swearing ahead! So in case your morals run to the Victorian code where colourful language is concerned, you may as well consider yourself warned in advance.

So it turns out I was back in Facebook jail again.

Again- emphasis on the again.

This has happened before.

And as before, it was a wrongful suspension. 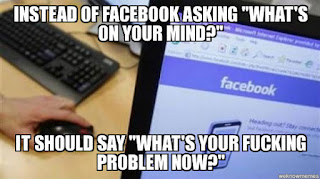 All I did was heckle a misogynistic woman hater. A guy who frankly deserved to get heckled. One of those drooling half-wits with a mad-on for the entire world in general and the female half of the species in particular.

And for that, I was turfed.

When this happens (and it’s becoming old hat for me now), there is absolutely no appeal. You can’t like a thing, you can’t post a thing, you can’t even post a complaint in the Help Community. The Help Community is pretty much worthless- nobody who actually works for Facebook goes there. Facebook refuses to get back to you. You can complain all you want to those automatic boxes- the ones that tell you you’re still under suspension and if you think this is wrong, click here and tell us why, thank you very much- but there’s never a reply back. Facebook is stone silent, no contact information, no customer service, nothing. Zilch. Nada. Bupkis. Niente. 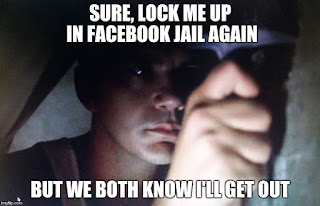 So I was stuck for a month. There’s only so much you can do- such as trotting out your shadowy secondary name to at least post links at your page. That gets tedious, what with Facebook making you write out  captchas each time (on a side note, I hate captchas). I was told I’d be able to post a message in the Help Community as of August. Never happened. I tried it once, and was promptly told I was not allowed to do so as I was under suspension. Let’s just say wasting twenty minutes writing out a formal complaint and then not having it take is, well... kind of fucking irritating. So instead I marked the time by adding a prison movie picture with snarky commentary most days during that lost month. As it turns out, even now when the suspension is over, I am now blocked from initiating any question in the Help Community. It seems Facebook doesn’t like being held to account, or criticized, or taking formal complaints in any form. 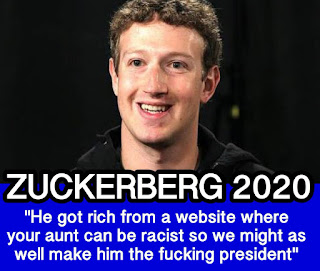 I’ve noted in previous post-suspension rants about how hypocritical those community standards are. Any time I’ve been suspended, those comments never did cross that line. And yet 99% of the time when I report a comment.... it comes back as “this does not violate our community standards.”

I report a comment when it does cross that line.

I report remarks that are from hate mongering bigots. Anti-Semitic scum. Homophobic zealots. White supremacists. Things that stomp all over the line of civility, decency, and reason.

Ninety nine times out of a hundred, comments that would by all rights classify as hate speech just get a free pass. That’s Facebook, saying that hate speech is perfectly acceptable to them. 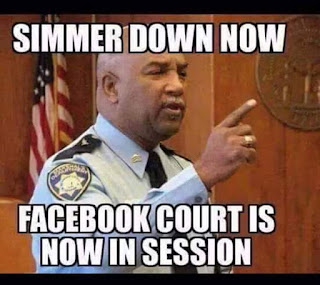 Some weeks back, I reported a comment on a news story about a sexual assault case. Of anything in this world, surely that comment would justify being deleted, and the user expelled permanently from the site. The “man” in question wrote the following: “well who wouldn’t rape her?”

Not according to Facebook, which found it perfectly acceptable. “This does not violate our community standards.”

So your “community standards” sees nothing wrong with rape. Wow. 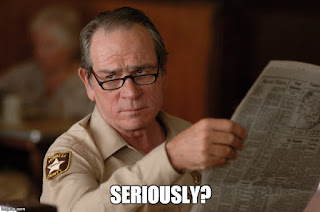 Another recent story brought out a pretty malevolent sort of guy, who made threatening remarks to several people over the course of the thread. I reported comments he was making to one of the other individuals: “I think I’ll take a vacation up to Ontario..... and stab your whole family.”

That’s a threat. That’s intent. Granted, the fucking asshole doesn’t have the knowledge to find said person, and deep down he's a gutless coward anyway, but this is the sort of person who’s going to end up on the news someday after butchering seven strangers, and whose neighbours will say, “but he always seemed like a nice normal guy to us.”

Facebook’s response? The same old “this does not violate our community standards.” 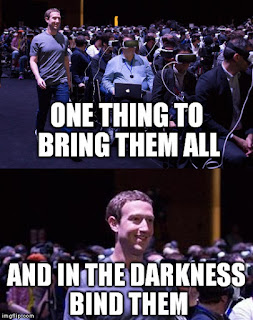 Your fucking community standards are a damned disgrace. A joke. A pile of hypocrisy. You throw someone out for not violating them, with no bloody appeal, and then you turn right around and give a free pass to hate mongering garbage to spew their toxic waste.

Which leads to one conclusion- your community standards slap us around while giving bigots free rein because deep down, you agree with the goddamned bigots. You see nothing wrong with hate mongering and death threats and rape.

If you refuse to deal with people who have legitimate concerns, if you continue to treat people in such a blatantly two faced way, if you refuse to develop a real network of service to the public for your site like every other form of social media has... you’re going to end up destroying yourselves in the long run. 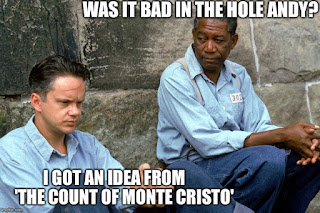 Mark Zuckerberg will never read this, granted. If I had a chance to speak to him, what would I say?

“Why is it acceptable to you to suspend people wrongfully while letting bigots routinely get away with everything? No pauses, Mark, no awkward ums, sideway glances, and equivocations. Just answer the fucking question.”

But there’s never going to be an answer. Because no one’s ever made him or his circle of co-founders answer the question. 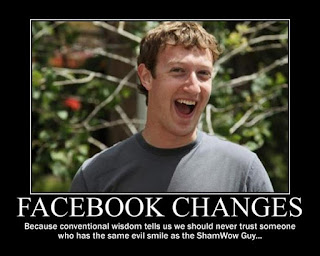