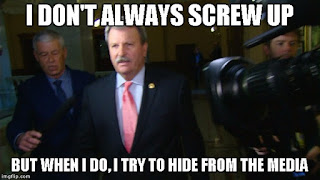 In this case, the knuckle dragging halfwit is in politics. Meet Jack MacLaren, a Member of Provincial Parliament from Eastern Ontario, one of the Progressive Conservative party members currently in the political wilderness (and rightfully so). Jack is a far right libertarian, with a history of putting his foot in his mouth, acting like an impertinent child throwing tantrums, and general stupidity. Along with Randy Hillier, another far right wingnut from this part of the province, Jack is one half of the two worst MPPs in the provincial legislature. He's been known to pick fights within his own party, let alone other political parties. Jack's been in trouble lately- it started with an event some weeks back that got reported on in the press. At a charity benefit evening, Jack decided to start speaking. Probably the wrong thing to do when you're really dumb and have absolutely no impulse control. 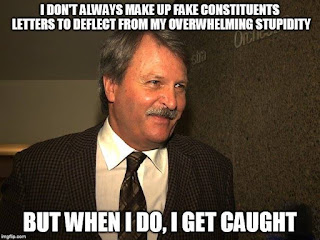 Jack ended up singling out a Member of Parliament, a federal counterpart whose riding is also in this area. She happens to be from the Liberal Party, and she happened to be present that evening- he even pulled her on stage. He made some sexually crude remarks about her and her husband, pretty much aiming at personal humiliation. The audience wasn't that impressed by him, and yet he kept at it. One might be surprised that he got out that evening without getting punched. He certainly would have had it coming. The evening's lowlights made it to the media, became a front page story, and yet another reason not to vote Conservative on any level, particularly with the way Jack dodged the issue, and with the way the Ontario Conservative leader, Patrick Brown, minimized things. 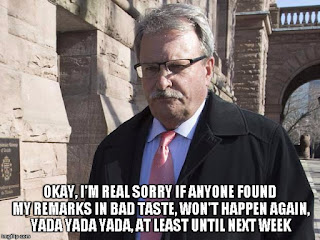 That wasn't where it ended, mind you. A few days later, Jack was in the news again. It turns out his website was filled with testimonials from constituents singing his praises. The wording of some of those testimonials were suspect. And those "constituents" had fake names and stock photos that had been used before online (including one of an actress). Jack's office claimed names were changed and stock photos were used to protect the privacy of those singing his praises, but that their words were true. 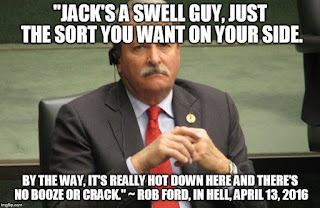 Then the website was shut, and all of that taken down. Given how much he'd already been lying, needless to say, those testimonials were as much bull as anything else Jack has ever said. He's been busy trying to dodge the media, while Brown started off by giving him meaningless penalties as opposed to permanently kicking the misogynistic twit out of the party like he deserves. Indeed, it seems after days on end of hedging his bets, Brown finally gave Jack a time-out. The hashtag JackMacLarenTestimonials has been going around on Twitter ever since, playing around with the notion of people singing his praises in a totally fictional way. Most of what follows here are memes I've come up with. Enjoy!

And should this fall under his eye, well, Jack... you're an idiot. A moron. A stuck in his ways misogynistic troglodyte. You're the sort of person who's dragging back the progress of the human race. You're an asshole, Jack. You're the sort of oxygen wasting asshole that other assholes look at and say "what an asshole!" Those are probably a lot of big words for a brain so limited as yours, so you're going to need a dictionary.

Middle finger right at you, you despicable pile of crap. 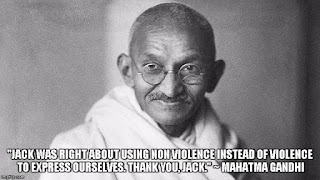 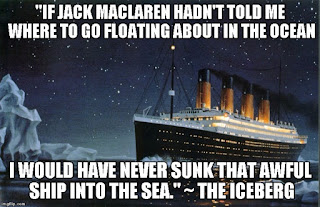 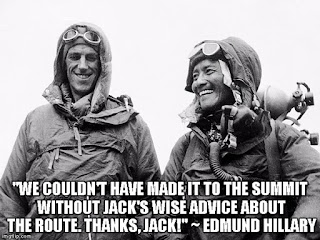 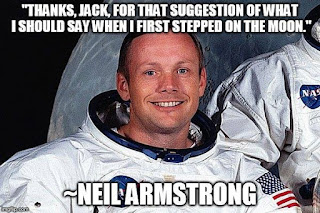 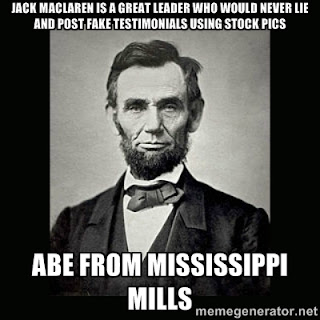 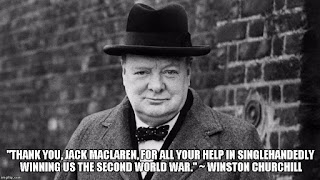 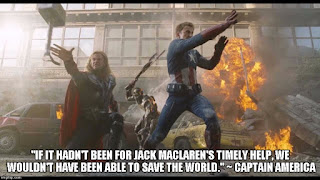 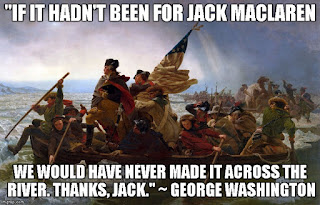 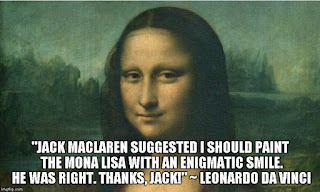 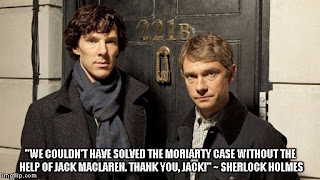 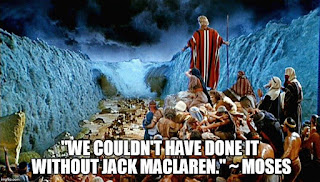 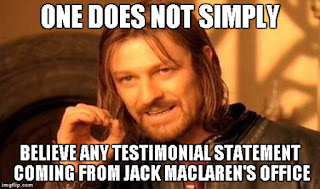 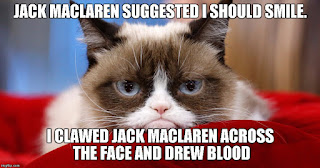