Just How Stupid Can Stupid Be? 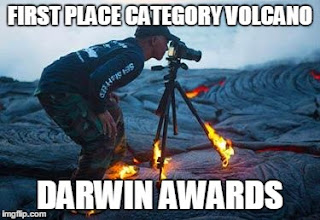 To rephrase a quote from Jane Austen, it is a truth universally acknowledged that stupidity has no bounds and tends to breed. Apologies to Jane for reworking some of her exquisite writing, but hey, in this case, it does apply.

An incident made the papers some days ago of one example of sheer stupidity. Of the explosion, gunfire, and carnage variety. It’s the sort of thing that would make for a Darwin Award- though that usually requires the idiot in question to have met a bad end in a very stupid way. This moron, on the other hand, managed to survive, though not exactly all of him. 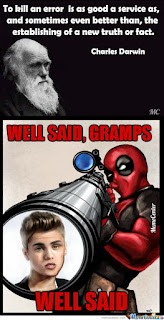 The story involves a fellow in Georgia (Fellow? Why am I calling him that? Hillbilly is more appropriate). It seems our boy has a thing for shooting things, particularly if those things go boom.

As it turns out, the local ordinances in the area allow for gun happy morons to buy a certain explosive, something called tannerite, used for target practice. One wonders precisely why it’s legal- morons handling any kind of explosive is, frankly, a horrible idea. Tannerite, when applied to certain surfaces and fired upon, emits smoke, perhaps giving sheer joy to single digit IQ halfwits who love getting their guns off, so to speak. There are strict warnings about tannerite, namely not placing it in, under, or near metal objects. The makers also warn about limits of how much of this you use, and to stand no nearer to the target than 100 yards. 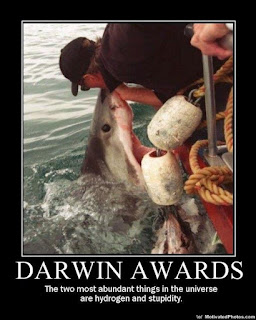 The halfwit in question, who shall go unnamed, but was old enough to know better (assuming his parents weren’t breeding too close to the gene pool, because if they were, it would explain the stupidity) decided he wanted to stuff the explosives- a good deal more than recommended, three pounds of it- into an old lawn tractor and have a wee bit of target practice. And capture it all on video, thanks to one of his buddies along for the occasion. The halfwit must have been having dreams of a viral video and proving his manhood. At least he got the viral video, but not for the reasons he would have wanted. You can have a look at it here if you like.

The knuckle dragging Neanderthal (and that’s an insult to Neanderthals, who in the last few years have had their reputations rehabilitated, and clearly would have known better than to do something this dumb) is seen firing on the lawn tractor, off in the distance with the big bad semi automatic rifle that makes up, perhaps, for certain short comings. In my experience, gun nuts like this are desperately trying to compensate for things like insecurities, low intelligence levels, and not to forget, scrawny genitals. 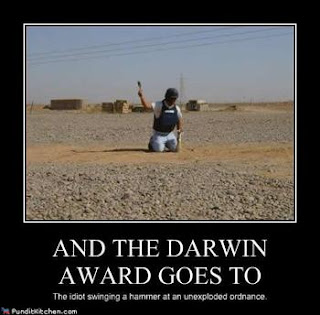 He moves forward, the camera behind him, continuing to fire, fire, and fire some more. In fact, he moves to about twenty five yards out from the tractor. Or, as the company that made the explosives warned, seventy five yards closer than he should. And then things go entirely wrong and he’s having a clearly bad day when the lawn tractor explodes. The camera goes haywire, the man screams, “I’ve blown my leg off!”  And his buddy yells for an ambulance. Fade to black.

As it turns out, by some stroke of misfortune, the only bit of shrapnel that flew out that far from the explosion just happened to slice right through one of his legs. Bad luck, old boy, but hey, when you start blasting away at explosives with your patented over compensation gun, there might well be one of those big words that drooling boneheads such as yourself need to look up in a dictionary: consequences. So of course he ended up in the hospital, lost a leg, and has thus gotten his viral video ensuring his utter and absolute stupidity for all time. 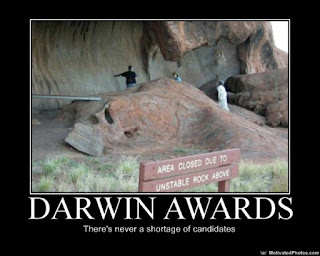 One presumes he doesn’t have that much in the way of medical insurance- at least of the kind that provides for things like prosthetic legs. So, our drooling good ol’ boy “Hey, Earl, watch this” buffoon might find himself in a bit of a pickle. How does one improvise for a prosthetic leg? It depends on how much of the leg went bye bye. I’m picturing a toilet plunger with a badly carved wooden foot attached with duct tape and a couple of nails. I’m also picturing the dummy having his leg embalmed and put up on a wall at home as a memento.

Just how stupid can stupid be? Unfortunately this world has no shortage of idiots- here in Canada we can see that in the drooling twits who have been mourning the late and utterly unlamented crack smoking Rob Ford. In the States, Donald Trump is gleefully manipulating a sea of them into believing he’s an ideal guy to sit in the Oval Office. 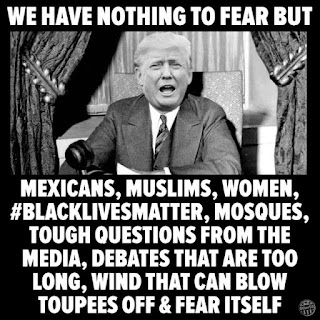 It’s also my experience that people this dumb tend to have whole litters of kids. Down in Georgia they might call their kids with double names. Jim Bob. Ella Mae. Bubba Joe. Bessie Sue. Jefferson Davis. Or perhaps to keep things simple, Jethro. Someone this dumb no doubt already has a few rugrats running around the house, so he’s already managed to pass on his own sheer stupidity (which came from his father, and his father’s father, and so on and so on for generations) to yet another generation.

If the halfwit was capable of learning his lessons (odds are he’s not capable of that), he’d no longer pick up guns and use explosives for target practice. But being an idiot of the first order, some day there’ll be another story on the news about a one legged hillbilly meeting a bad end when he does the same thing with a beat up pickup truck, and a nice slice of shrapnel decapitating him this time. 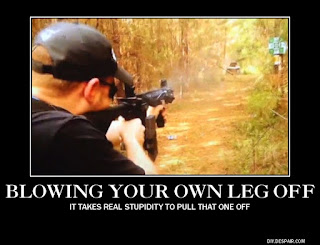