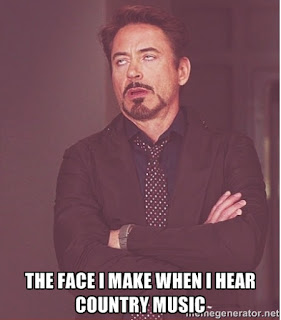 Nashville (AP) It is a rare occasion when tabloid magazines are accurate in their sensationalist headlines. One of those occasions is now unfolding. A few days ago Life & Style carried a cover story with the headline ‘Gwen And Miranda At War Over Blake’. The story concerns itself with country singer Miranda Lambert, her ex-husband Blake Shelton, and his new paramour, pop singer Gwen Stefani. Billing their inside story as about revenge, jealousy, and anger, the magazine could be found at pretty much any checkout in a grocery store. Rational people look at such magazines, of course, either rolling their eyes or wondering who these people are. 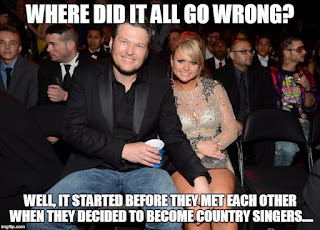 As it turns out, the story is more valid than the usual Don’t Use My Real Name sources that such tabloid stories have suggested. While Shelton is off on tour, Lambert and Stefani are actively engaging in armed conflict, amassing personal arms and their own armies of mercenaries to wage war against each other.

“I know, it seems strange,” Sheriff Joe Garrett of Davidson County, Tennessee acknowledged to reporters. Lambert has been living in the countryside outside Nashville since her marriage to Shelton collapsed earlier this year, and her home falls in his jurisdiction. “I know that she’s been stockpiling weapons and tanks and a couple of missile launchers and a brigade of former soldiers, but what can I do? This is America. If you’ve got enough money you can buy pretty much anything. She has assured this department that she means absolutely no harm to anyone except, and I quote, that vile man stealing ***** Stefani. If you ask me, I think she needs some serious therapy. Maybe yoga, or a big bag of weed. Wait, don’t quote me on that, weed’s still illegal in this state.” 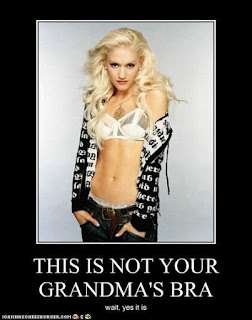 Stefani, for her part, recently bought a house in Davidson County, an odd thing for a pop singer whose only connection to Nashville is dating one of its stars. She and Shelton started their romance, which has been a subject of much tabloid fodder, shortly after the collapse of his marriage. “It’s odd,” a source who prefers to remain anonymous told this reporter. “She has really nothing in common with that part of the country, she’s more of a west coast person. And yet here she is setting her life on hold to marry a guy who looks like he got hit in the face with an ugly stick. Did I mention I don’t like Blake Shelton?” 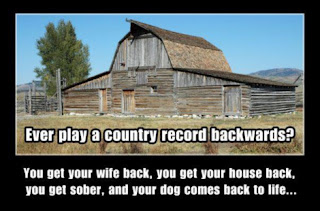 Stefani has been giving a pop style makeover to her new digs, a former ranch in the countryside. She’s also been amassing a brigade of former soldiers of her own and building up a personal arsenal. “Guns, ammo, missile launchers, personnel carriers, a few tanks... you name it, she’s got it,” Garrett confirmed. “We’ve tried to get both of them to keep their heads and not lose their tempers, but hey, these are both musicians, and as such, they’re both egotistical. I probably shouldn’t say that publicly... I mean, there are a lot of musicians in my county, and I’ve got an election for sheriff to win next year.” 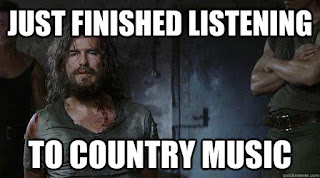 There have been shots fired on both sides. Stefani and Lambert’s mercenaries have fired on each other, but strangely enough, blood is yet to be shed. Garrett shrugged. “These guys must have all washed out of the military for incompetence. I mean, they fire like they’re Imperial Stormtroopers. Nobody hits a thing.”

Stefani has taken to wearing a military uniform of sorts and issuing terse statements. “If Lambert does not stand down her forces, I will be hereby obliged to unleash the forces of the No Doubt Brigade fully upon her.” 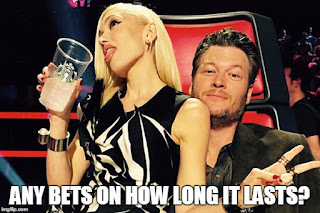 Lambert, for her part, sneered in her own response. Like her rival, she’s taken to wearing a pseudo-military uniform. “I will not be denied my revenge,” she declared in a brief statement to the press. “My cheating bastard of an ex-husband takes up with that.... that.... that... I know I’m not supposed to say it, I mean, I’m a country singer and I’m not supposed to swear, but hey, what the hell? That *****! I won’t let that go!” With that, she walked away.

Aside from running her own personal army, Lambert is in the studios recording a new album, one that insiders have hinted will be venting her fury at her ex. “She’s picked up some hints from Taylor Swift,” a producer told reporters. “When someone breaks your heart, rake them over the coals through your next album. Which, incidentally, is why no one wants to date Taylor Swift anymore.” 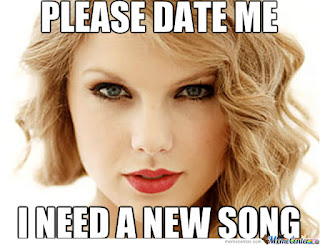 The governor of Tennessee, meanwhile, is at a loss to defuse the situation. Bill Haslam sighed when reporters asked about the two private armies now operating in his state. “Look, if I say anything remotely critical of all this amassing of private arsenals, I’m going to have the NRA and every survivalist group in the state come down on me hard,” he admitted. “And frankly, I don’t know which of those is crazier. Wait, I shouldn’t have said that, I get plenty of political support from the NRA. Sorry guys!” 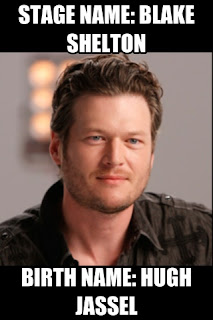 And what of the subject of all this? Shelton is out on tour at present, trying to duck questions about his unconventional love life. Reporters caught up to him at a concert in Atlanta, where the singer (who does, in fact, look like our anonymous source suggested, like he was hit in the face by an ugly stick) looked sheepish. “I don’t know what to say,” Shelton told reporters. “I could have handled all of this better, sure. It’s a bit humiliating to have your personal life get played out in the tabloids. I mean, if we’re going to take them seriously, Miranda’s got a voodoo doll of me being made.”

He shrugged. “Now if you’ll excuse me, I’m on stage in ten minutes. Gonna sing a new song tonight. About how my ex burned down my house and took my dog and blew up my pickup truck. That last part actually happened last weekend.” 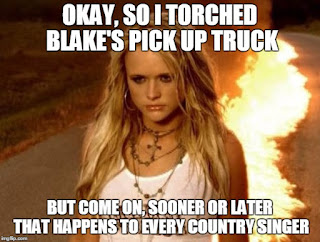 Posted by William Kendall at 8:28 AM