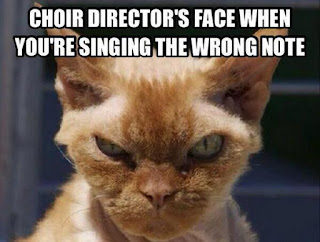 It is a curious thing how the small things can bring back the oddest memories.

I tend to work ahead (or at least plan ahead) for my photoblog, taking photos in advance so I’m not scrambling at the last minute to put something together. Christmas is going to be interesting, though- I’ll have to get some photos in the few days beforehand for some posts, but the ideas are already there. And as it turns out, I’ve already taken some shots for those few days.

Such was the case in late November, on a brooding day when I passed by the National Arts Centre here in the city. It’s a concert and performance centre in the heart of the city, and through December happens to be holding various concerts and performances related to Christmas in one way or another. I took several shots of billboards promoting those concerts, including a couple of this one. I’ll be posting this with the others before Christmas over at the photoblog. 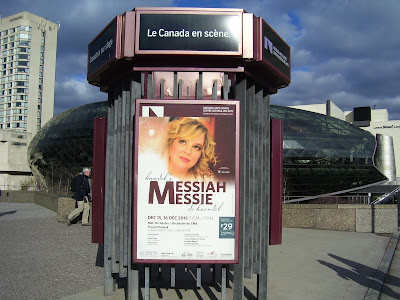 You might be hard pressed to find someone who hasn’t heard at least parts of Handel’s Messiah. It’s become a Christmas tradition to have concert performances with choirs, both in large cities and small towns. This despite the fact that the thematic material of the music probably fits better with Easter. The National Arts Centre always puts on performances in December of the oratorio. I’ve seen it performed several times over the years, including here, but also in church sanctuaries.

The first time I saw it was in Georgetown, the closest town to where I grew up in southern Ontario. A church hosted a concert by a local choir, the Georgetown Choral Society. It’s been around since 1971, under the leadership of a fellow named Dale Wood. Mr. Wood is a well respected music director in the area, and has spent some of his time as a private teacher for pianists and organists- my father took lessons from him, so knew him quite well. Wood has taken the Society on tour in Europe several times, so for a town choir, the Society has a good reputation. They put on the Oratorio that night in a concert I attended with my parents. 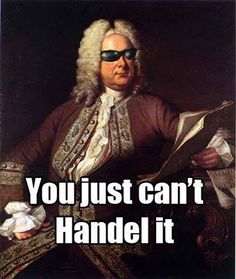 Thinking of that made me think of another matter where the Society was concerned. In the mid-nineties there were plans to tour the Netherlands to mark the fiftieth anniversary of the liberation of the nation in the Second World War. There was someone in the area, an organist and sometime conductor who we’ll call Mr. Van Ego for now. He was a businessman who’d opened organ and piano shops in southern Ontario after immigrating from the Netherlands. According to what my parents knew about it (aside from knowing Wood, they knew members of the Society as well), Van Ego wanted to muscle in on the Society for their Netherlands tour as the director, basically supplanting the actual choral director.

His reasons? Well, he was Dutch and Wood was not. Oh, and basically because he thought so highly of himself and everyone should just bow down and follow his commands. Hence my nicknaming the egotistical bastard Van Ego. I could have called him Richard the Third in a nod towards the whole supplanting the rightful king, but that would be an insult to Richard. 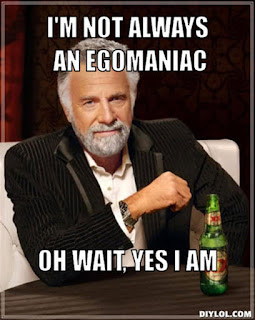 Essentially the Choral Society told him in a polite way to go to hell, standing with their music director. That’s to be expected- my impression of Wood has always been that of a decent fellow with a refreshing lack of ego. Such a person had earned the loyalty and respect of the singers who worked with him. Something we can’t say about Van Ego, who decided that underhanded tactics were perfectly acceptable if it meant having his ego stroked.

As it turns out, Van Ego didn’t much like being soundly rejected. Instead of walking away from it and learning from the experience (like an adult would), he decided he’d just try to show up the Choral Society by organizing his very own choir. With his very own tour of the Netherlands to mark that anniversary. And he even decided to co-opt the theme of liberation by incorporating it into the name (with his name firmly front and centre on all promotional material). 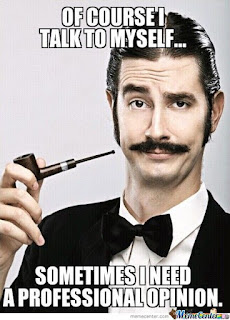 Van Ego’s still around, it turns out. He spent fifteen years running his personal choir, and still has his hands in all sorts of things. And still, no doubt, is that same egotistical twit who thinks so highly of himself.  His website is active, and sure enough, he’s clearly still in love with himself. What is it in an egomaniac? Are they so small, so petty, so insecure a person that they have to overcompensate in such a grandiose way?

Some day both of these two will shuffle off that proverbial mortal coil. How will they be remembered? Mr. Wood will be remembered for his love of music, contributions to the community, and the respect others hold for him.

Van Ego, on the other hand, will have a funeral in which the only people who turn up are there to make sure the old sod’s dead, and where the minister will wonder how he’ll be able to keep up a straight face while eulogizing the egomaniac. 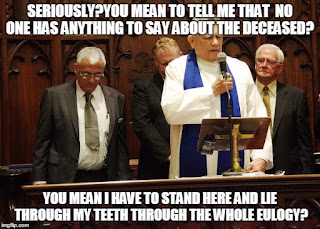