It is time once again for my dog and cat blogs, starting with the point of view of the hound otherwise known as Loki.... 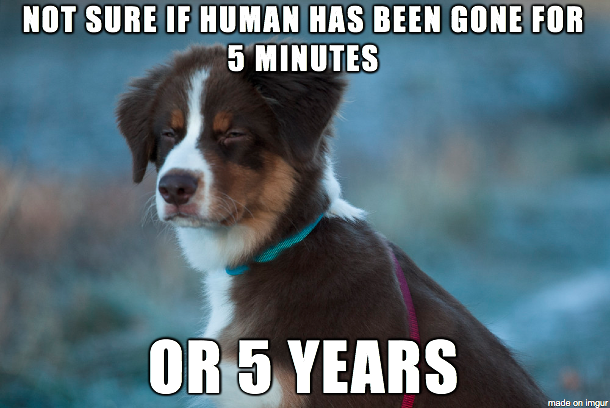 7:35 AM. Waking up at home. Had strange dreams. Was chasing a squirrel that grew wings and flew away. 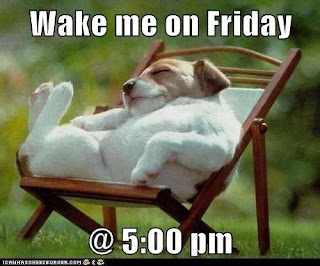 7:41 AM. The human comes downstairs. Hello, human! Good morning! Wonderful happy day, isn’t it? Tell me, how about some breakfast, because between the two of us, breakfast would suit me quite nicely. 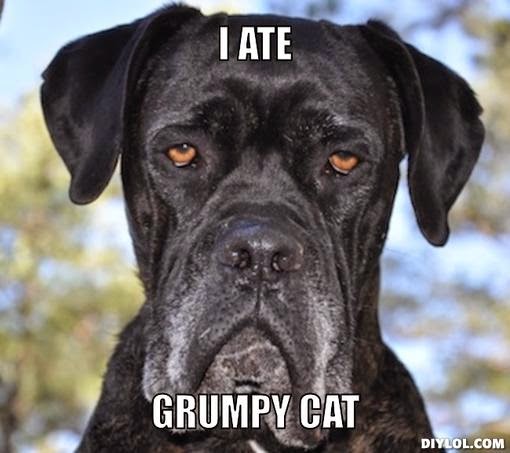 7:43 AM. Wolfing down breakfast. Kibbles are so yummy first thing in the morning! 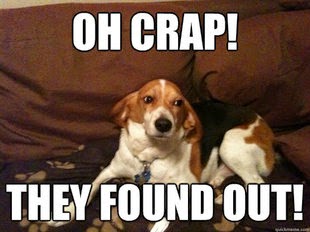 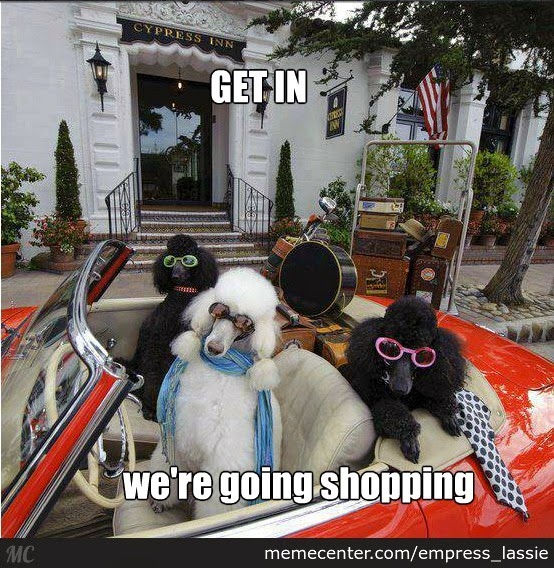 7:58 AM. Barking my head off as I run through the back fields. Woof woof woof! 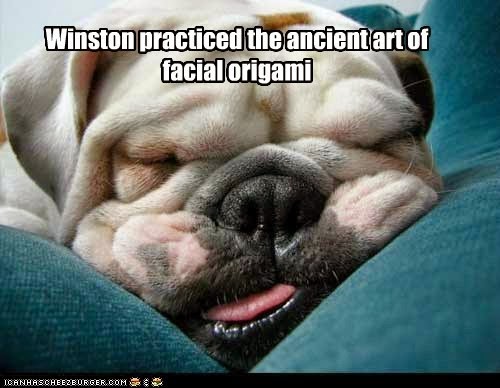 8:12 AM. Well, no mud puddles to splash around in, but at the very least there’s a lot of morning dew on the ground. I think a good roll in the grass is a very good idea. 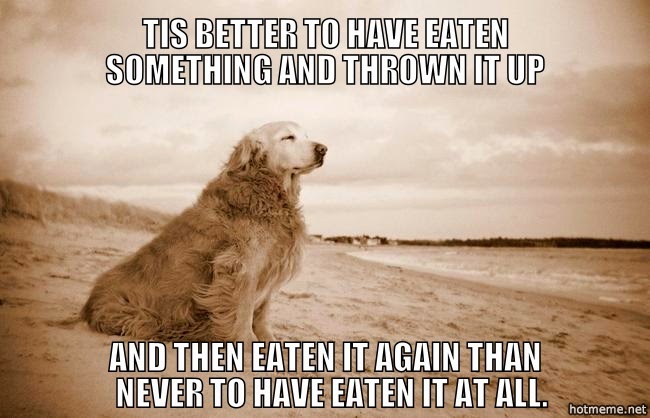 8:15 AM. Finished rolling around. A bit damp at the moment. Hopefully I’ll be dry by the time I get home. I wouldn’t want to be subjected to the Towel of Torment, after all. 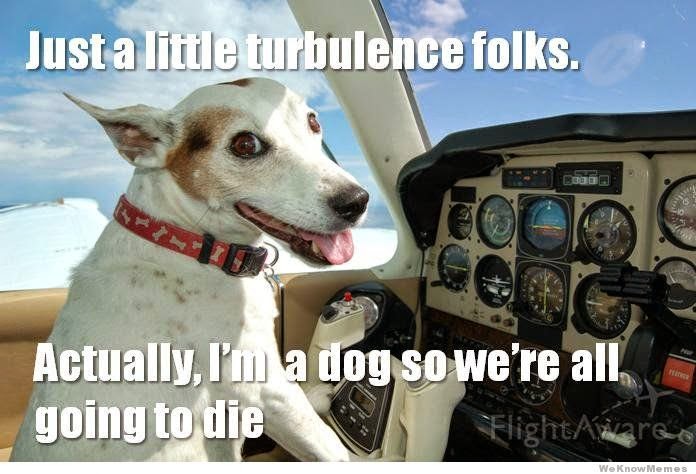 8:21 AM. Come across Spike The Magnificent, Tormentor of Squirrels, who is out on a walk of his own. Hello, Spike! We greet each other in the customary fashion of canines and then commence to confer on the movements of the enemy- aka the squirrels. 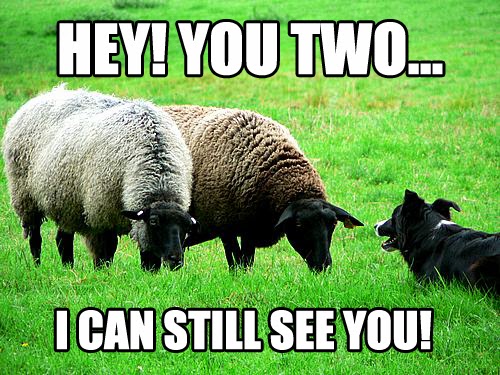 8:23 AM. I relate to Spike my dream about the squirrel with wings. He says there is in fact a type of squirrel that flies- but it’s more or less gliding. I am quite surprised by this, but he says according to his information- his human- those critters only come out at night and are thus rarely seen. I see. Let’s hope they don’t all evolve this irritating habit. 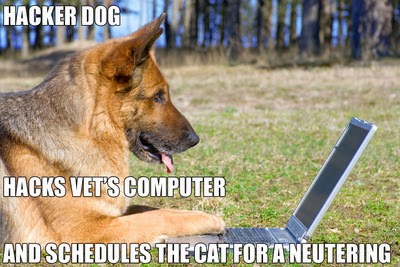 8:25 AM. Spike and I speculate that the squirrels and the mailmen might be involved in some dark conspiracy for world domination. It would explain a great deal. 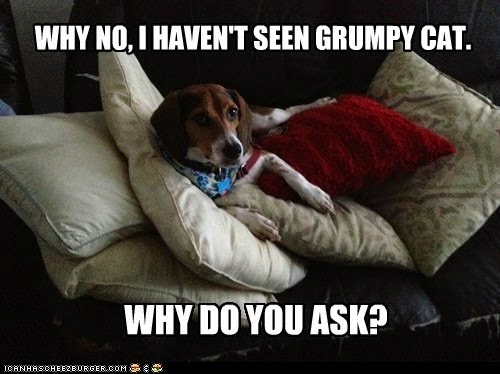 8:28 AM. Taking my leave of Spike. We agree to keep each other up to date by loud barking as to any sighting of squirrels or mailmen. The latter always appear at his house first in the afternoon, so I’ll know when that monster is not far off. 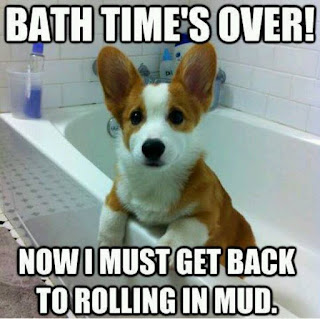 8:35 AM. Musing on paying a visit to the home of that cranky cat. Then again, maybe not. Discretion is the better part of tail wagging, or however that expression goes. 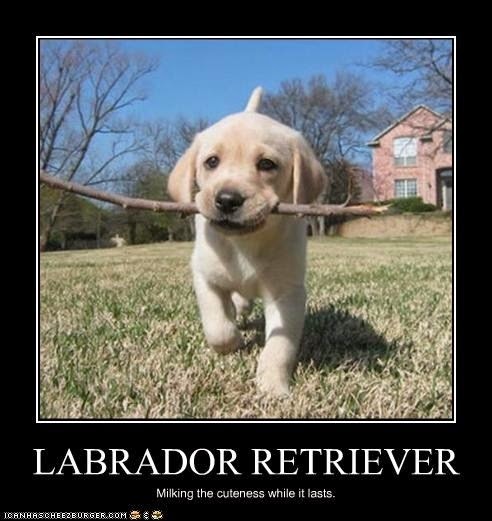 8:46 AM. Returning home. Perplexed by the absence of the human’s car. Wait, did she go out for a drive without me? 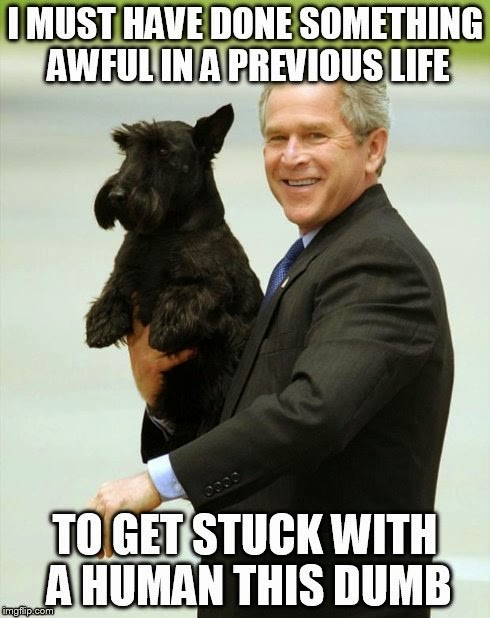 9:53 AM. Settling down on the porch for a nap. Naps are good this time of day. Besides, it’ll be hours before that evil mailman shows up. 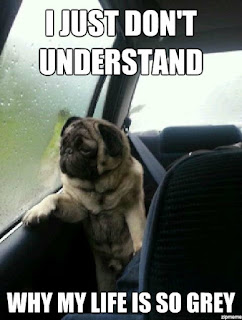 1:36 PM. Boy, did I sleep... what a nap, say, wait a minute... if I’m reading the sun’s position in the sky right, the mailman should have already driven by here... how’s that possible? 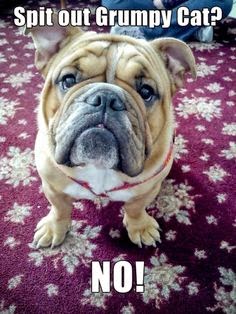 1:37 PM. Coming around the side of the house. Sure enough, the flag’s up on the box. How on earth did he get past me without my hearing? 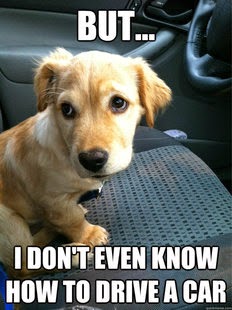 1:43 PM. Frustrated by my missed chance to bark at the mailman. I have to get to the bottom of this. A jaunt over to Spike’s place would do. Maybe he had a long nap too. 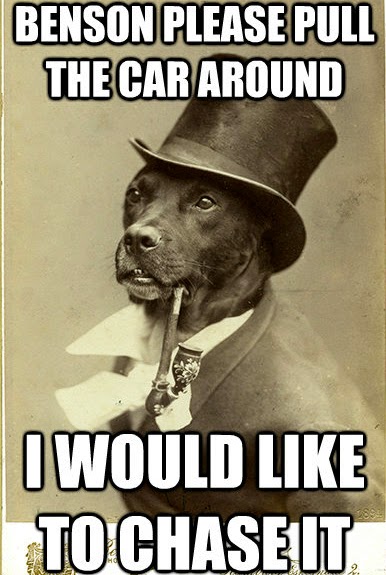 2:05 PM. Arrival at Spike’s place. Spike! Did you know the mailman drove by already? 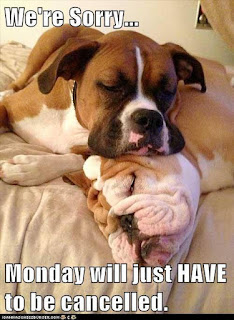 2:06 PM. Spike informs me he was inside at the time getting bellyrubs from his human, and so missed the passing of the mailman. I explain that I was sound asleep. Well, this means we’ll just have to bark twice as long at him tomorrow, won’t we? 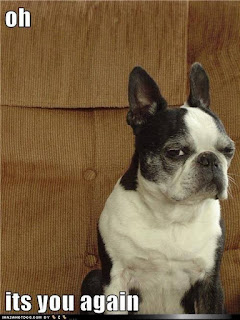 2:09 PM. Taking my leave of Spike’s place. Hopefully the human is back home soon. 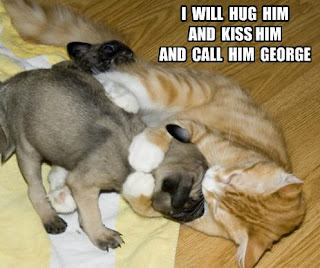 2:27 PM. Back home. The car’s in the driveway. The human is unloading groceries. She asks if I’ve been gone all this time. Of course not, human, I’ve been very carefully guarding the property. Haven’t slept a wink. Now then, what’s important is the answer to this question: did you get me anything?

5:49 PM. Waking up from a nap to the smell of cooking. Something’s in the frying pan. And it smells really good. 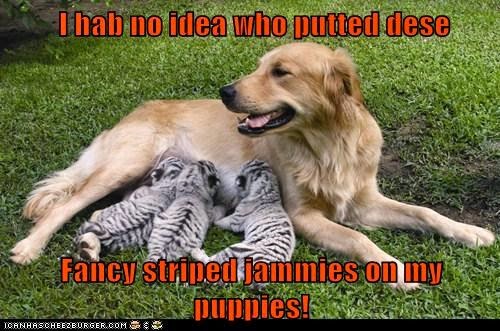 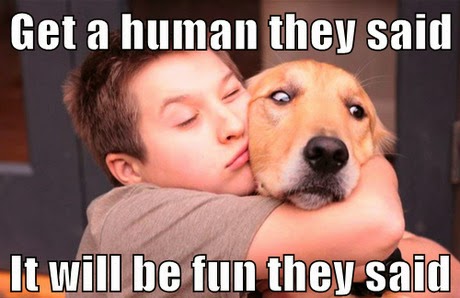 6:26 PM. Dinner with the human. Some nice strips of pork, yum yum yum! I don’t know why the human likes hers with asparagus. 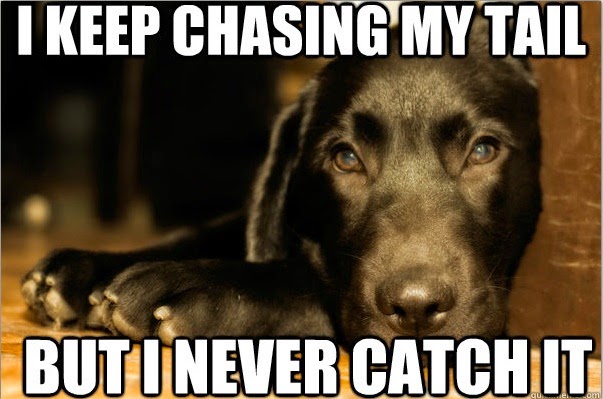 8:45 PM. Consulting a book on animals. Sure enough, there is such a thing as a flying squirrel. We had better hope they don’t all evolve into flying squirrels. 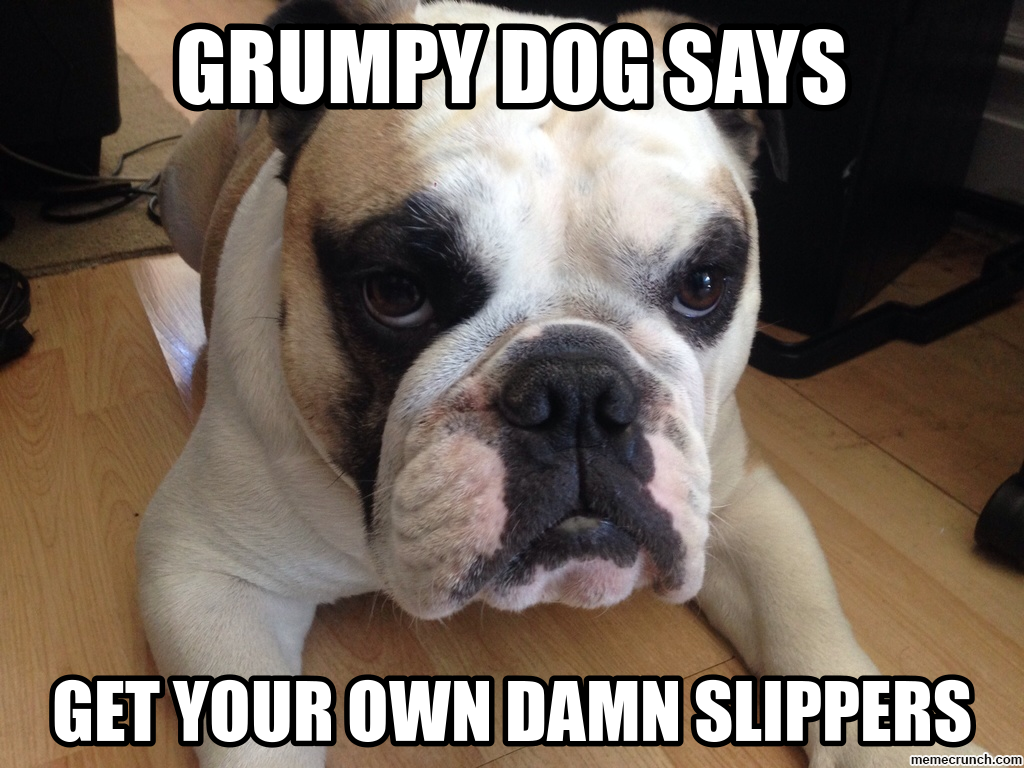 11:35 PM. The human is off to bed.  She gives me a pat on the head. Good night, human! Sleep tight! Don’t let the flying squirrels bite! 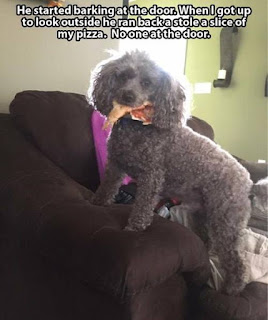 Email ThisBlogThis!Share to TwitterShare to FacebookShare to Pinterest
Labels: a day in the life, animals, Cats, dogs, George W. Bush