The Squeak Shall Inherit The Earth 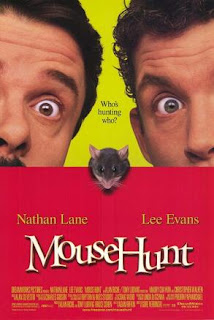 “She just showed up at the factory, took off her coat, and begged me to take her. We made love in a way that I’ve only seen in nature films.” ~ Lars Smuntz

“See, most people aren’t what I call... psychologically equipped to catch a mouse. But you spend a few days getting into his furry little head, you know how to find him, figure out his moves, and then...pow! One dead mouse.” ~ Caesar

“Well, look at him. He’s pathetic.” ~ Lars
“Pathetic? He’s Hitler with a tail! This is The Omen with whiskers! Nostradamus couldn’t have seen this thing coming!” ~ Ernie 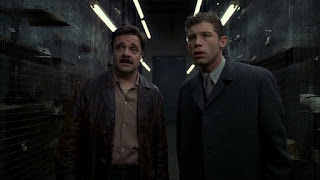 In 1997, director Gore Verbinski brought Mousehunt to the big screen, a slapstick black comedy that plays like a live action Looney Tunes film or an extended Laurel & Hardy tale, with two dimwits trying to chase down an infuriatingly hard to kill mouse in an old house. The film definitely goes big for the laughs, setting up sight gags and intricate set pieces in a way that really pays off, leaving the audience highly amused and wondering just what can possibly go wrong next. Taking place at an indeterminate time in the 20th century (the styles and vehicles evoke eras from the 40s to the 70s), the movie is uproariously funny and devious in its execution. 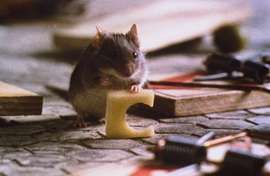 The film opens with the death of a one-time string magnate, Rudolph Smuntz (William Hickey), who leaves his dilapidated factory and a ramshackle mansion out in the countryside to his sons Ernie (Nathan Lane) and Lars (Lee Evans). Lars gets thrown out by his wife April (Vikki Lewis) who’s infuriated by his refusal to just sell out the factory. Ernie, a chef and restaurant owner in town has a bad night when the mayor and his family dine in and the mayor ends up dying- an event triggered by one lone pest in the establishment. Ernie’s restaurant is shut down, and Ernie finds himself on the skids, just like his brother. 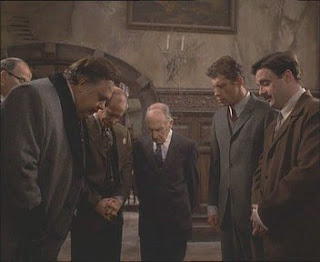 They find their way to the old mansion, which has the look of something out of a Gothic horror story, and which already has a resident- a resourceful little mouse. The brothers discover the mansion is a lost masterpiece designed by an architect who went crazy, and learn there’s quite a market for people who’d want to buy the place. All they have to do is some renovating and sprucing things up... and get rid of that mouse. Which of course is easier said than done. 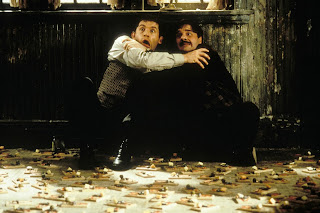 Adam Rifkin wrote the story and screenplay, which really does have the mood of a cartoon. It’s cleverly written (albeit with protagonists who are both idiots), with a rich sense of humour and a breezy pace. There are things done through the film that a person couldn’t possibly survive- being blasted out of a chimney high in the sky and crashing into a frozen lake, for instance- and yet in the cartoon world, one can get away with that. The story asks us to accept protagonists who are essentially filling the roles of Yosemite Sam and Elmer Fudd- morons who should have more sense to know when they should just walk away, but don’t- and the way they’re written, the audience gets great laughs at their expense. Even the mouse, which survives things it shouldn’t, and does things a mouse shouldn’t be capable of, seems larger than life- is it a demon? Or the ghost of the mad architect come back to life? 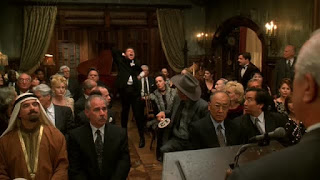 Verbinski’s directing keeps the film going along smoothly. Years later he would end up directing the Pirates Of The Caribbean franchise and The Lone Ranger- to the point where I think he needs to retire, or at least take a few years off (it seems he’s not doing so). In this case, he shot the film in the eccentric style you’d expect of him- sometimes from the point of view of the mouse in the walls of the mansion, other times much work goes into grandly conceived mousetraps that go horribly (and hilariously) wrong, and Verbinski sets all that up in just the right way as to how he films it. 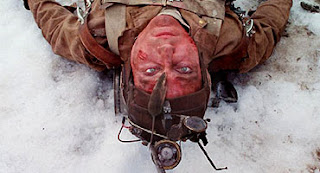 His crew did good work in their own ways. I like the look of the mansion- creepy and foreboding at night, but with a different mood in the daytime, and that reflects well on set design. I also like that the sense of timing is indeterminate, with the mood of the film, the clothing and the props incorporating a variety of time periods in the mid-20th century. Lastly, I really love the score by Alan Silvestri, which incorporates soft and amusing themes (quite appropriate for the mouse, for instance) before turning those themes loose, giving them a building, relentless energy, and driving up the sound to accompany scenes where mousetraps go wrong- best demonstrated in the sequence in which the mouse dispatches of the exterminator. 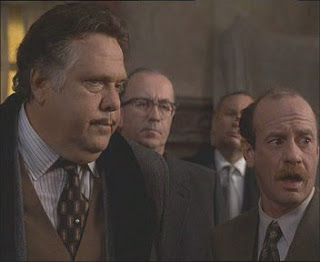 The casting is brilliant, starting with the smaller roles. Maury Chaykin, who often played grandiose and larger than life roles, plays that again here as Alexander Falko, an eccentric tycoon who collects homes built by the late architect Charles Lyle LaRue simply because he likes them (a rather expensive hobby). Michael Jeter, the character actor who always seemed like he could get blown over by a stiff breeze, plays the heritage expert Quincy Thorpe, another eccentric who thinks the world of LaRue designs. 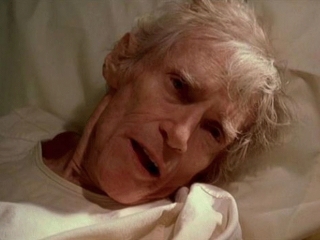 This was the last film for William Hickey, who had a long career but late in the game became known for playing cranky or off kilter old men. Rudolph Smuntz is another example of that- quite off kilter, and while the character dies early on, his presence is felt through the rest of the film, particularly in the form of a portrait with a constantly changing facial expression. 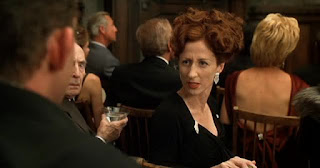 Vicki Lewis is a delight as the greedy wife April, irritated by her moronic husband’s foolishness. She’s a whole lot smarter than he is, to be certain, and opportunistic- she’s a character one wouldn’t trust for a minute, and yet Lewis has fun with her, and that comes through in the way the audience responds to her. 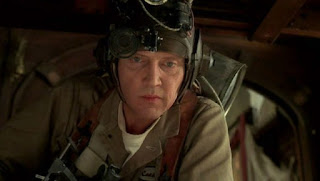 Christopher Walken’s made a career out of playing eccentrics and oddballs, and here he gets to play Caesar the exterminator in that fashion. Caesar’s not playing with a full deck of cards when we first meet him- the way he talks about his work, it’s like Hemingway on hunting with a side order of insanity. Caesar seems to think that to kill the pest, one must think like the pest- one wonders if he’s inhaled too much bug spray. It’s a loopy character- and watching him underestimate his mousy quarry is hilarious. 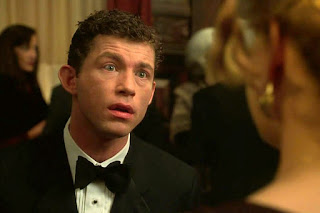 Lee Evans has spent most of his career as a British stand-up comedian, with a gift for slapstick humour and energetic physical comedy. He brings that to the role of Lars, an idiot who accepts he’s an idiot, and the way he approaches the role reminds me of Dick Van Dyke, who also had a gift for physical pratfalls. Lars is an affable sort of fellow, has more of a conscience than his brother, tends to be slow witted, and is uproariously funny as he finds himself in over his head trying to chase down a mouse. 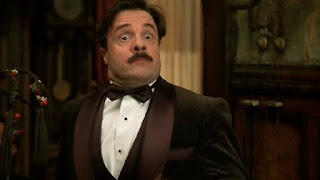 Nathan Lane makes the most of his role as Ernie. The character is an idiot who doesn’t understand that he’s an idiot- he thinks he’s smart, and while he’s smart enough to have owned a restaurant, he’s not smart enough to understand moments when he should just walk away when they present themselves. Ernie doesn’t grasp that he’s in over his head- he’s letting greed dictate his decisions, and there’s a bit of an underhanded quality in the character as well. Watching him blunder from one disaster to another though is a whole lot of fun, and Lane clearly relishes the role, bringing out the best of himself in the performance.

Mousehunt is a deviously fun film, with a manic energy that plays very much like a cartoon, pitting a pair of morons against a resilient little adversary. Its rich sense of humour and light touch always brings a smile to my face, and appeals to my own taste in what’s funny. 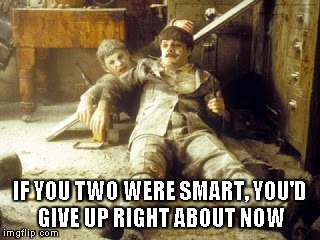