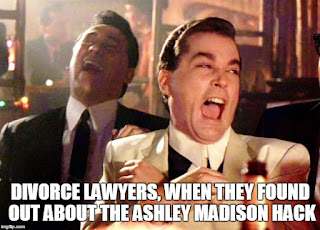 New York (AP) The Ashley Madison data hacking dilemma continues to play out throughout the world after the Canadian based marital cheating website was hacked and personal information stolen by a group calling itself The Impact Team. Cheating spouses- and their sexual kinks- are being exposed. Divorce attorneys are crying with joy at the blessing that has befallen them. In offices and workplaces across the world, guilty parties are hoping their names haven’t been exposed. Ethics specialists are debating the notions of invasion of privacy and the consequences of the theft- in terms of the marriages and the notion of being branded and shamed. 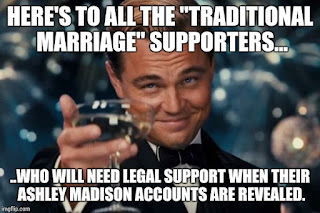 “We’re one step away from The Scarlet Letter,” sociologist Alexandra DiGianna told reporters, evoking the Nathaniel Hawthorne novel. “People are either being shamed or living in fear that their incredibly bad mistake having a one night stand is about to be exposed, and all thanks to a shadowy hacker group who refuse to identify themselves and act in the role of moral inquisitor. This hacker group doesn’t care about the potential consequences- suicide, violence, or just the emotional damage this can do; they’re acting as judge and jury and moral executioner. On the other hand, hey, cheating cheaters kind of deserve having their lives thrown into upheaval, don’t you think?”

The former American president Bill Clinton seems amused by it all. “All I know is I wish this company had been around twenty years ago. I had to do my own searching and looking for whatever hot young babe I wanted to score with tonight. Would’ve made things a lot easier. Wait, don’t quote me... Hillary will kill me if she ever catches me again... I told you don’t quote me!” 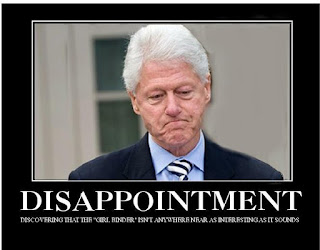 A spokeswoman for Avid Life Media, the parent company of Ashley Madison, was dismissive over the scandal. “Look, it’s very simple,” Melody LeClaire told reporters with a contemptuous tone. “We give our clients a chance to get away from their unhappy lives and screw around behind the backs of their spouses. Is that so wrong? No, of course not, what’s wrong is a group of hackers thinking they can mess around with our client list and throw us all into upheaval. Wait, are you people quoting me?”

While all this plays out, another group of people are speaking out about the website and its impact on their lives. They are, in fact, people all bearing the name Ashley Madison. Most of them are, of course, women, but there are male Ashleys. All of them have, for years, been annoyed by the site’s existence, and the fact that it degrades their own names. They have been organizing as of late into a group. 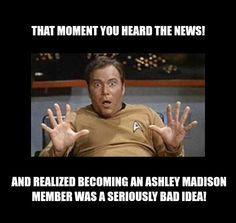 Ashley Madison of Montreal agreed. “I’ve been heckled and teased relentlessly,” she explained. “My friends and family treat this like a punchline and a joke, and to be perfectly honest with you, I’m thinking I need new friends and family. Because it’s not funny.”

One of the few males in the group, Ashley Madison of Charlotte, North Carolina, agrees. “It really isn’t a joke, and yet we’re left to bear the brunt of ridicule just because of our names. It’s only getting worse the longer this thing goes on. And for a guy, let me tell you, already having the name Ashley is bad enough.” Asked by reporters where the name comes from, Mr Madison admitted, “My parents were big Gone With The Wind fans. So my full name is Ashley Wilkes Madison. Imagine going through life named after a sad sack character stuck in a story featuring Scarlett O’Hara.” 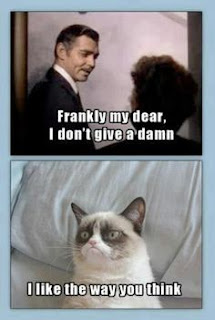 “I’m a primary school teacher,” Ashley Madison of St. Paul, Minnesota told reporters. She sounded irritated. “For years, I’ve had to explain to parents that no, I’m not that Ashley Madison, that I have no account with them, and that I would never want one. And yet with this nonsense going on, I’ve got stuck up prudish parents demanding I be fired from my job just because of my name. What is this? When did this society drift into The Scarlet Letter?”

Strangely, the only big exposure thus far in the Ashley Madison affair has been the inexplicably famous Josh Duggar- former reality show star, sanctimonious self righteous hypocrite, and occasional molester of female relatives. The ugly twit (honestly, who would want to willingly shag Josh Duggar? He looks like he was hit by an ugly stick forty thousand times) from a dysfunctional family who had political aspirations before his particular habits were exposed to the press has his name among the list of users of Ashley Madison. The Duggar family, still desperately trying to get back into reality television with their small army of fundamentalist whackjob clan members, issued a brief statement on their facebook page. “We are shocked that anyone dares to criticize our righteous and holy family, that anyone dares delve into our private lives. Josh has made some mistakes, but the important thing is that’s in the past and he’s been forgiven and whatever damage has been done doesn’t matter anymore, because like we said, that’s in the past. By the way, we’re going to put a Duggar in the White House in 2024! Definitely a male Duggar, because the only thing girls are good for are breeding.” 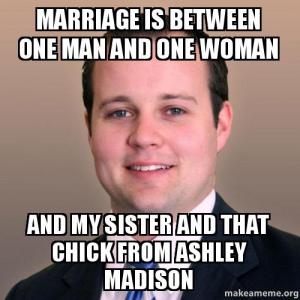 Hollywood has gotten into the act. Director Penny Marshall is on board to direct When Ashley Met Ashley, a new romantic comedy about the hacking scandal reuniting the stars of The Hunger Games, Jennifer Lawrence and Liam Hemsworth. “It’s a great idea,” Lawrence told reporters. “Two misfits brought together by the fact that they have the same name as a cheaters website. We’re going to have a lot of fun. And I get to work with Liam again, which is good. Usually I’m cast alongside Bradley Cooper, and let’s face it, that guy’s a dirtbag.” 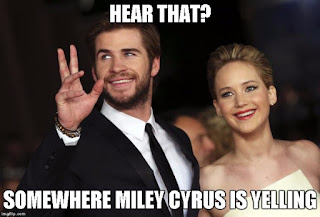 “It might sound very odd,” Professor Madison admitted. “Falling in love with someone and then marrying them, when both of you have the same name. And we’re probably going to have to figure out the mail thing- I mean, a letter could be meant for her, for instance, when I might be thinking of opening it.”

Doctor Madison shrugged. “We’ll sort that out. It’s strange, that our mutual dislike of having our names dragged through the mud by this sleazy excuse for a website led us to meet each other... who knows if we’d met otherwise?” 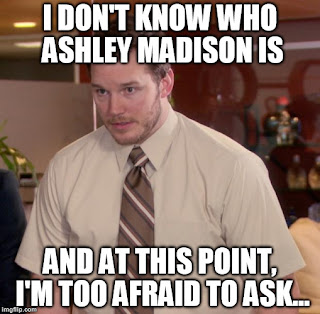 North of the border, and out west, reporters sought out a man who’s often been confused for someone else for his comment. Legendary Mountie Lars Ulrich was found at his detachment, seeming to be as cranky as ever when he noticed the arrival of a horde of reporters and met them outside. “If any of you ask me one damned thing about Metallica, I’ll rip you in half,” he warned in a low, angry voice.

It was quickly established that the horde of reporters were, in fact, real reporters who fully understood that the Mountie was an entirely different Lars Ulrich than the half deaf and slightly demented Metallica drummer. The Ashley Madison matter was brought up, and the inspector was asked about his perspective in going through life with a name that was constantly mistaken for someone else. The inspector pondered that a moment, and then said, “As irritating as it is to be mistaken for a demented drummer who doesn’t look like me, at least it’s not as annoying as this would be.” 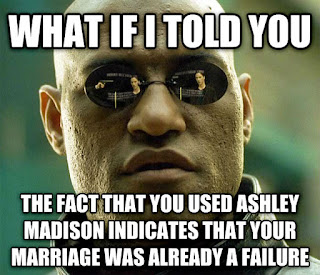 There was a stir among the crowd, and another reporter arrived with a cameraman. “Lars! Lars! Skip Collins, Entertainment Tonight!” Inspector Ulrich looked irritated. The real reporters backed up, both for their own safety, but also to give the Inspector plenty of room to strike. “The question everyone wants to know... will Metallica be involved in the soundtrack for When Ashley Met Ashley?”

The Inspector threw his first punch, sending Collins flying. Five minutes later he was done, his annoyance satisfied. Collins is expected to be in a body cast for the next six months in hospital, no doubt having nightmares about an angry man in red serge. 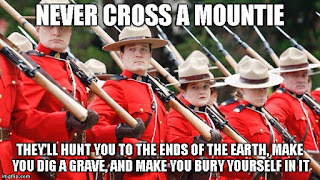