Chasing Down A Runaway Harrison Ford

Some links before we get to today's matters. Yesterday having had been a Sunday, we had a Snippet Sunday post at our joint blog. Eve had doodles at her blog. Cheryl had bananas at her page. Shelly asked if Facebook eats socks. Lena had character interviews for her book. And Lorelei wrote about knitting away the blues.

Today I have another movie review. 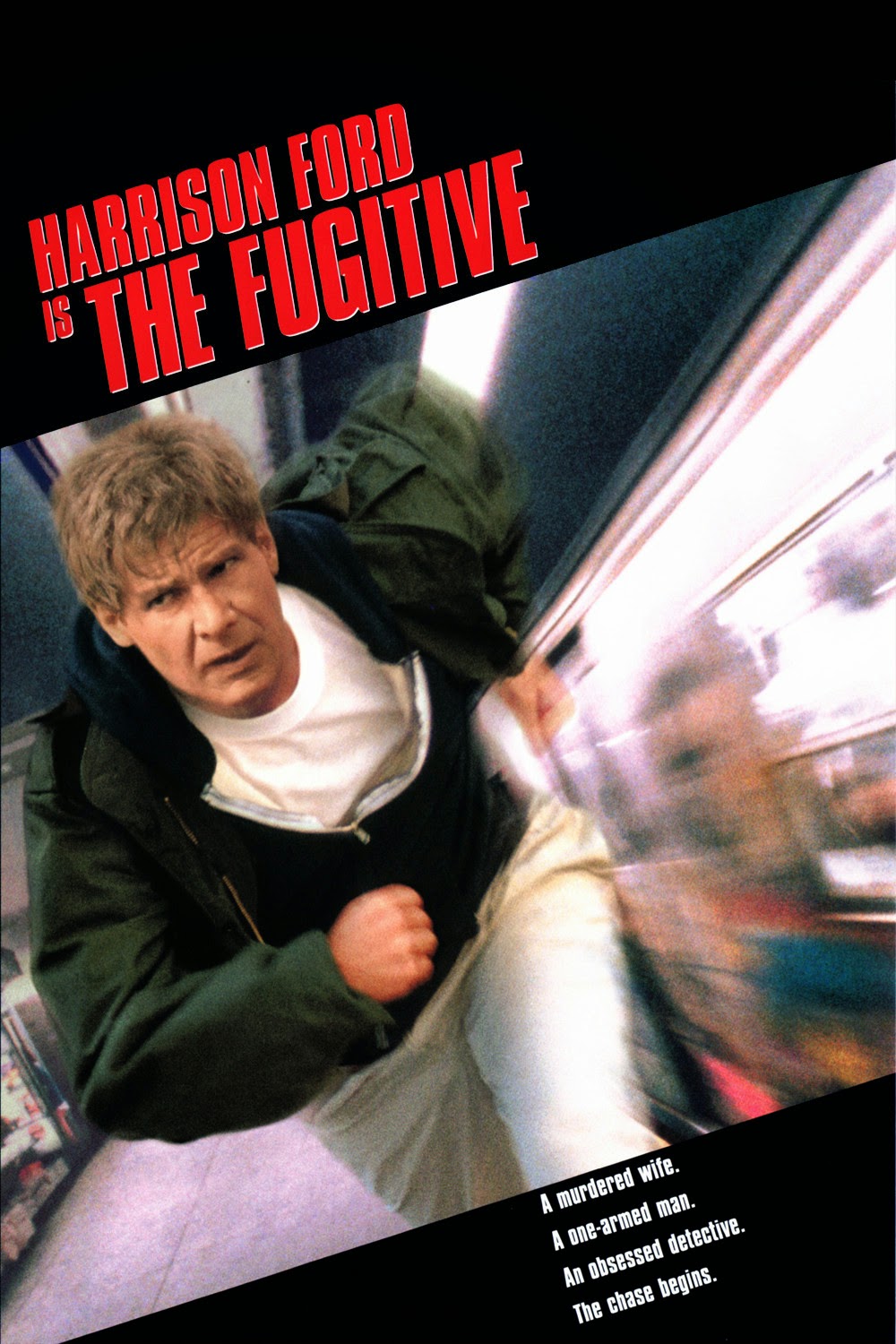 "So he showed up not dead yet. Let that be a lesson to you, boys and girls. Don't ever argue with the big dog, because the big dog is always right." ~ Sam Gerard 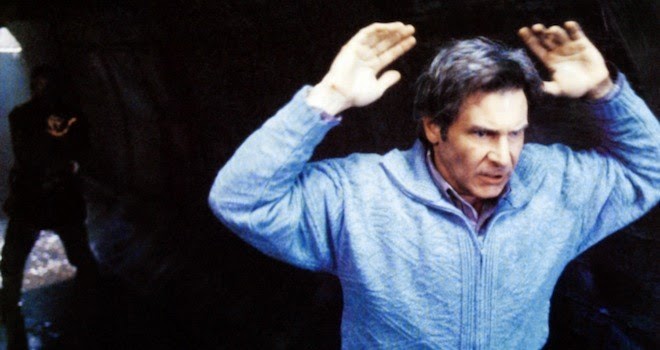 There has been for many years a tendency to remake old television shows into movies (and vice versa). Mostly the end result has been a failure critically, and when successful at the box office, is only that way because of the nostalgia factor for the audience. Such was not the case in 1993 with The Fugitive, the action thriller from director Andrew Davis. It was based on the classic television series of the same name about a wrongfully convicted doctor, a mysterious killer, and a persistent lawman. The movie was both a box office success and beloved by critics, even earning Oscar nominations and a win for Best Supporting Actor. 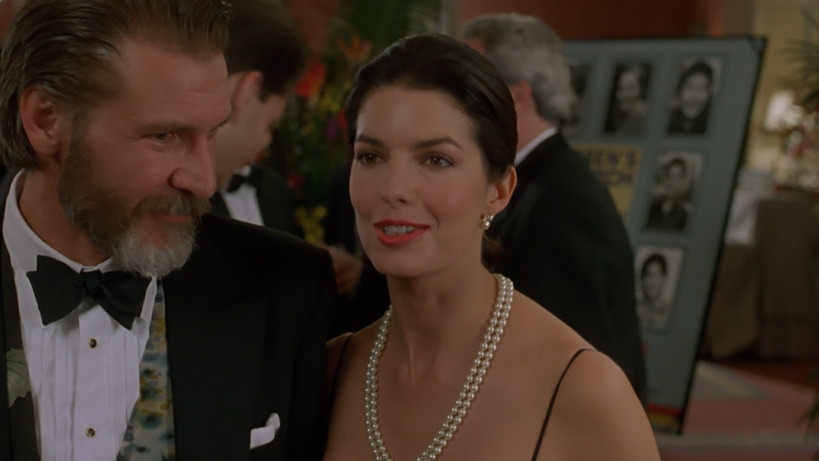 The story starts in flashback form, on the night of a murder. Chicago surgeon Doctor Richard Kimble (Harrison Ford) is trying to process the murder of his wife Helen (Sela Ward) in their home while detectives work. We see flashes of the murder at the hands of an intruder, momentary memories by Richard of attending a party with her earlier in the evening. Soon Richard finds himself accused of the murder, charged, convicted, and sentenced to death.

His death sentence goes awry, however, when his prison bus transport is involved in a crash, and Richard finds himself on the run in the night, trying to keep ahead of the police and a team of federal marshals led by a very cranky Samuel Gerard (Tommy Lee Jones). While trying to stay alive and out of custody, Richard realizes he must find the truth about his wife's murder and uncover who was behind it. 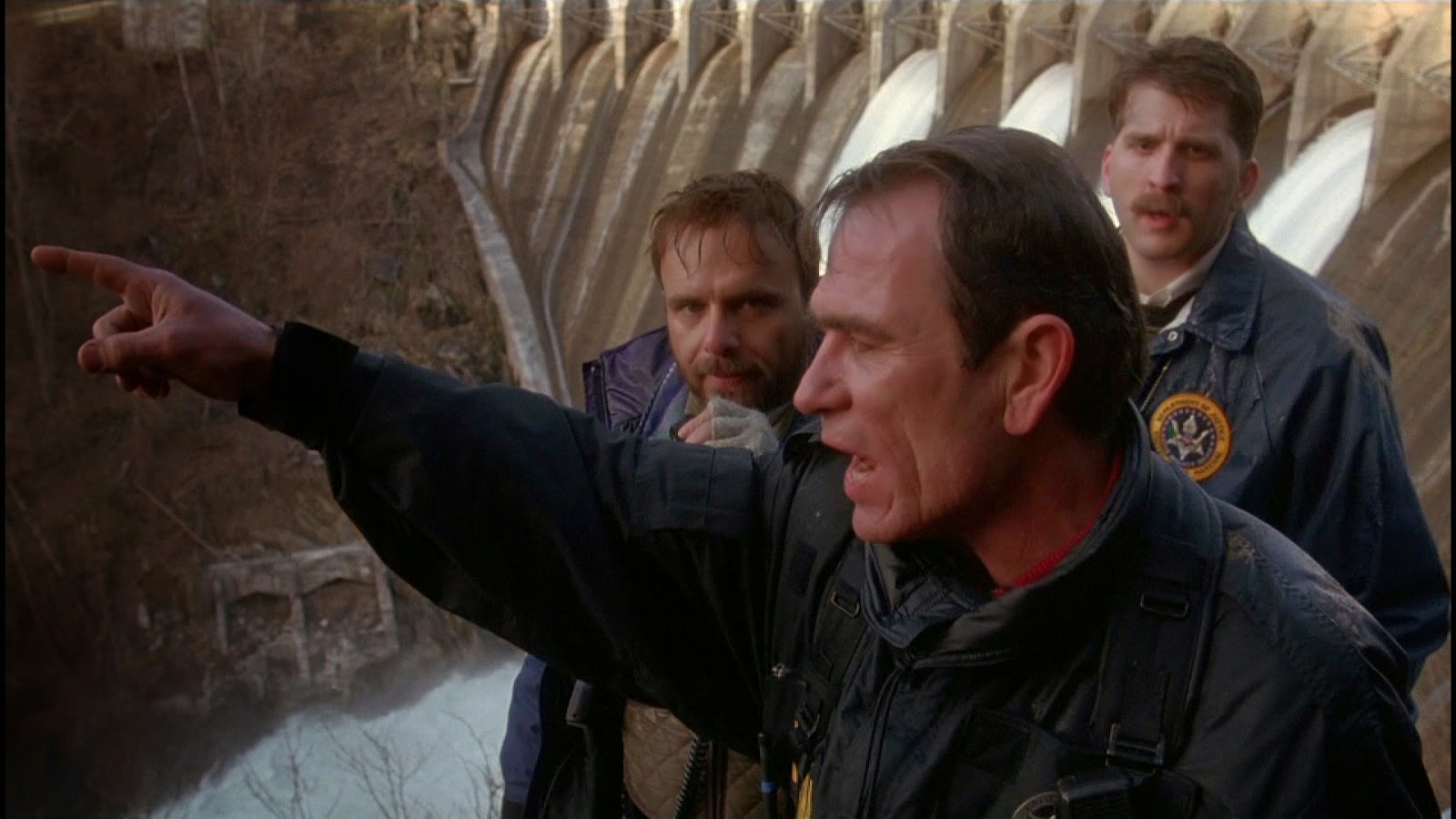 The screenplay by Jeb Stuart and David Towhy takes the themes and elements of the series- the innocent man on the run, the antagonist in the form of a tenacious lawman, the wild card in the form of the killer- and weaves it all into a movie. It's part action thriller, part character study, and part conspiracy tale. Director Davis, who had worked on films like Under Siege and The Package (both featuring Jones in the cast), took the story and gave the film a tense, tightly wound, taut feel, very suspenseful. The result is a chase film, with more than one chase being carried out. It's cat and mouse, moving along at a brisk pace, with two adversaries who are not quite enemies, two actors playing roles they were perfectly suited for. 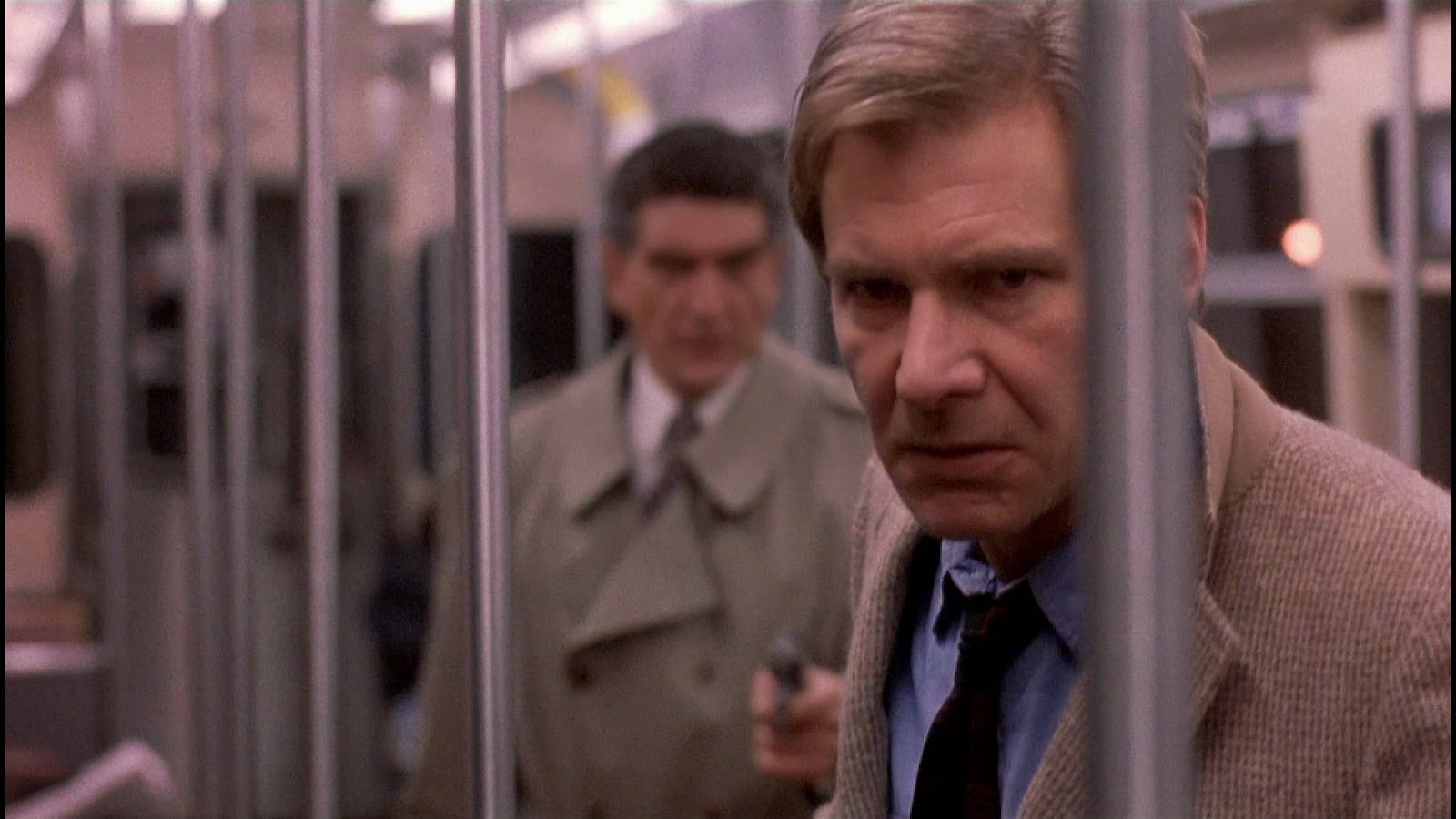 Davis filmed much of the action on location, in Chicago and the Carolinas (though the story itself is set in Illinois exclusively). His style actually brings the locations into the story, making them characters in the tale. That might be the dark, moody tunnels of a hydro dam, the back alleys of Chicago, the lavish skyscraper where a confrontation must take place, or the rivers and woods of the back country where a hunt is underway. The locations seem to take on a life of their own in his direction. 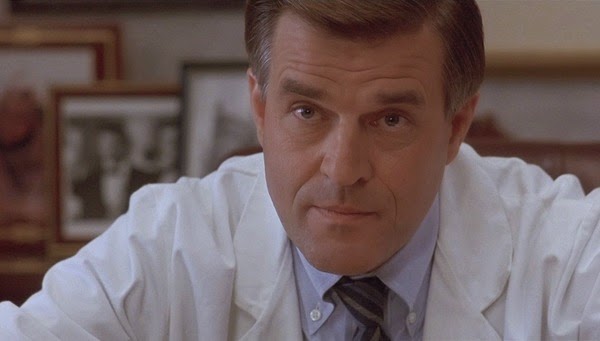 Davis has a great touch with action, and it particularly shows itself in set pieces like the train wreck. The sequence was done in one take... and it was real. The wreck is today something of a tourist attraction, in fact. Davis extended his expertise into scenes set in the county jail, where chases down a staircase or through a lobby have as much tension and suspense as a conventional gunfight would have. The same applies to the climactic ending within a skyscraper as multiple characters search for each other. He even shot an improvised, unscripted sequence through a St. Patrick's Parade in Chicago, where Ford and Jones mingle with parade marchers... some of whom had to be wondering what Harrison Ford was doing in the crowd. 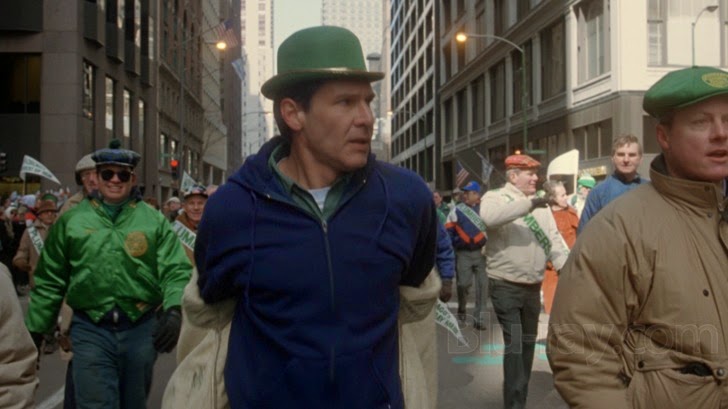 The film was nominated for seven Oscars, including Best Picture, Best Supporting Actor, Best Cinematography, Best Film Editing, Best Sound Editing, And Best Original Score. One of my favourite composers, James Newton Howard (Batman Begins, Wyatt Earp, Dying Young) composed the score, a tense score that highlights the danger, gives momentary respite in quiet times, and perfectly accompanies the film. It's a different sound for Howard, but just right for the film itself. 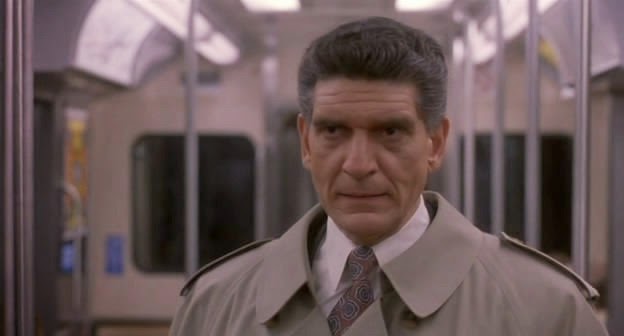 The casting is brilliant. Andreas Katsulas is the sort of actor you can't imagine playing a sympathetic character (he probably could, but he just has the looks of someone you can't possibly trust). He plays the One Armed Man, Frederick Sykes, a former policeman and a thoroughly dangerous killer. There's a ruthless, malevolent energy to the man, and Katsulas brings that across whenever he's on screen. His counterpart is Charles Nichols, played by Jeroen Krabbe. The part was originally meant for Richard Jordan, who filmed early scenes opposite Ford but fell ill and died (his final role was a fitting one in the film Gettysburg). Krabbe was cast in the role, a man who is first seen as Richard's friend, entirely loyal and believing in his innocence. And yet there's something more to the character, and Krabbe has to play both aspects of that character in a completely believable way, which of course he pulls off. 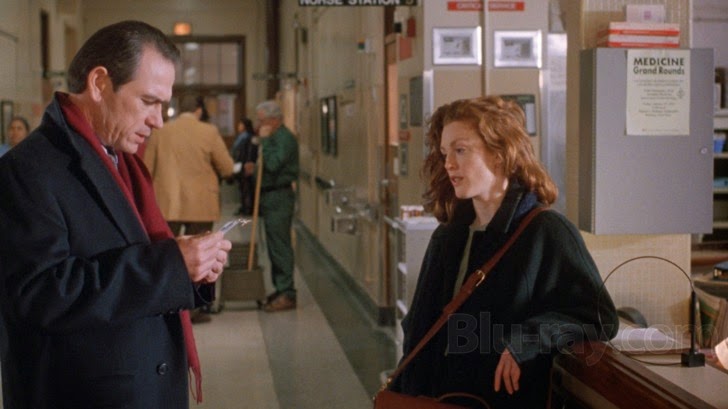 Sela Ward appears only in flashbacks and brief echoes as Helen, but her ghost haunts the entire film, driving her wrongfully convicted husband forward. There's a soft intimacy between she and Ford in their scenes together; they make for a believable couple, entirely happy together, which makes the murder all the more tragic. The film also gave movie goers an early look at Julianne Moore, who has a cameo appearance as a doctor at a hospital where Richard is trying to access information. They cross paths a couple of times; we see her as a capable doctor in brief glimpses. She's not afraid to speak her mind, calling him out for not belonging there, and yet not entirely unsympathetic to him, in terms of what she says in her later conversation with Gerard. 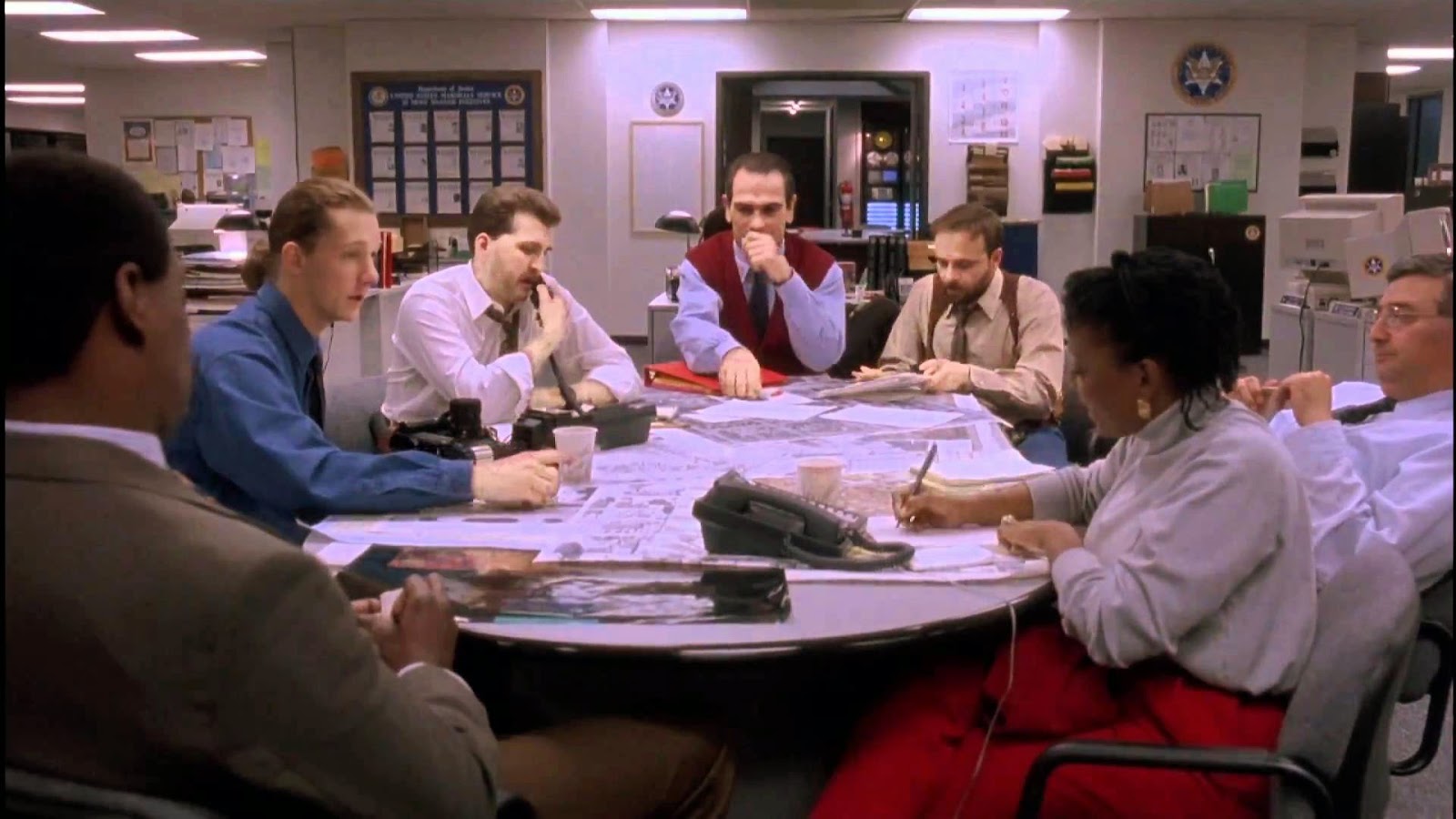 The marshals are a motley lot of lawmen who bicker and argue with each other, but at the same time feel like a family, and in each case they were well cast. Joe Pantoliano, Daniel Roebuck, L. Scott Caldwell, Tom Wood, and Johnny Lee Davenport play key roles among their numbers, and to one degree or another their characters gripe, they complain, they yell... and yet each one comes across as you might expect a federal marshal to be: serious about the job, dedicated to what they do. They respect their boss, and he might growl at them, but he's intensely protective of them, even telling a lawyer of a fugitive he's gunned down that he didn't have a choice, "he was going to kill one of my kids." 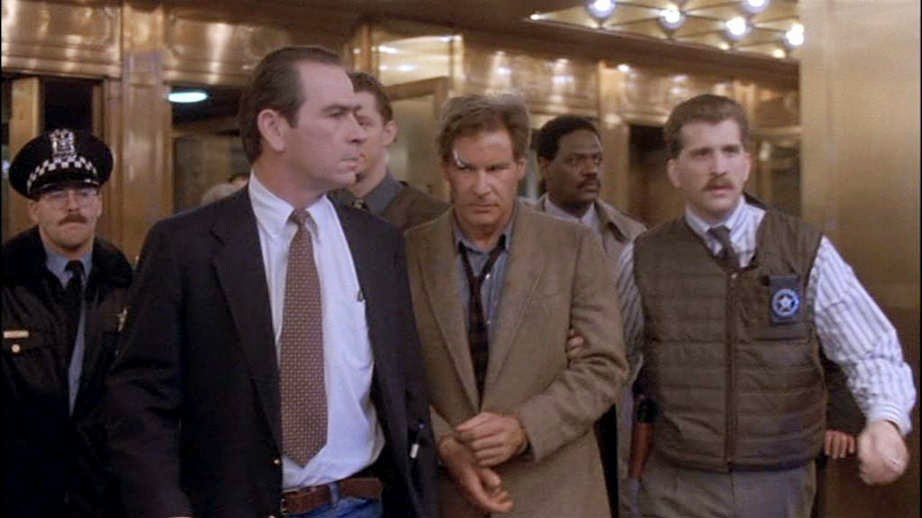 Tommy Lee Jones won the Oscar for Supporting Actor, and it's well deserved. Though one might say the character's not supporting, but one of two leads in the film. His Gerard is a masterful performance, a relentless hunter who's good at what he does, hunting escaped felons. While he is an antagonist, trying to bring down our hero, he's also a protagonist, as the story moves along, moving in competition with, but not really opposition to, Kimble's goals. They're both after the same thing- justice. Jones gives the character a rich and strong personality. He's dedicated and professional, and leads with authority, while at the same time he's something of a smart aleck. Gerard is also a man who notices everything, who reads people, and who never gives up. He might say on more than one occasion that he doesn't care... and yet in the end, he shows us something different. In another way, Gerard is a character who comes across as a force of nature, the last person you want to cross. As much as Richard has been through trial and danger, it seems that even a train crash and a jump off a dam pale in comparison to the terror of spotting Gerard coming down a staircase after him in Chicago. 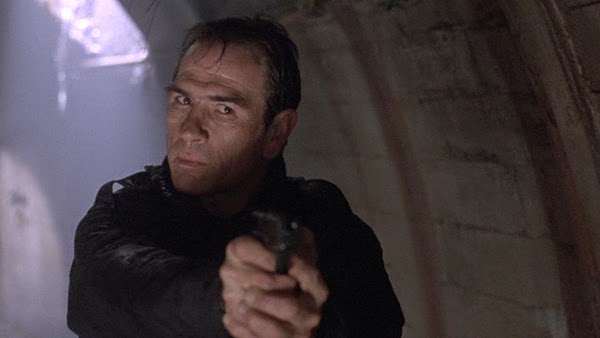 Harrison Ford of course is the other leading man in the film, and we're automatically sympathetic to him straight off the start. We know he's been wrongfully convicted, that he's suffered a horrendous loss that's shattered his life. We can feel for him at this point in his life, and that reaction is triggered by Ford's performance. He's haunted by grief, agonized by what's happened, and desperately on the run to elude capture. Ford plays that haunted and hunted aspect of the character, but also stresses the intelligence of the man, who's on equal footing with his pursuers. The good doctor might be ahead of them in the chase, but just barely, and both sides are capable. Ford's Richard Kimble might be a man on the run, but he's also one who improvises and figures things out quickly; one of the character's best moments is slowing down the pursuing Gerard by telling police officers that there's a man waving a gun around and yelling. It's an audacious gambit, but one demonstrative of the character's ability to adapt and rise to the occasion. 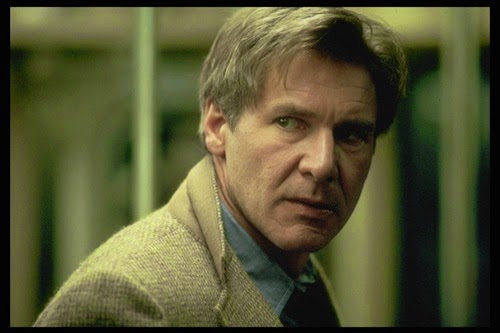 The Fugitive disproved the rule that a television remake will become a toxic waste dump of mediocrity at the box office. Or perhaps it's the exception to the rule. Davis gave us a film mixing together devious villainy, a sinister conspiracy, and two outstanding protagonists at odds with each other in a running chase. In exploring both protagonists and getting inside their heads, he elevated the action thriller into a well deserved Oscar nomination for Best Picture. It was so good that in another year, perhaps, it could have even won. The film is smart, moving along at breakneck speed, well paced, and is a well crafted, suspensful, heart stopping classic that never wears out its welcome. It's one of the best action thrillers in film history. 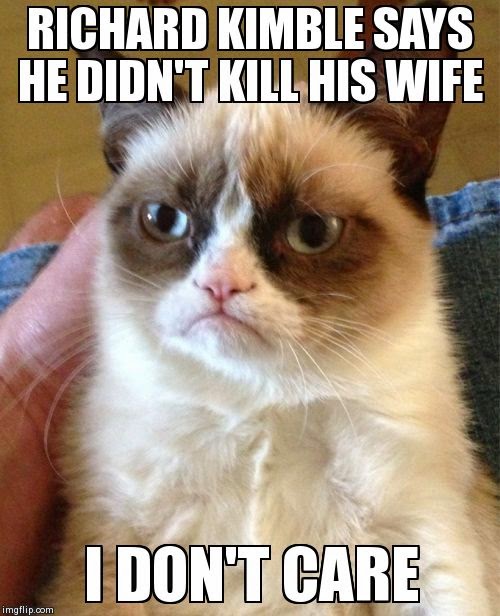