A Day In The Life Of A Cubs Fan 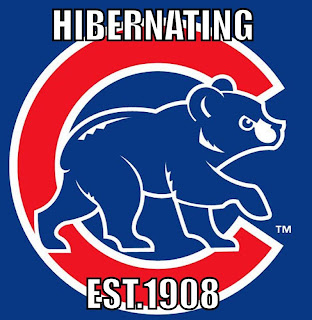 1:45 PM. A great day in the Windy City. Cubs are playing those rotten Cardinals tonight. Our boys are gonna kick their asses, baby! Send them back to St. Louis with their tails between their legs! 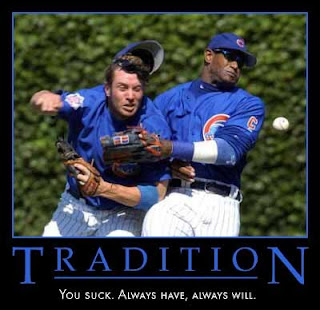 2:15 PM. Take me out to the ballgame, take me out with the crowd… buy me some peanuts and cracker jacks, I don’t care if I never get back… 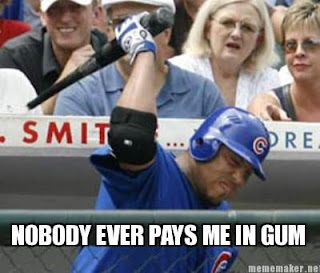 2:55 PM. Thinking of applying Cubs colours as warpaint to my face. Maybe not. The last time I did that, the neighbours thought I was an escaped lunatic. Apparently they’re White Sox fans, for some strange reason. 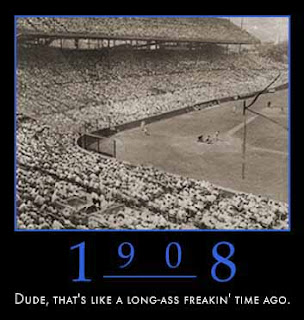 3:20 PM. Reading the paper. Looking at the standings. Oh, sure, we’re pretty far back, but we’ve got time to rebuild for next year. 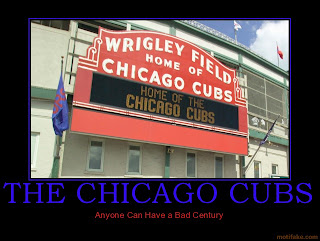 4:50 PM. Meeting Tony and Jack down near Wrigley Field. The ballpark’ll be opening up soon, but there’s always time for a beer first at our favourite watering hole. Cubs fans need to be drinking to properly enjoy the game. Not like those simpering gutless Cardinals or Giants fans, who can’t hold their liquor. 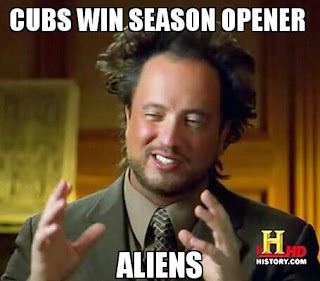 5:30 PM. Tony and Jack and I talk over our fourth beer about how there’s this big conspiracy at the top of the big leagues to keep the Cubbies from winning the World Series. More than a century without a championship? There’s gotta be a reason. And it’s not incompetence from our boys! 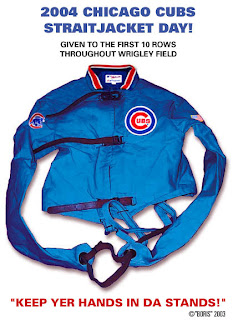 6:40 PM. Filing into Wrigley with the rest of the loyal Cubs fans. Great mood in the crowd tonight. Sure, the season hasn’t quite gone the way we would’ve liked, but hey, that’s Chicago for you. We’ll win big next year. For tonight, it’ll be enough to see our boys kick some Cardinals ass.

6:50 PM. In our regular seats, four rows back, left field. Nice view of that stretch between third and home. Looking forward to seeing our boys put in lots of home runs tonight. Teach those Cardinals a lesson or two. Hey! Hot dog here! 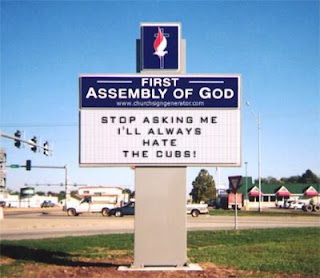 7:20 PM. National anthem. Miley Cyrus was supposed to do it tonight, but somebody figured that might not’ve been a good idea. Instead we’ve got Yoko Ono. Um, why is that a better idea? 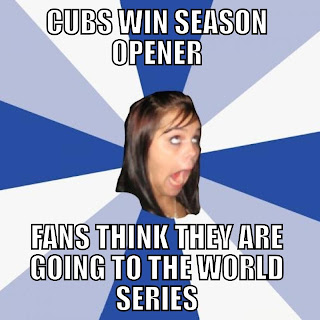 7:25 PM. Game’s about to begin. Wrigley’s filled to capacity. Most of them are Cubs fans. Ninety five percent of us take out our Steve Bartman voodoo dolls and stab it repeatedly. 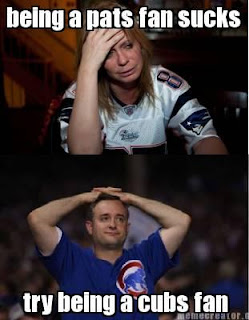 7:45 PM. First inning’s not even done. How can we already be down nine runs? 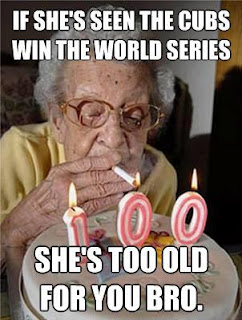 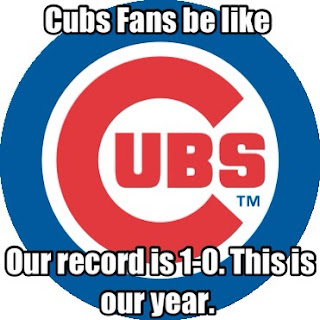 9:10 PM. Eighteen to zero. This is humiliatin’. Not even a single hit for our boys. We haven’t had anyone even on first base yet. Wainwright, I swear on the grave of Harry Caray, you are not getting a perfect game in Wrigley. Even if it means I have to charge onto the field and kick your Cards ass myself. 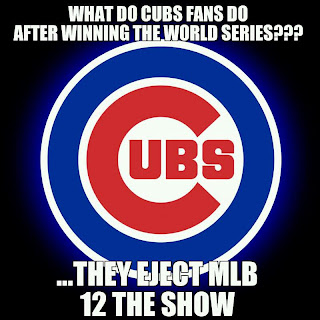 9:40 PM. Strike three on Barney. Are you blind? Wainwright was practically giving that last one to you, and you missed! 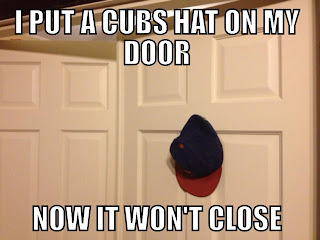 9:55 PM. Bill Murray shows up to sing Take Me Out To The Ballgame during the seventh inning stretch. I’m not really listening. I’m too busy wondering how the hell our boys could be down by twenty home runs. 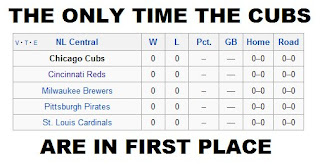 10:15 PM. That Cards rat Carpenter just hit a grand slam. Right into the stands. Kozma, Holliday, and Freese are all sauntering around the bases, laughing their asses off. Carpenter’s grinning like a loon. The Cubs are shaking their heads in dismay.

I hate the Cardinals. 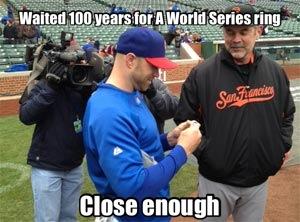 10:17 PM. Tony and Jack and I are looking around the stands. Down by twenty four runs, that walkin’ curse Steve Bartman must be here tonight. He must be the cause of it. Cost us a trip to the World Series back in 2003 by catchin’ that ball, and only someone as evil as Steve Bartman could be the reason this game is goin’ this bad. 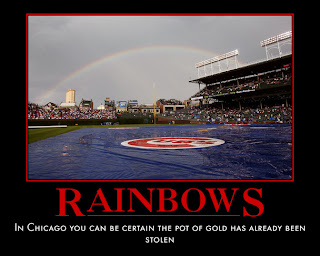 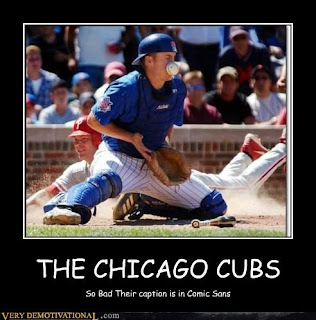 10:40 PM. Wainwright’s surrounded by the Cards, celebrating a perfect game. The Cubs are walking off the field in disgrace. The fans are disgusted. Losing twenty nine to zero. Damned Cardinals. Damned Cubs.

That’s it. I’m done. No more rooting for those bums. I’m finished. 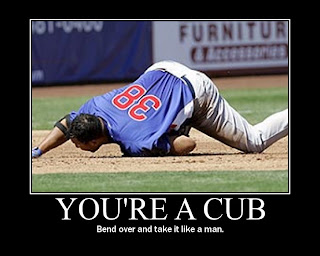 10:55 PM. Into the local watering hole. Mick the barkeep sees the looks on our faces. We order beers. It’s gonna take a lot of drinks to wash away the disgust of watching that game. Jack and Tony and I all agree. We’re through with those bums. Finished. We’ve gone to our last Cubs game. They’re a disgrace. To hell with them. 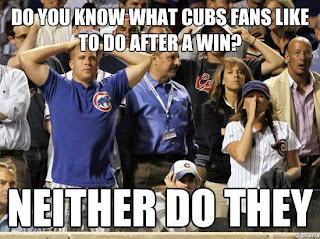 11:03 PM. Sportscaster on the local news, talking about the Cubs collapsing in spectacular fashion against the Cardinals. Everyone in the bar yells in disgust. Someone sets a Cubs shirt on fire. Mick comes out with the fire extinguisher. We all keep drinking. Anything to dull the pain. 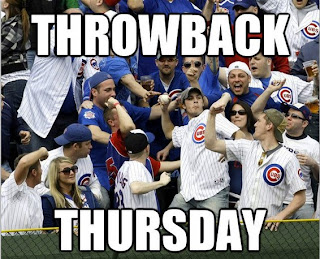 11:25 PM. Someone on the news says he saw Steve Bartman leaving Wrigley Field after the game. I knew it! That little source of a curse screwed us over big time! Again!

Doesn’t change a thing. Those Cubs have let us down for the last time. I’ve invested forty years of my life rooting for a team that never gets anywhere and just keeps breaking my heart. If I were Canadian, I’d be a fan of the Maple Leafs. 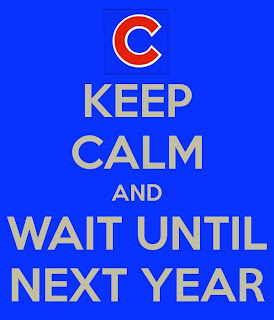 12:55 AM. Feeling quite a buzz. Must be all the booze I’ve had to drink. You know, Tony, Jack, those Cubs aren’t so bad. I mean, sure, they break our hearts, but they’re still our boys, right? There’s always next year. Yeah, next year we’ll win. Right boys? 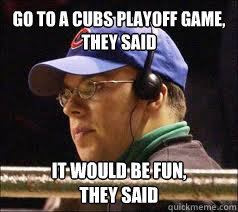 1:15 AM. Jack and Tony agree that we’ll give the Cubs another chance. Tomorrow’s another day, and, hey, it’s not like they can have a game as bad as this one again, right? Don’t worry, Cubs, your fans still love you. 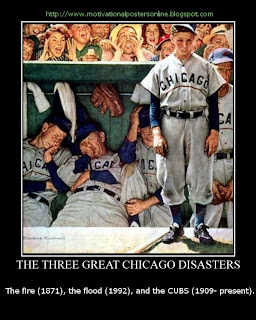 2:20 AM. Staggering back into the house, thoroughly drunk. Glad I don’t have to be at the office tomorrow. It’d be the mother of all hangovers. Collapsing on couch.

Next year, baby. Next year, the Cubs are gonna win the World Series. Gotta believe in the home team. They can do it.

And if they don’t, let lightning strike Barry Bonds. 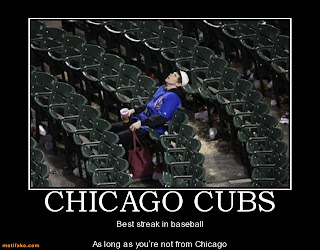 Email ThisBlogThis!Share to TwitterShare to FacebookShare to Pinterest
Labels: a day in the life, baseball, Chicago, sports, sports fans