A Day In The Life Of A Cabbie

Before getting to today's mischief, a bit of business to see to. I did a guest blog over at Annette Gendler's blog on blog commenting. She's spending the month on a blog challenge, posting each day, and asked if I'd stop in and talk about it. So head on over there, see if I was a bull in a china shop, and let us know what you think!

And the following blog comes from a suggestion by Cindy, whose blog Just North Of Wiarton and South Of The Checkerboard is one that I've been following for awhile. She lives on the Bruce Peninsula with her husband and four Australian Shepherd dogs (plus a pack of puppies at the moment, who are beyond cute). As her husband's a cabbie, she gave me the idea to play around with taxis as a theme. This is the result. She might end up regretting it! 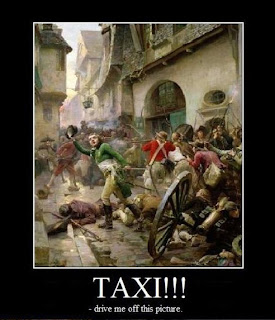 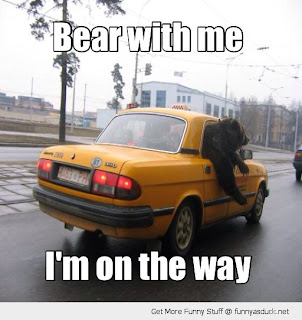 2:59 PM. In the front door at the offices, just in time. As always. Ask the dispatch staff for any customers, and they've got one downtown. Heading off to pick up my passenger. 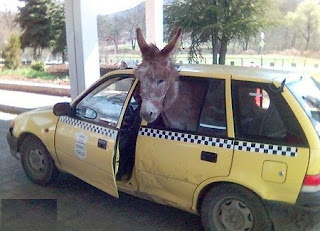 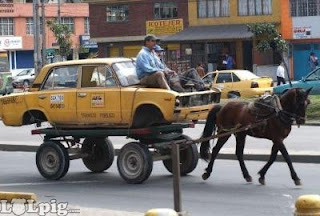 3:27 PM. The guy starts talking. Asks if I know a good spot to get some munchies. Oh, now I know where I've seen this guy. He's that dolt who keeps running for the Marijuana Party in every election and never wins. 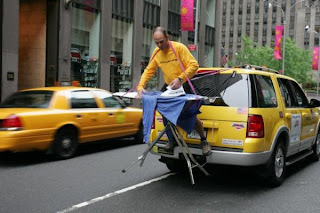 3:29 PM. Gently remind the passenger that this is a non-smoking cab, and ask him to toss the joint out the window. He asks if I have any idea how long it takes him to grow that, but reluctantly tosses it out anyway. 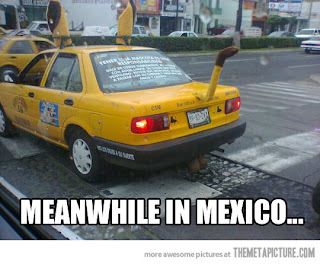 Other passenger gets in, sniffs at the fading smell of weed, and I insist it wasn't mine. 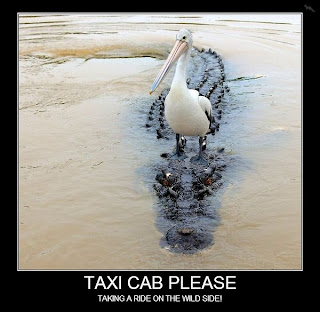 4:45 PM. Passenger climbs into the back and tells me he's being followed, asks if I can do anything about it. Oddly, he looks kind of like Cary Grant. Even though Cary Grant died years ago.* 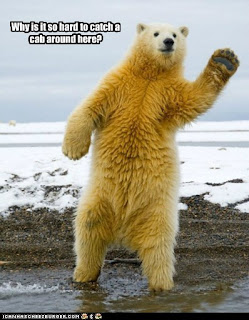 Ten hours sitting on my butt each day isn't doing my butt any favours. 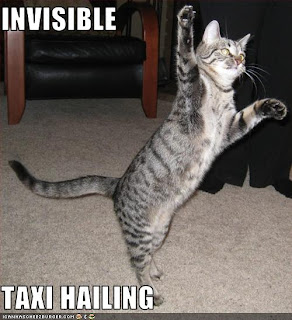 7:20 PM. Chatting with passenger on way to train station. Asks if I've ever driven anyone famous. Well, aside from Cary Grant's ghost? I did bring Ted Kennedy back to his hotel once after an evening at the bar... let me tell you, that guy could drink anyone under the table. He smelled like a brewery. 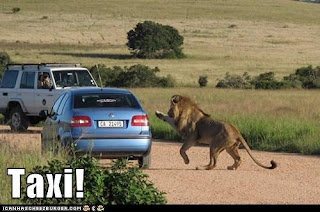 7:30 PM. Dropping off latest passenger. Will stay for a bit at the train station to see if anyone needs a ride.

I think I can still detect the smell of weed in here. 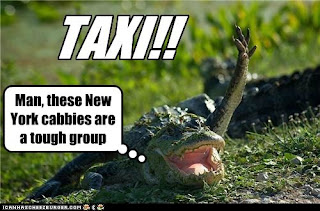 7:35 PM. That didn't take long. A man and woman show up out of the station, luggage in tow, asking for a lift to the Hilton. 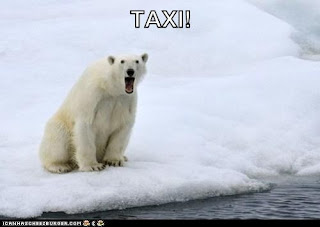 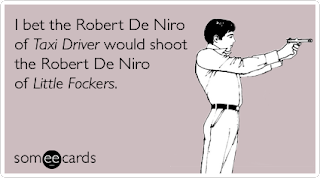 7:40 PM. Not sure how long I should let this go on before I should put a stop to it. They're groping each other. A lot.

7:43 PM. Quietly asking the couple to behave themselves. I remind them that it's a bit distracting for the driver, and there are laws about seatbelts, after all.

They both look quite put out. 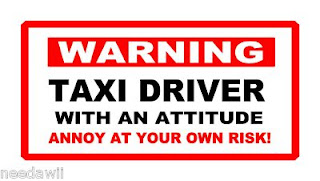 7:55 PM. Have arrived at hotel. Helping the passengers with their luggage. They're more interested in playing grab ass with each other. The doorman gives me a look. I roll my eyes.

At least they're good tippers. 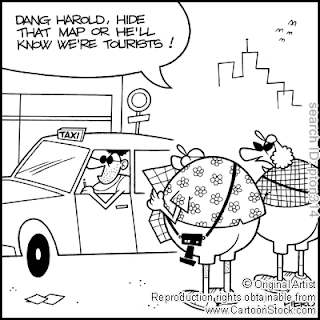 8:10 PM. Cranky looking nun gets into the cab. Sniffs the air and tells me it'll be fifty Hail Marys for smoking weed. Sister, first of all, I'm not Catholic, and second, it wasn't my weed. 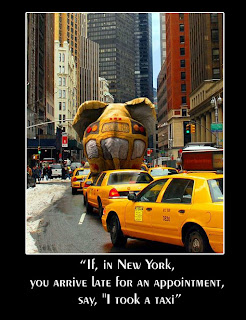 8:17 PM. Dropping off Sister Mary Frances at St. Bartholomew's Of The Perpetual Torment Church. She's been lecturing me nonstop about the perils of smoking noxious substances and the effect on the mind. Sister, like I said, it wasn't my weed. I don't do that!

She doesn't even tip me. Mutters something about my using her fare to go off to my drug dealer for extra weed. I find myself feeling sorry for anyone who has to live with Sister Mary Frances. 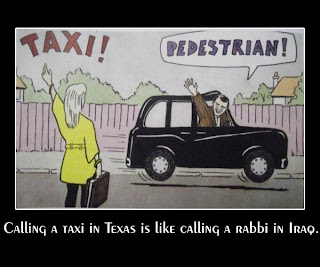 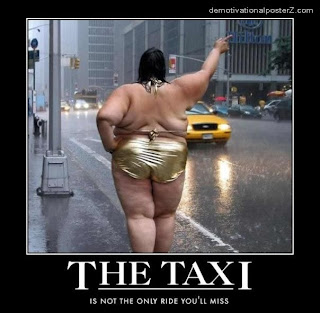 11:25 PM. Loud chatter from the back seat interrupted by the sound of retching. Glancing back just in time to see one of the drunkards throwing up what looks to be a combination of natchos, cheesesteak sandwiches, and hot sauce. Well, I was going to have to have the cab cleaned out anyway... 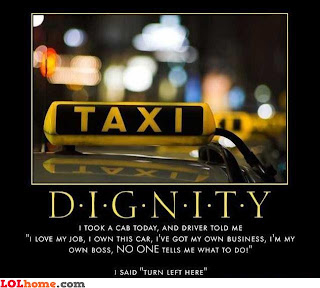 11:35 PM. Dropping the three drunkards off. One of them pays the bill. Considering the cleaning that's going to have to be done, it's a lot steeper than just the taxi fare. The drunkard doesn't seem to mind. Meanwhile, one of his friends is throwing up in the flowerbed in front of the building, while the other one is howling at the moon.

That is why I haven't had a drop to drink in twenty years. 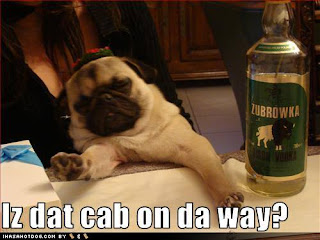 12:05 AM. Back at the dispatch offices to check out early. Larry down in Maintenance has a look at the back seat of the cab. Tells me he can't recall the last time he saw projectile vomiting like this. He says he'll have to give the thing a total scrubdown.

I ask him to make sure he gets rid of the smell of weed, and deny, once again, that it was mine. 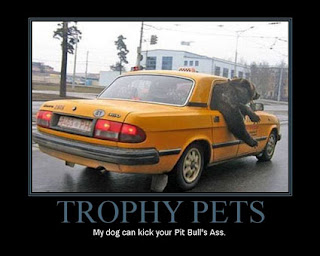 *Please tell me you're not all a bunch of heathens and at least one of you got that!
Posted by William Kendall at 7:23 PM