Vengeance Of The Downton Abbey Fanatics

I am so dead for writing this one... just thought I ought to say it in advance. 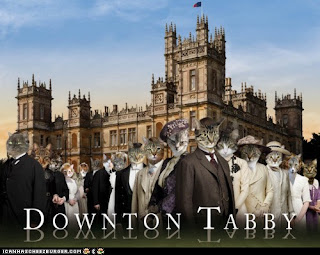 Director Announces Plan For Downton Abbey Film Adaptation; Television Show Fans And Stars Outraged
London (Reuters) Director Michael Bay, who has brought such films as Armageddon, The Rock, and the Transformers franchise to the big screen with his trademark quick queasycam edits and loud explosions, has picked up the film rights to adapt the popular television series Downton Abbey, broadcast in ITV in Great Britain and on PBS in the United States. The series, which tells the stories of an aristocratic family and their servants in the English countryside in the post Edwardian era, has become renowned and beloved by its fans, who enjoy the sterling cast, the intricate storylines tying into history, and the complex relationships of the characters. The fans of the series have given the show a life of its own, and have become fiercely loyal towards it. The notion of Bay getting the rights to make a film adaptation have, to put it mildly, horrified Downton fandom. 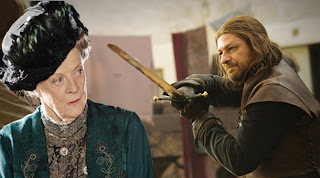 Show creators Julian Fellowes and Gareth Neame worked to distance themselves from the project. “Unfortunately Mr. Bay used deceit and treachery to get his hands on the film rights. We are as outraged by this turn of events as our many fans, and can only encourage them, when the time comes, to avoid seeing this adaptation,” a joint statement to the press declared.
Cast members are shocked. Dame Maggie Smith, who plays the Dowager Countess of Grantham on the show, was annoyed when reached by reporters. “Michael Bay is a horrible director. The man believes that a string of endless explosions and loud noise constitutes a film. He must be stopped. He is a menace, and he has to be stopped. For the good of all that Downton Abbey is, he cannot be allowed to proceed.” 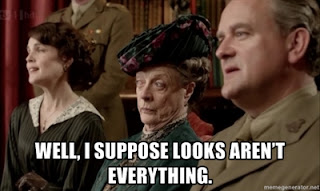 Cast members Hugh Bonneville, Elizabeth McGovern, and Michelle Dockery were all in agreement. “This is ludicrous,” Bonneville told reporters on the set of the show in Hampshire. “If this project was going to be going to an outside director, we all expected someone credible, like a Ken Branagh or a David Yates, to come in and direct."

"Instead this miscreant comes in and steals the film rights,” Dockery added.
McGovern shook her head in dismay. “And this is why I avoid Hollywood like the plague. Someone like this has no right to be manhandling such a special piece of work.” 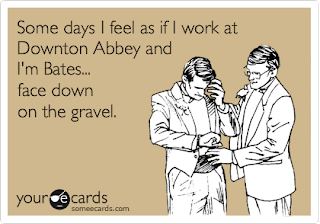 Across the world, chapters of Downton Abbey fan groups have been rising up since the news was announced. Through the viral nature of social media on Facebook or Twitter, groups calling themselves Save Downton or Stop Michael Bay From Destroying Our Downton have sprung up quickly, gathering more followers by the hour, announcing escalating bounties on the head of Michael Bay.
As for the director himself? Bay met with reporters in New York, looking entirely pleased with himself. “Before I say anything else, I’d really like to thank my plastic surgeon for making me look so good, and my hairdresser who gets my hair just right and always knows how to give me that just enough stubble look that I love so much, and the people who help me get my tan just right. Don’t I just look fabulous?” 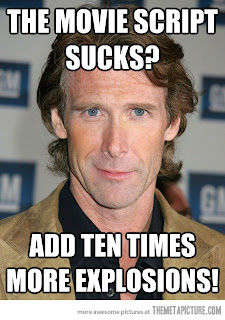 The press brought to his attention the matter at hand, and Bay shrugged it off. “You know, I know there are a lot of fans out there of the television show who think I’m going to make mistakes in bringing this thing to the big screen. I’d like to set their worries to rest. I won’t be using the cast of the show. For one thing, they’ve all threatened my life, and I don’t like working with casts who hate me that much. So, I’m going with a total new cast. I’m thinking Shia LeBeouf has to be the main character. After all, most other actors won’t work with me twice for some reason that I can’t quite figure out, but Shia likes working with me. And none of this cranky old British chippie  either. “ Bay said that with a Cheshire-cat grin.
“American audiences want American actors, so we’re going to have, oh, let’s say, Betty White playing that dowager Countess whatever you call it. And while we’re at it, I don’t know about you, but I find all that English chatter stuff that goes on in all these period dramas really, really boring. Too much talking, not enough explosions. And not enough barely clad women waxing cars. And not enough rock music underscore. And not enough explosions. Did I mention I want explosions? So what we’ll be doing is very simple. We’re going to set aside all that British chattering and telling the story of a runaway steam train that’s doomed to collide with the Abbey house by the end of the film. And Jon Voight’s going to appear somewhere in it, because I always have to have a Jon Voight appearance in my films. Maybe I’ll have him kicking the King in his royal ass. And we’ll have lots of explosions along the way. That’s the story I want to tell. Take that, Maggie Smith!”
Reporters were stunned into a horrified silence at the statement by Bay, who left to get his facial stubble trimmed. The film is being timed for a Christmas 2013 release, and has been given the working title Downton Abbey: Burning Down The Abbey.
The bounty on Michael Bay’s head has grown since the statement to surpass the thirty million dollar mark. 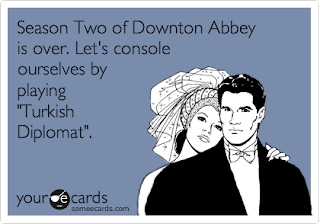 Posted by William Kendall at 6:22 PM