Far Over The Misty Mountains

"I would take each and every one of these dwarves over the mightiest army." ~ Thorin Oakenshield 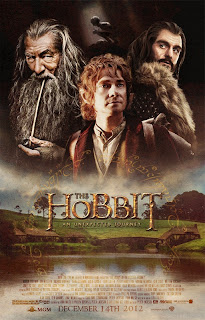 The Hobbit: An Unexpected Journey is the first of three films adapting J.R.R. Tolkien's book The Hobbit, which would serve as the jumping off point for his later trilogy The Lord Of The Rings. Director Peter Jackson along with Fran Walsh and Philippa Boyens have joined up to give us the first story after their success a decade ago, recounting the adventures of Bilbo Baggins as he sets off on the adventure that will define his life. The original book isn't as big as the novels in the LOTR trilogy, and Jackson and company have opted to work in material from Professor Tolkien's extensive appendixes and notes about the world of Middle Earth for these three books, turning what had originally been a children's book into more of an epic.

The story starts itself off in a familiar place, with the older Bilbo (Ian Holm) writing down his adventures for his nephew Frodo (Elijah Wood, making a cameo). We are drawn back some sixty years to a younger Bilbo, content to do as all hobbits do: consume ale, stock the pantry, and stay out of the way of the big folk. That is, however, until the wizard Gandalf (Ian McKellan) and thirteen dwarves turn up in his life. 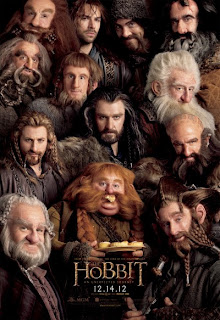 Bilbo is drafted into their quest. Erebor, the homeland of the dwarves, has been laid siege to by a dragon, Smaug, seen in flashback, and the treasures of their people stolen. They aim to get it back, and the road will lead them through both wonders and dangers, including elves, orcs, trolls, goblins, and all manner of dark forces, including an emaciated creature who was once a hobbit, but is now something else entirely. Yes, Gollum turns up here as well, long before meeting a bad end in the caverns of Mount Doom, once again played in a mesh of performance and CGI by Andy Serkis. 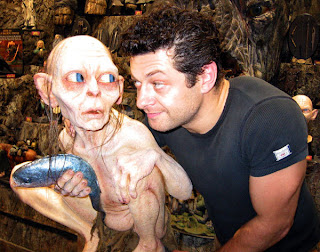 Returning to the world of Middle Earth is welcoming indeed. It feels in a way as if we've never really left the place. Jackson and company reassembled a crew, filmed largely on location again in New Zealand, which has a wildness to it that comes across beautifully in the film. Much has been made of the technical aspects involved in the filming; the projection rate of 48 frames a second used here are twice as much as usual; Jackson wanted to go for heightened reality. It's somewhat disconcerting at first; it gives perhaps too much clarity at times, but it's a minor quibble. The story itself renders that one problem an afterthought. There are theatres running the movie in the traditional 24 frames a second format; look into seeing it that way if you can.

His assembled production crew have gone through great lengths to draw us back into Middle Earth again, with painstaking attention to detail, in costuming and makeup- one of the things I loved about the LOTR trilogy, for example, in production values, was that no Orc ever looked the same as another. The same applies here, where there is such variety and differences in character looks. Cinematography and camera work remains as stunning as ever, with sweeping vistas and just the right framing- not to mention the tricks that successfully convince us that a tall actor is in fact much shorter than a wizard. And Howard Shore returns to compose the musical score, returning to some of his older themes but weaving in new material as well, creating a memorable, powerful, and epic score once more. 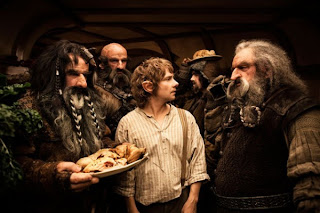 Jackson brings back some of the actors from the LOTR trilogy in appearances. Hugo Weaving as Elrond and Cate Blanchett as Galadriel, two immortal and wise elves, return, and it's pleasing to see them again. Christopher Lee appears briefly as the wizard Saruman, before his fall as seen in LOTR. Holm and Wood returning once more to reprise their characters briefly is a treat. Serkis is, of course, creepy and sinister when he finally turns up as the nefarious Gollum. And Ian McKellan seems to have picked up right where he left off as the old yet ageless Gandalf the Grey, the wizard guiding the quest. He is, as ever, wise and enigmatic, and getting the chance as an audience to spend more time with the character is welcome indeed. 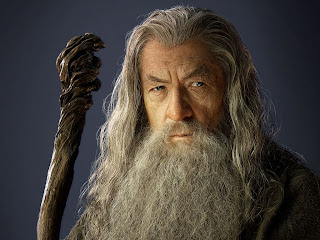 Within the fresh cast are some surprises. Barry Humphries, who created the Dame Edna persona, turns up, hardly recognizable, as a malevolent goblin king. Among the thirteen dwarves are some we've heard mention of in the LOTR films, such as Gloin, father of Gimli, and Balin. Yes, you'll need a scorecard to keep track of them, but the dwarves each have their own distinctive look and personality quirks. You'll get used to them. Their chieftain is Thorin Oakenshield, played by Richard Armitage, a sort of king who's lost his country and wants it back. Armitage, a British actor with quite a following (it must be his eyes, right?), has appeared mostly on the other side of the Pond, notably in latter seasons of the British series MI5 (or Spooks, depending on where it's being broadcast), and did a cameo appearance as a Nazi saboteur in last year's Captain America: The First Avenger. Armitage plays Thorin as a decisive, noble, and courageous leader; he's the Aragorn of the story. 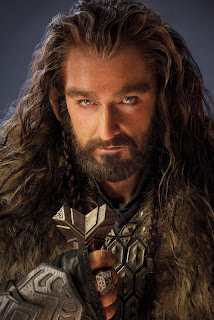 Martin Freeman is the anchor of the film. He's a character actor best known at the moment for a modern television adaptation of Sherlock Holmes in Britain, and he plays a believably younger Ian Holm, while giving the role of Bilbo his own exuberant sensibility. There's a trace of anxiety and worry in this hobbit, suddenly drafted into an adventure despite his own wishes, a good element of humour and mischief in the performance, and Freeman brings to full life a decidedly enjoyable Tolkien character. Bilbo Baggins is in good hands. 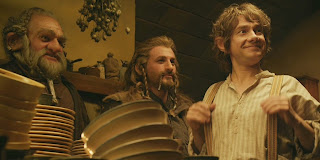 The adventures of a hobbit, a wizard, and a group of dwarves has started off well indeed, and will be going on for the next two years. As a great fan of the Lord of the Rings trilogy, I can say that I'm pleased by the first of the three films. Even if I'm wondering... did it have to be three films? I want to see the end now! 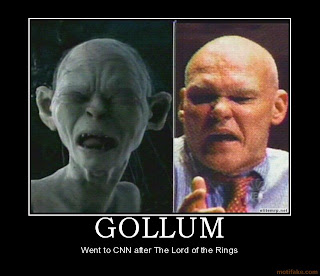 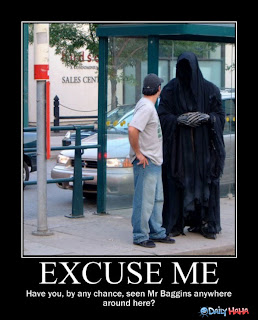 Posted by William Kendall at 6:10 PM