The Last Stand Of A Mad Scientist

You may want to read this previous post to make sense of the following.... 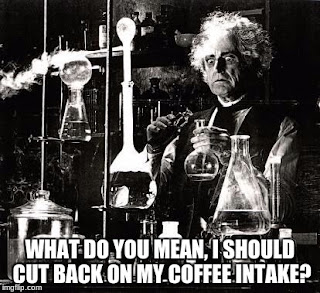 Vienna (AP) The threat of supervillain and mad scientist Magnus von Malice is at an end after nearly two weeks of continued global threats and demands of complete capitulation from the world’s leaders. Von Malice, the deranged graduate of the Zeppelin Von Blood Academy For The Ethically Challenged, has been known in recent years for world domination attempts, morally reprehensible science experimentation, criminal acts, and self-glorification. He escaped custody from a German prison hospital wing recently, and issued demands to the entire planet of a complete surrender to his rule, among other things. 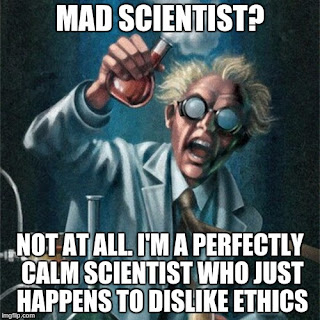 The days following that initial video demand and narcissistic rant were followed by more video rants, each time spending an hour or so boasting about himself and his “genius mind”, in between seething vows of bloody revenge on Lars Ulrich, the Mountie who had caused him so much trouble. World leaders debated among themselves as to what to do. The French president issued white flags to be flown all over his country. The Russian president was not available for comment. The American president, if you want to call him that, tweeted up a storm. “Fake news! Magnus Von Malice is a great guy! Crooked Hillary and Lyin’ Ted and Franklin Delancey Roosevelt are to blame! Sad!” 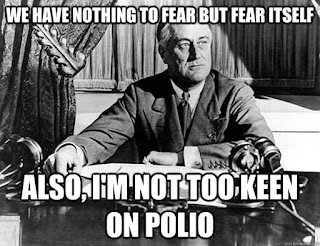 At the UN, representatives debated endlessly. Entertainment reporters gossiped among themselves, wondering why a super villain would want the painful death of a heavy metal drummer, not realizing the Lars Ulrich in question was not that heavy metal drummer. They also speculated that sooner or later there would have to be a movie made about the fearsome Magnus Von Malice, but who would be ideal in the part? Carrot Top was the consensus for all of them- yet more proof of why entertainment reporters are pretty dumb.

As to the Mountie himself? Inspector Lars Ulrich, the world’s most dangerous and grouchy lawman, was out of reach. Mounties at his detachment refused to account for his whereabouts. The Canadian government also maintained their silence on the matter. In a detainment facility in Calgary, the former novelist and current murder suspect Jessica Fletcher, facing trial proceedings for multiple murders, issued a statement of her own. “Nobody kills Lars Ulrich but me! Do you understand??? Nobody! I want his head on a pike! His head on a pike!” The lunatic was pulled away from the visitor table at that point by guards, while her attorney told this reporter that everything she said was not to be quoted. 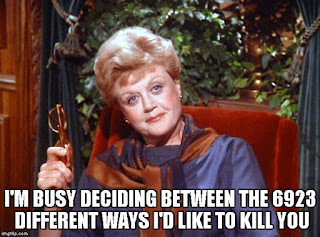 Von Malice, in a more recent video rant, laughed at one point about the absence of Ulrich. “He’s a coward! A coward! He refuses to take the painful death that he surely deserves like a man! But die he will, and at the hands of the greatest genius this world has ever seen! At the hands of Magnus Von Malice!” The supervillain kept laughing at this point for another five minutes, and finally calmed down, facing the camera, smirking. “Let me tell you this. My loathing for Lars Ulrich precedes his ever crossing my path and thwarting my plans! It is a blood feud that spans generations!” The supervillain glared at the screen, his hands clutching at nothing. 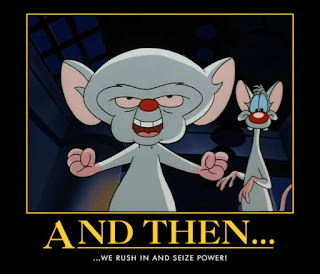 “Long ago, my great-grandfather, the esteemed and ruthless scientific genius Gunther Von Malice, an esteemed alumnus of the Zeppelin Von Blood Academy For The Ethically Challenged, just like me, tried to take over the Canadian West with his giant scorpion machine- which, by the way, happened a full century before that giant spider in Wild Wild West, so don’t talk to me about ripping off a bad movie. And we all know it was a bad movie, because the heroes won! Where was I? Oh, yes, Grandfather Gunther. His schemes were thwarted by another Mountie! Zane Ulrich, the great-great-grandfather of Lars Ulrich! So, you see… it’s personal. Lars Ulrich, you are going to die. Die, die, die, infinity die!” 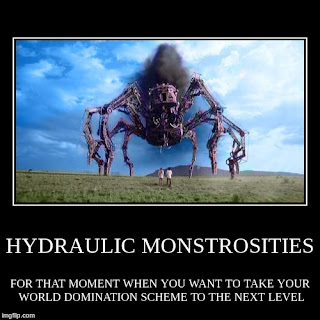 Yesterday, the supervillain unleashed a path of destruction in the Austrian countryside. Witnesses started making panicked calls about a gigantic steampunk style mechanical scorpion stomping its way through the countryside, unleashing fireballs from its stinger, slamming into homes with its claws. At its controls above its head, behind bulletproof glass, was Magnus Von Malice himself, laughing at the destruction he was causing. Later reports and comparisons to the 19th century version his ancestor built would confirm that this scorpion was twice as big as the one used by Gunther Von Malice. And for the record- it was still a rip off of Wild Wild West, which this reporter can concede to agree with the supervillain: it is a bad movie. 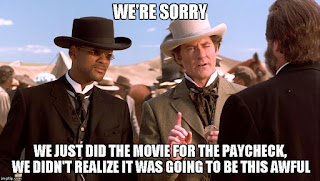 Von Malice was closing in on Vienna itself, the city of dreams, with its grand architecture at risk, after six hours of shrugging off attempts by the police to slow him down. Finally, with the city itself in sight, his scorpion machine came to a halt, and the supervillain paused to see two familiar figures standing in his path. Both were cranky. Both were exceedingly dangerous. One was a Mountie. The other was a tiny but ferocious dog.

It was Inspector Lars Ulrich. And Fluffy, Destroyer of Worlds. 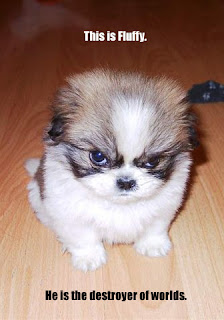 The two had teamed up before, to bring down Von Malice and destroy his time machine. Authorities later confirmed the two were in Europe following leads on their mutual foe and had been summoned by the Austrian government through Interpol. Now they were face to face with a gigantic scorpion and a deranged mad scientist bent on destruction. Witnesses reported that Von Malice blathered on over a loudspeaker about an immediate surrender, and then opened fire with his flame stinger.

Ulrich and Fluffy deftly avoided the fire… and then flanked the scorpion from either side, beginning to ascend the legs. What happened next astonished onlookers, who watched the pair of ferocious grouches go to work systematically destroying Von Malice’s scorpion machine and reduce the mad scientist to a state of tears, blood, bruises, and busted bones. “It’s not fair!” Von Malice managed to gripe as he was loaded into an ambulance under the watch of Austrian police and a pair of victorious grouches. “I was supposed to rule the world!” 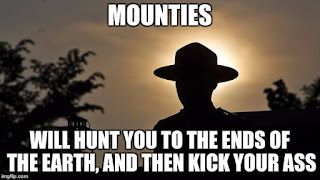 In the aftermath of the battle, Von Malice is being monitored under tight security as he heals from bones that have been broken yet again. The French president issued a statement insisting that he really didn’t mean to surrender control of his own country. At the White House, Donald Trump issued statements by Twitter: “Unfair! Very unfair! Magnus treated very badly! I want that Mountie thrown behind the wall I’m having Mexico pay for! Sad! Fake news covfefe!”

The gigantic scorpion machine is beyond repair, something lamented by Disney executives, who mused in the battle’s aftermath about adding it to the five times daily Disney parade in Orlando. The machine itself, shattered and busted, is nearly incomprehensible to most engineers who have had a chance to look at it. “To be honest, when you’re insane like this Von Malice guy is, sometimes you create things that nobody else is going to ever sort out how to get to work,” one told reporters. 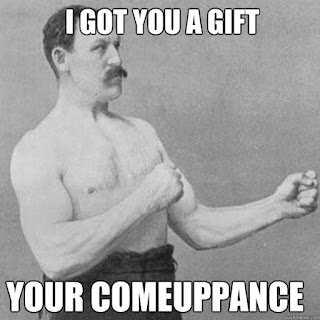 As for the victors themselves? They were seen having a drink at a Vienna bar before parting ways. Ulrich returned to Canada and his detachment. Fluffy returned to what he was doing- being the terror of Monster Island. And Carrot Top, reached for comment, said, “Hollywood has got to cast me as this mad scientist. Please, there are loan sharks coming by the end of the day for the 150 grand I owe them, and they’re going to break my legs, man! My legs!” 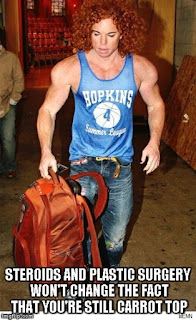