The Daring Escape Of An Lunatic Scientist 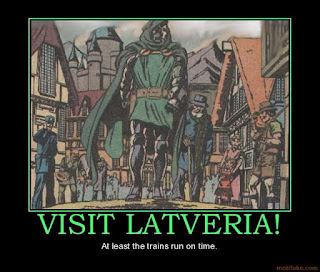 Berlin (Reuters) The world is reeling from news of the escape from prison of a notorious mad scientist in Germany. Magnus Von Malice, the super villain alumnus of the Zeppelin Von Blood Academy For The Ethically Challenged, the sociopathic and egomaniacal scientist whose attempts at world domination have run the gauntlet from bringing z-list celebrities back from the dead, stealing million dollar coins, arms dealing, and endless tirades, was arrested several months ago after a previous escape from prison. He and his minions stole a million dollar Canadian coin from a German museum, and Von Malice’s plans and threats against the world were thwarted thanks to the timely intervention of the world’s most relentless lawman. 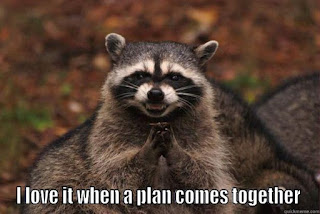 Von Malice and his associates had been charged with multiple counts and imprisoned pending trial in Germany. Von Malice himself had been spending several months in a body cast after an epic beat down, still recovering in recent weeks while his body was mending. Police are still investigating the means of his escape after a daring breakout achieved by an unknown number of intruders at the hospital wing of the prison where he had been held pending trial. 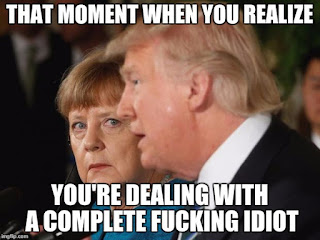 While Von Malice is on the run, numerous figures around the world have responded to the crisis. Chancellor Merkel seemed dismayed and irritated, which might well be her default setting. “I want answers about how this could have happened,” she told reporters. “How hard is it to keep such a man confined? This man still had broken bones mending! Now he’s out there making threats and making more plans and doing whatever mad scientists do! Do I have to remind you he’s built death rays and interfered with time itself to resurrect pointless celebrities? What else is he capable of?” 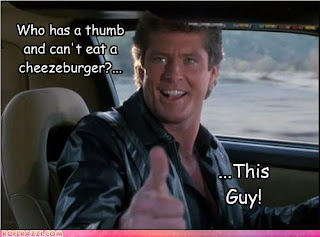 Actor- if you want to call him an actor- David Hasselhoff, who was one of the z-list celebrities resurrected by Von Malice, had his own statement on the matter. He was still mending himself, after an altercation with Sharknado co-star Ian Ziering at a promotional event for the latest sequel left the former television heart throb with facial injuries still mending. “People need to just back off and leave Magnus alone!” Hasselhoff said. “He’s not a bad guy! He brought the Hoff back from the dead, after all, and the Hoff being in the world is a great thing!” 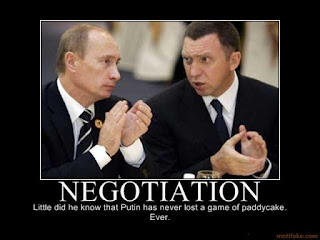 Russian president and sometime super villain himself, Vladimir Putin, was evasive about Von Malice when asked if he was giving sanctuary to the mad scientist. “Look, it is very simple, da? One does not give straight answers when one is asked about old poker playing friend and occasional lunatic? Magnus Von Malice may or may not be in Russian territory, da? How should I know? Do you think I know everything that happens in Mother Russia? That would mean I would have spies everywhere reporting on everything, and that is just silly.” He laughed, and not in a good way, but more in the kind of way that made you think he was considering the brutal death of someone who had cut him off in traffic. 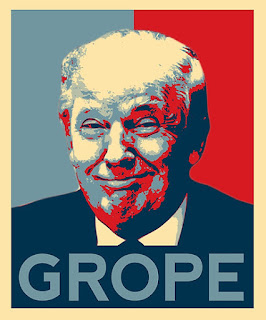 The current occupant of the Oval Office (for the moment, anyway) has been busy tweet-screaming at military widows, football players, and pretty much anyone else who’s been irritating him, not to mention contending with looming indictments and the Mueller investigation. And yet that hasn’t stopped him from issuing Twitter statements on the matter. “Manhunt on Magnus very unfair!” Trump wrote at three in the morning yesterday. “Magnus is a very fine guy! Good guy! Gave my campaign lots of money, bigly covfefe!” Another tweet following that noted: “Blame Crooked Hillary and Obama! Lock them up! Lock them up! Fake news!” The tweets that followed that became even less coherent until ending at four thirty with a final one: “Lyin’ Ted hates rabbits!” 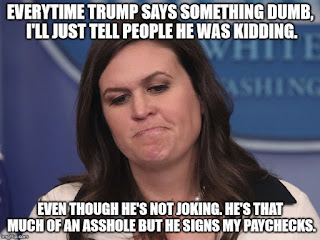 In the morning, a press briefing was very brief, with White House Press Secretary Sarah Huckabee Sanders coming in and telling reporters, “The President’s Twitter account was hacked. We believe Hillary Clinton did it, and we are demanding she be arrested and perp walked by the FBI before the entire world. That’s what the president told me to say. Now off the record, if any of you can think of any places that might hire me in a month or two, let me know. I don’t think this job is going to last much longer. Thanks, no questions, bye.” 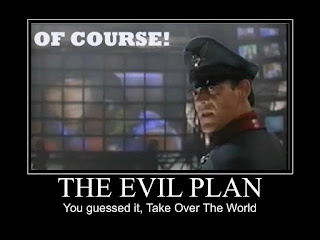 The supervillain himself made contact with the world at large through a video transmitted from an unknown location. He was sitting in a large arm chair in a comfortably furnished room, petting a ferret. His long black and silver hair was disheveled, and he was dressed in dark slacks and a turtleneck. “People of the world! It is I, the unparalleled genius that is Magnus Von Malice! Only I, the greatest mind this world has ever produced, could have escaped from custody! Only I, the leading figure of the age, could be so audacious! You cannot keep me contained. No one can stop me! For I, Magnus Von Malice, am utterly unstoppable!” He began to laugh, until his face seemed to strain in pain and he clutched his side. “Oh, damn…. My ribs. Still healing up, you see. But that does not matter! For I have demands to make!” 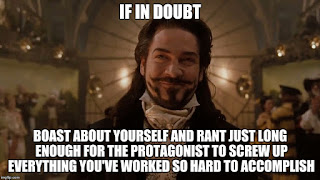 For another thirty minutes, Von Malice went on and on, bragging about himself and his intellect, to the point where one might think he needed to seriously dial back on the ego. Finally he got to the demands. “In the past I have insisted on sole ownership of entire countries and massive amounts of money or I would wreck havoc with the world. You refused. Instead you sent that… policeman after me. Now I will not be satisfied with just getting my hands on France, or turning the people of Denmark into playing the part of my personal chess set. I will not be satisfied with trillions of dollars handed over to me.” 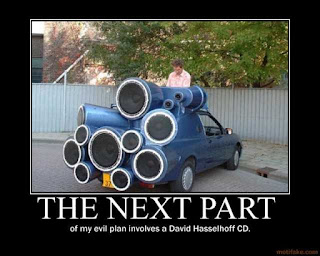 He paused, glared at the screen, petting the ferret. “I will give the governments and the people of the world precisely two weeks from today. You will surrender all control of your countries to me. You will surrender all wealth to me. There is to be no negotiation, no conditions. Only I, Magnus Von Malice, can lead the world forward into the future. I will be satisfied with nothing less than total and complete world domination!” He laughed again, until the pain of mending ribs stopped him. “Ah…. Ah, that’s better. And one more thing. I want that Mountie. I want Lars Ulrich. I want revenge. I want him handed over to me. I want to strap him to a rocket and send him into the sun. You will hand him over to me so that I can end his existence. Is that clear? Welcome to the new age. The Age of Von Malice!” He started laughing, until the ferret leapt out of his hands and started clawing his face. “Owww! Somebody get Hugo off me! Stop that! Stop it, Hugo! Stop! Bad ferret!” 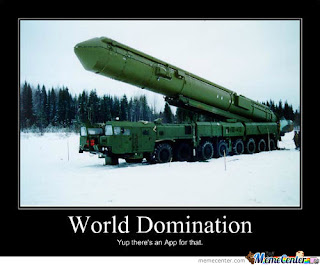 The video ceased at that point. Governments of the world began to debate the demands. The president of France recommended an immediate surrender. The American president tweeted, “Crooked Hillary!” The Russian president looked addled after viewing the rant and was said to have run away to the nearest reinforced bunker.

And at an RCMP detachment in the Alberta foothills, a gruff Mountie was cautiously approached by reporters for comment. Upon being reassured that the reporters knew full well that he was not that other Lars Ulrich, the Inspector’s glare lessened. “It’s on my to-do list,” Inspector Lars Ulrich simply stated. “1: Find Magnus Von Malice. 2: Kick the crap out of Magnus Von Malice. And 3: make Magnus Von Malice cry. Now if you’ll excuse me, I’ve got to get at it.” In the opinion of this reporter, Von Malice might be in a world of trouble. 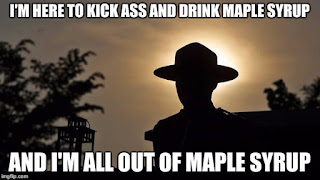