Tale Of A Chainsaw Wielding Nun 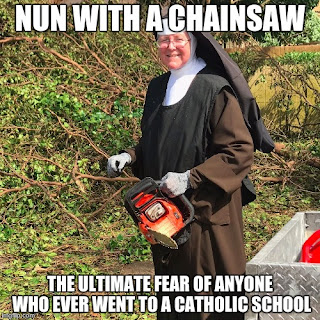 Los Angeles (AP) Reporters were summoned this week to the production facilities of Platinum Dunes, one of the stomping grounds of the fond of explosions self-described “movie auteur” Michael Bay, who has spent recent months in recovery after he and Nicolas Cage were beaten up by legendary and cranky Mountie Lars Ulrich. The Inspector, who’s never met an entertainment reporter he liked, was annoyed by their efforts to turn his life into a film, and put both the director and actor into body casts (editor: and one day he’ll pay for that! I don’t understand why this Mountie keeps getting away with beating the crap out of people! Saving the world repeatedly isn’t a good enough reason!). During convalescence, Bay canceled the project, and his numerous other films, in production or pre-production, were placed on hold. 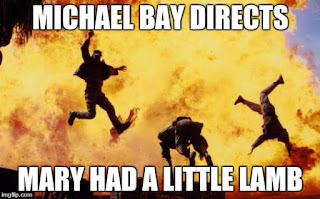 One would think the director has plenty enough to do on his plate, with his endless love of bigger and badder movie explosions, hot girls waxing cars, and Aerosmith theme songs dominating a back list of a couple dozen film projects, not to mention daily intense sittings with his mirror. Apparently not. (editor: stop making fun of Michael Bay!) Real reporters gathered at Platinum Dunes in the company of entertainment reporters- to use a phrase from Obi Wan Kenobi, “you will never find a more wretched hive of scum and villainy.”

This reporter, doomed by a bad working relationship with a horribly grouchy editor (editor: shut up!), so much so that there is a restraining order forbidding the editor from coming within five hundred feet of him (editor: what did I just tell you? Shut up! Shut up! Shut up! Oh, do I hate you!) was dispatched to the press conference, joining a handful of actual reporters and a horde of drooling, celebrity obsessed halfwits otherwise known as entertainment reporters. There we waited, rolling our eyes while the entertainment reporters gushed and speculated on what Michael Bay might have to say. This reporter hoped it would be the announcement that he was suspending production on all of his films and going into immediate retirement. 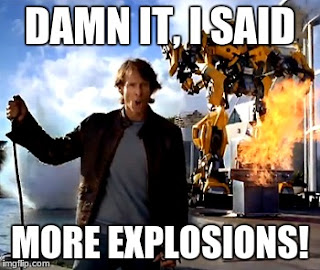 The stage was set as usual. A podium stood before the curtain. Beside it stood a full length mirror. A spokeswoman came out on stage, greeting the crowd and introducing her boss. “Ladies and gentlemen, give it up for the one, the only, the magnificent, the stupendous, the absolutely terrific and totally humble…. Michael Bay!”

The entertainment reporters were in a state of rapture, cheering wildly, applauding like their lives depended on it. The real reporters sighed, rolled their eyes, and hoped this would all be over quickly. Bay came out on stage. He wasn’t in a body cast- the only nod to his previous experience was the cane he used to walk. But he otherwise looked the same- jeans, a denim shirt unbuttoned at the throat, a blazer. The same disheveled hair, the same three days of stubble, the same dazed deer in the headlights look. He waved and acknowledged the adoration of the entertainment reporters, while remaining completely oblivious to the disdain of the real reporters. To be fair, he’s not that bright to begin with. (editor: shut up! Michael Bay is a smart guy, and a wonderful director!) 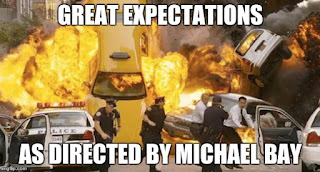 “Hello! How wonderful it is to see you!” Bay called out, walking up to the podium, taking a moment to smile and wink at himself in the mirror. He laughed and pointed to his reflection as he looked out over the crowd. “You know, it’s positively criminal to look that good.” The entertainment reporters laughed and cheered. The real reporters groaned and checked their watches.

Bay carried on. “It’s been awhile since we’ve seen each other last. I had to drop one of my projects. It turns out that not every Canadian is nice and polite, so we’ll just have to bid goodbye to my Mountie film. Oh well, there are always fresh ideas and new things that come along. Such as one that I’ve recently come up with.”

He paused, smiled in that vacant way that suggested the figurative mouse running around on a wheel inside his empty head had died years ago. Then he carried on. “All of us saw the horrific hurricane damage recently in the south. All of us saw the flooding and the damage and the carnage and the inhumanity and the humanity and the coming together and the water and the high wind and the reporters getting blown halfway across the state, and, well, I could go on, but what for? Just to hear myself talk? Well, that is a good reason, right?” 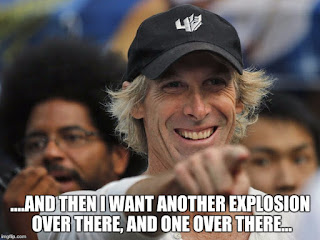 The entertainment reporters broke out into wild applause. Bay lapped up the attention, smiling with glee. Real reporters wished Bay would get swept out to sea by a hurricane. Bay carried on. “Now I’ve done disaster movies. Epic big scale movies with explosions and destruction and all that. I’ve never really concentrated on the clean up, because let’s face it… who cares about the National Guard and the fire fighters and the cops and the military and the civilians all helping each other recover? What’s cinematic about that? Am I right or am I right? Of course I’m right.” (editor: of course he’s right! Not one word out of you, you smirking, evil jackass!)

Bay kept speaking. “But one image stuck out for me. The footage of a nun, carrying a chainsaw, cutting up fallen trees on her school property. That gave me an idea. No, not a movie about a nun, because let’s face it, as any kid who spent time in a  Catholic school will tell you, nuns are scary, and who wants to watch a film about a nun living a life of service and celibacy? There’s no sex appeal in that! Am I right or am I right? Of course I’m right!” 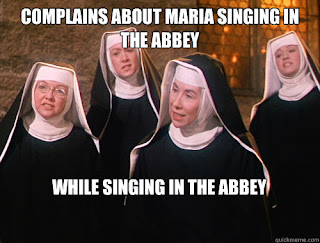 Bay was laughing at this point. The entertainment reporters were gushing. The real reporters were setting personal records for most eye rolls at a single press conference. “So here’s my idea, because it’s a Michael Bay film, and in Michael Bay films, there are always some pre-required things like explosions and hot babes and explosions and crazy villains and a few more explosions. Anyway, the movie title, in the tradition of great films like Snakes On A Plane, which, by the way, I should have directed… the movie is going to be called Nun With A Chainsaw! Isn’t that great?” (editor: great title! Great, great, great title from a great director!) 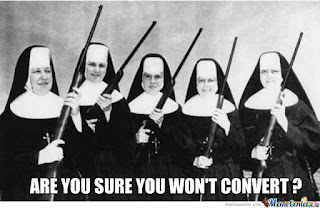 The entertainment reporters cheered and applauded again. Bay carried on. “And here’s the plot idea. A capable but totally hot female cop goes undercover as a nun to stop a mad bomber. We’ll work out the details of why she has to pose as a nun while we write the screenplay. I called Garrison Keillor and asked him to write with me, and he told me to go **** myself. I didn’t know he used that kind of vocabulary, but that’s beside the point. So we’ve got the cop. We’ve got the bomber. We’ve got the young Jesuit student about to take his vows as a priest and startled by his attraction to Sister Mary Katherine Calliope Aphrodite Madonna. We’ve got the crazy bomber determined to blow up the Pope on an official visit. Ladies and gentlemen, without further ado, let’s bring out our three leads. First, playing Detective Kate Walker, otherwise known as Sister Mary Katherine Calliope Aphrodite Madonna… give a warm welcome to Megan Fox!” 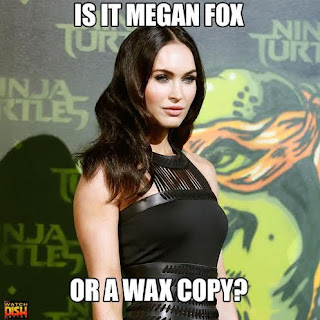 The actress came out on stage, wearing a low cut dress as usual, flashing her cleavage for the crowd. “Oh, this is going to be a wonderful role for me to play!” she proclaimed, taking a place beside Bay.

Bay carried on. “And playing the troubled seminary student, Alec Jericho, one of my favourite actors and I know he’s one of yours… Mr. Shia LaBeouf!”

LaBeouf came out on stage, waving. “Hello! You have all come to see Shia! Shia is pleased! Shia will look on you with favour when Shia ascends to a higher plane of existence!” This reporter had a face palm moment. Where was a bolt of lightning when you needed it? (editor: shut up! If anyone deserves to be hit by a bolt of lightning, it’s you! Oh, how I hate you!) 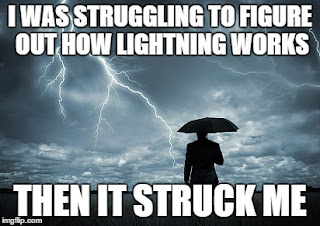 Cage came out on stage, looking recovered from his time in a body cast. He was stumbling about, carrying a bottle of vodka and smoking a Havana cigar. “Hello! Good to see you! Thanks for coming out!” He staggered over to join Bay, Fox, and LaBeouf.

“So there we have it, the lead cast of Nun With A Chainsaw, a big blockbuster action thriller from yours truly,” Bay boasted, still smiling like an idiot. (editor: he is not an idiot! You are!) 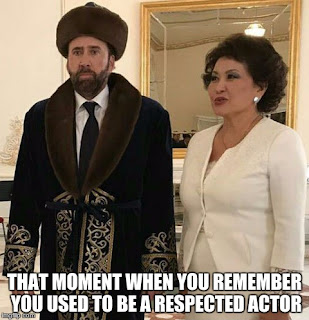 This reporter spoke up. “Mr. Bay, are you concerned the Vatican might take a dim view of your misuse of their institutions?”

Bay shrugged. “Yeah, well, we’re gonna have to get creative with the CGI. They won’t let me film in Rome. I called the Vatican to see if the Pope would play himself, and some bishop in charge of public relations told me to go **** myself. Why do people keep telling me to go **** myself? So we’ll probably cast Steve Buscemi or Dave Chapelle as the Pope. Anyway, this one’s going to be the big one. It’s going to be the masterpiece film that finally nets me my long overdue Oscar as greatest director of all time. Of all time, baby!” 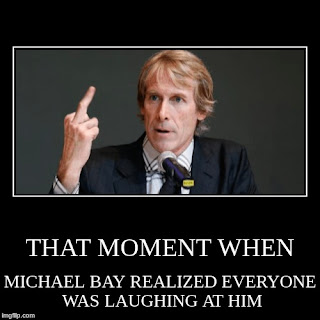 Bay laughed, walking off stage with his cast as the entertainment reporters called out his name repeatedly, chanting things like “we love you, Michael!” Real reporters were busy sighing, leaving the building as swiftly as possible, and cursing their wretched editors (editor: restraining order or not, you are a dead man! You hear me? Dead! Dead, dead dead!)

In closing, if anything should happen to this reporter, the police need not look any further than his editor, who just threatened to kill him in print. 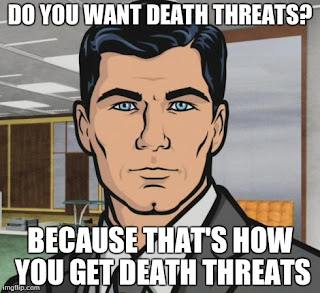