A Four Course Dinner In A Curious Spot

As I am busy in my photoblog at the moment, today I have another post of photos. A few days ago here in Ottawa, there was an event going on called Canada's Table, one of the Canada 150 events for this anniversary year. This was a concept created by three people- restaurateur Stephen Beckta and chef Mike Moffatt at Beckta, and caterer Sheila Whyte of Thyme & Again. They brought together twenty chefs, some from the National Capital Region, others from across the country, for a four course dinner for one thousand, at an outdoor setting: Wellington Street in Ottawa, in front of Parliament Hill. The event was sold out in February as a charity fundraiser, and the table stretched down the street that Sunday afternoon, from Elgin Street west past O'Connor. The meals were planned with food allergies taken into consideration, so there were options being prepared by the chefs. I passed by as the table arrangements were being made. What you see in the background of the first few shots is the Parliamentary block that serves as offices for the Prime Minister. Because it's on the south side of Wellington, it is the only block of Parliament that is not actually part of Parliament Hill. 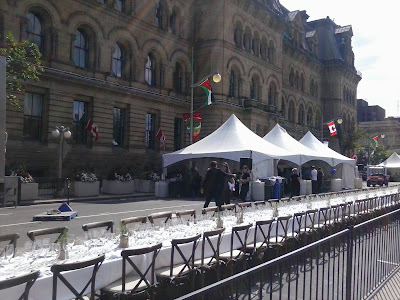 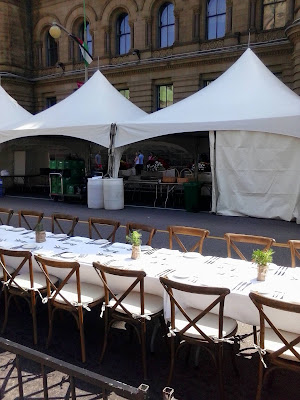 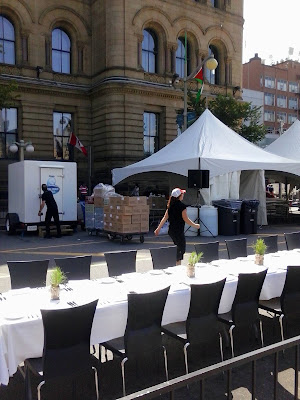 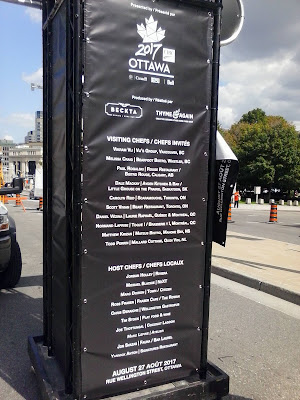 As I was passing by, I heard two people calling to this man by his name. This is Stephen Beckta himself; he was in the papers with his collaborators the following day, this time wearing a suit for the event. 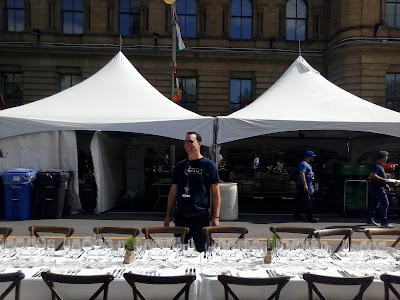 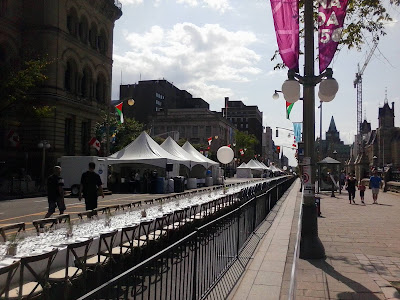 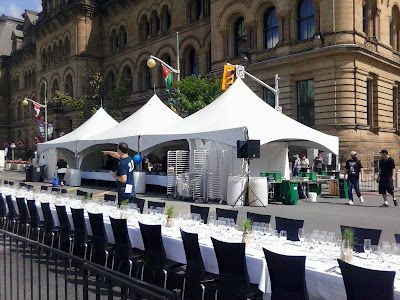 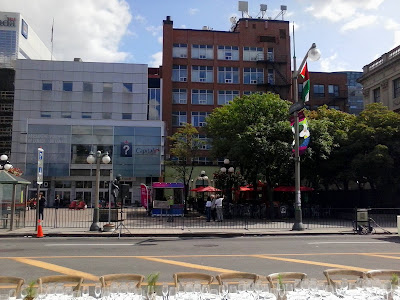 It seems I was noticed. 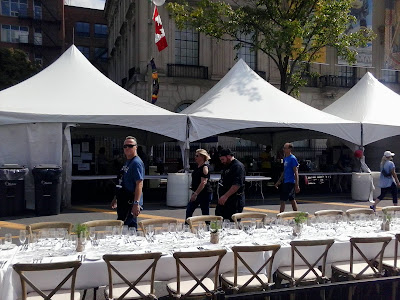 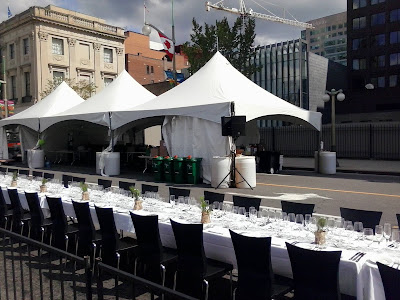 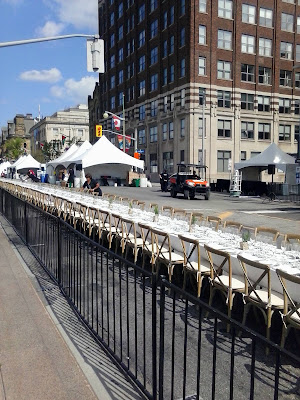 Here we have come to the west end of the very long table. The final view takes in the West and the Centre Blocks of Parliament in the background. This event was quite a success, and something well worth pulling off. 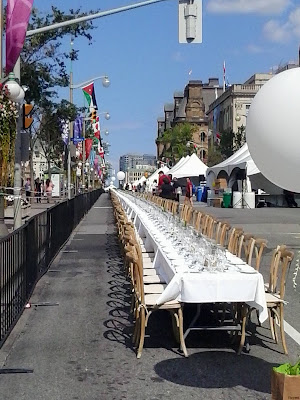 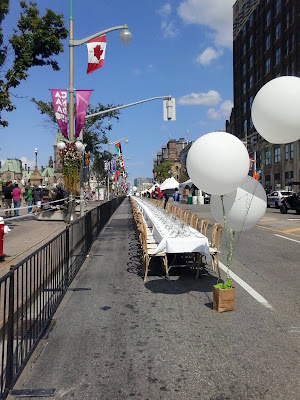 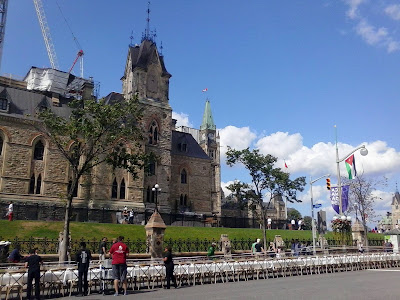