Answering The Call Of Duty

I wanted to get these shots in sooner rather than later, so I decided to have this and the next post here in my writer's blog. This past Sunday, a national service took place here in Ottawa at the Canadian Firefighters Memorial. This is the second year I have attended after last year, in which I met a fellow photoblogger, Stewart Hilts, who had come with his family to attend- his son William was one of the names added to the wall last year.

The second Sunday in September is a national day of remembrance in Canada for fallen firefighters- both those who have died while responding to fires and those who have died of workplace related illnesses. This year thirteen names were added to the memorial wall. The Memorial is set near the Canadian War Museum, and features three focal points: a six metre tall statue of a fire fighter and an 18 metre tall fire poll, made of recycled brass couplings from fire halls across the country. The third component is a granite wall engraved with the names of fire fighters who have died in the line of duty across the country since the earliest days of the job. When I arrived, two fire trucks, one from Ottawa and one from the nearby town of Perth, were parked here, with a large Canadian flag suspended from their ladders. 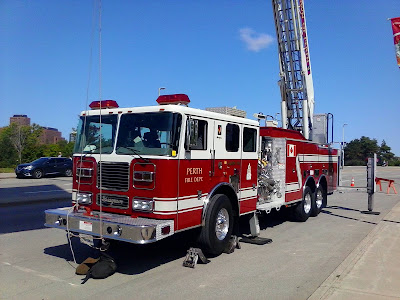 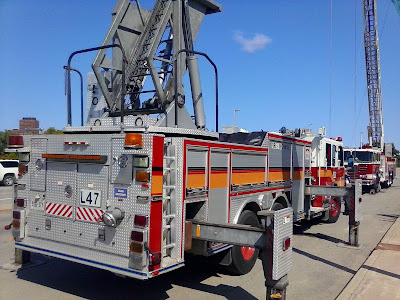 This is a view of the wall from the other side. The concept has two designers: artist Douglas Coupland and landscape architect Mary Tremain, incorporating flowers and maple trees from across the country.  As you can see, some of the leaves are turning. 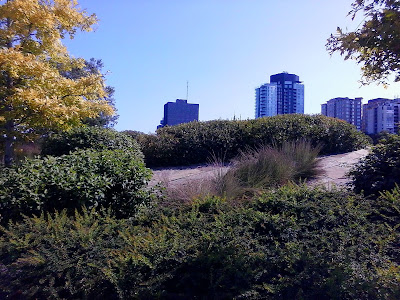 There were many fire fighters and their families in attendance this year, from all over the country. Thirteen names were added to the wall this year. 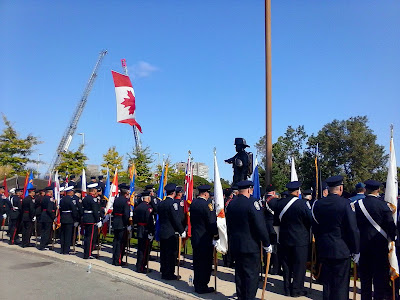 The service is overseen by fire fighters, with one of their own as master of ceremonies, with remarks in English and French, as well as prayers. It also features an honorary host- this year the acting fire chief in Halifax, as this year marks the centennial of the Halifax Explosion. The Minister of Public Safety participates with remarks, and the names of new fallen fire fighters are read out during the service as their families receive helmets. 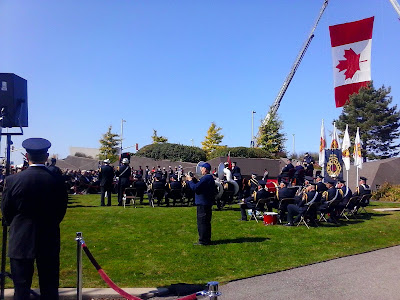 As the ceremony starts to draw to a close, a bagpipe rendition of Amazing Grace is featured. 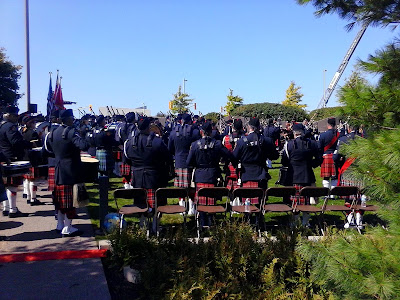 And then a march past of the fire fighters en masse begins, around the parkland here and past the wall. Afterwards things are a bit less formal, as I'll show you in my post on Monday. 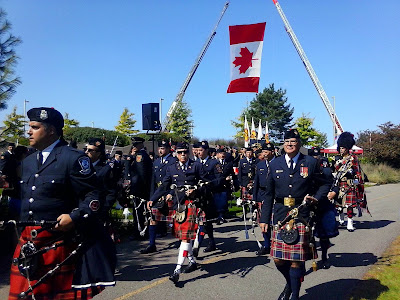 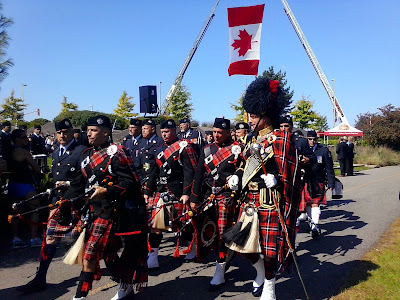 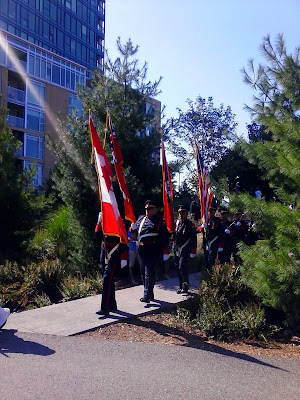 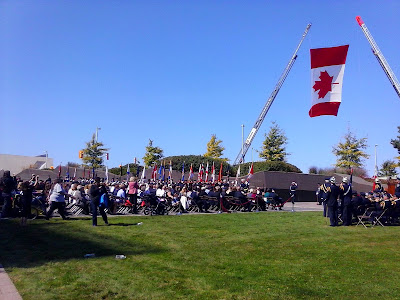 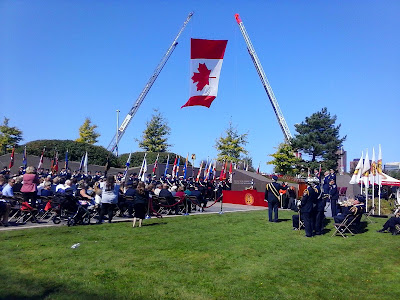 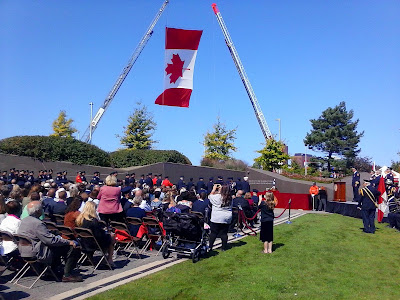 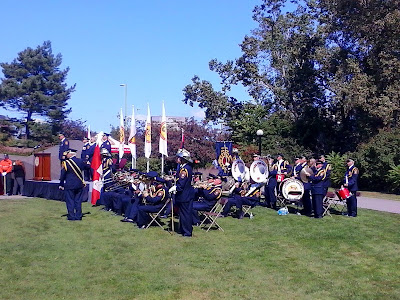 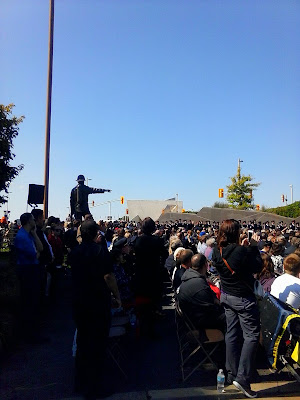