A Weekend For The Army Run

As I wanted to get this posted sooner instead of later, I have another photo post today. The Army Run had its tenth edition this past weekend in Ottawa. Thousands of active and retired servicemen and women in the Canadian Forces, along with their family members, participate in three main runs on the Sunday- a 5K, 10K, and half marathon, or a combination of two of the three. The route runs past some of the landmarks of the city, and in the case of the half marathon, across the Ottawa River into Gatineau. Much of the weekend's activities are based around City Hall and Confederation Park across the road, which are just a few blocks away from Parliament Hill. The run benefits two charities- Soldier On and Support Our Troops, organizations that work closely with the military and retired veterans, with an emphasis on assisting the ill and injured.

On Saturday evening, I stopped by at City Hall, where this water feature provides the foreground. A large torch is lit up behind it; this has been here throughout the anniversary year for the country. 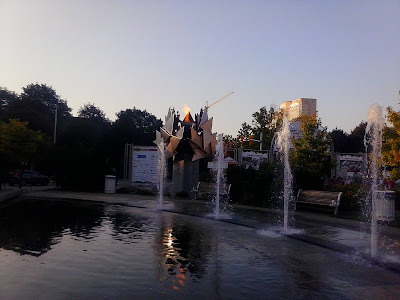 This was the main crossing point from City Hall to Confederation Park across the street. 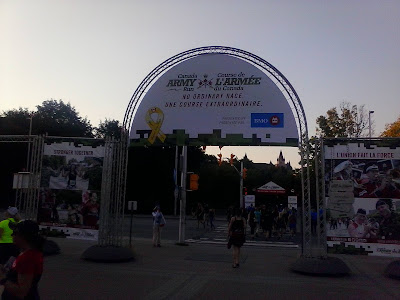 The weekend included military equipment on display, with servicemen and women on hand to answer questions. This is the M777 Howitzer, field artillery that can fire at a variety of ranges, especially when combined with GPS technology. 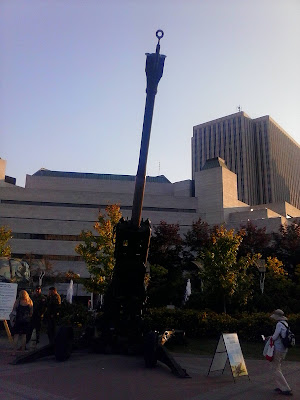 On Sunday morning I returned. This view south takes in some of the runners passing through the finish line, along the Rideau Canal. The Cartier Square drill hall is to the right, and City Hall is off to the right of that. At the time I was here, these would have been runners finishing the 10K run. 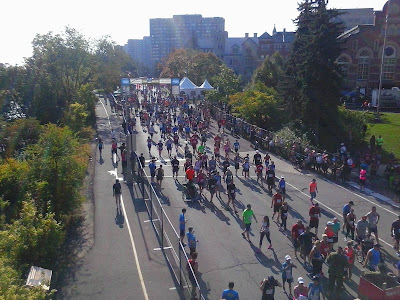 From the north side, this view takes in more of those runners, on the opposite side of the Canal, heading down the final stretch of their run. Their turn-around would have been at a bridge to the south. This view also takes in Parliament Hill off to the left. 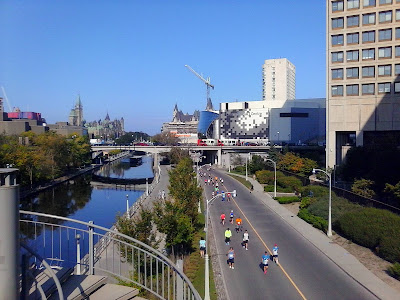 I headed down off the bridge and caught the finishers from the street level. Done with their run, they would walk from here into Confederation Park for rest and recovery. 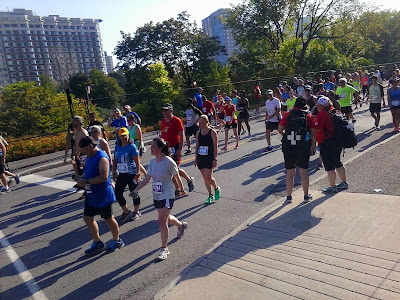 Then I returned to taking in some of the military equipment. This is the Tactical Armoured Patrol Vehicle (TAPV), a multipurpose transport for reconnaissance, security, command, and troop transport. 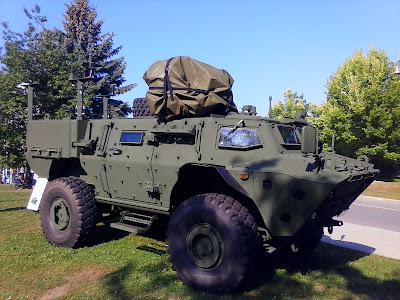 The Coyote is an armoured vehicle used for reconnaissance. 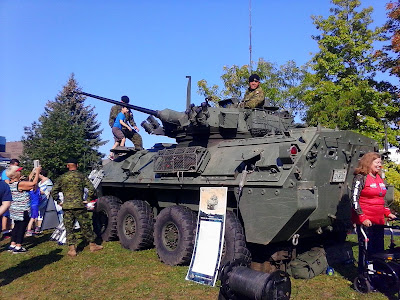 The Leopard is the primary battle tank of several NATO nations, including Canada. 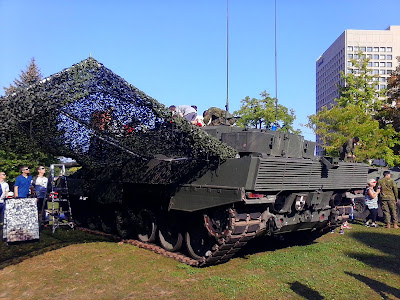 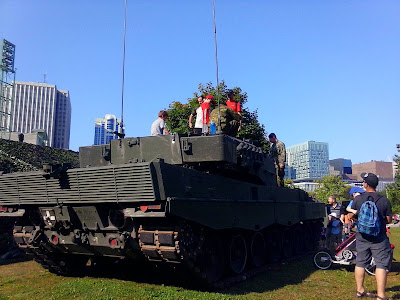 The Light Armoured Vehicle 6.0 (LAV 6.0) is an infantry vehicle valued for mobility and speed. 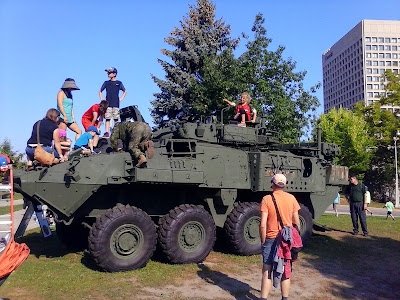 The Cougar is massive, and is one of a team of vehicles used in bomb disposal (the others being the Buffalo and the Hyena). The Cougar primarily is responsible for carrying Explosive Ordnance Disposal operators and their equipment. An example of which is the robot in the following shot. 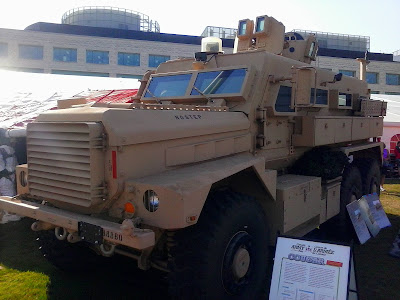 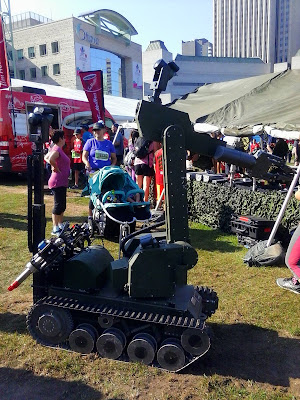 There were displays and equipment on bomb disposal, which included dive gear. A soldier on hand explained that specialists use these in the clearing of underwater hazards and securing beaches. 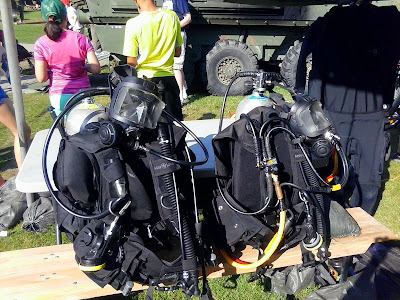 The Bison is another multipurpose armoured vehicle, serving in command, reconnaissance, electronic warfare, or transport capacities. In this case, it's used for medical transport. 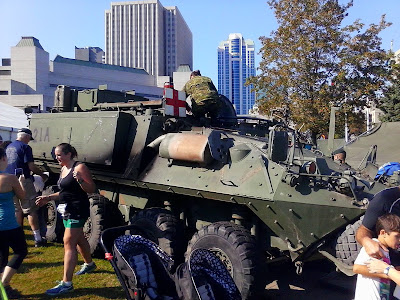 This big truck is a new one coming on line in the next few months to replace previous ones. The Medium Support Vehicle System (MSVS) truck will be used as part of a trio of similar trucks- Light and Heavy being its counterparts- in the logistics of moving military gear. 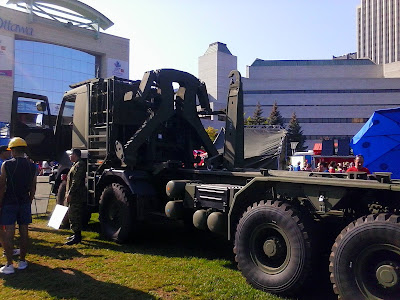 Throughout the weekend, there were musicians on stage performing; this group had something of a Newfoundland sound going on. The crowd was kept at a bit of a distance, for a good reason- the following set of bagpipers would be making use of the foreground. A video screen to the left broadcast footage from the finish line. 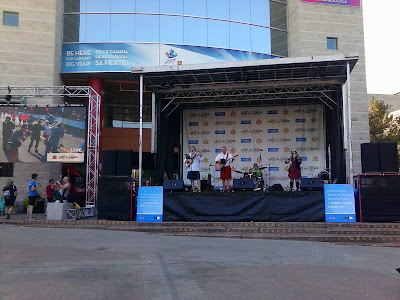