If you haven't read my Saturday post, go on back and have a look at it, as it is the first part of these two posts. These shots were taken a week ago yesterday at the Canadian Firefighters Memorial here in Ottawa during the national service of remembrance for the fallen. After the service, many of the fire fighters stayed around, viewing the names on the wall, chatting with others, and posing for pictures. Such was the case with this group of bikers, all of whom had fire department insignia on their leather jackets. 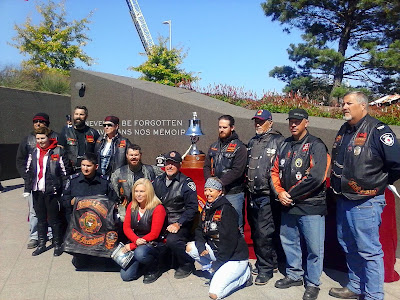 The bell and helmet below were part of the service- the ringing of the bell, done in a solemn way, marks the fact that a fire fighter has fallen. 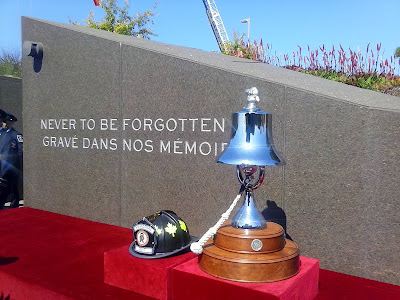 The wall itself is huge. The names of over 1300 Canadian fire fighters are inscribed on it by province and territory. The new names are inscribed in the weeks leading up to the service, generally on the outside edges of each section of names. The Memorial was formally dedicated in 2012, and its location is fitting- the Great Ottawa-Hull Fire of 1900 was stopped from spreading to the downtown core close to this spot. As well, a local fire captain, John Lowry, died in the line of duty near here in 1896. 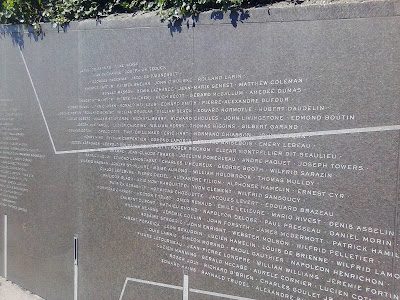 I mentioned in the previous post about William Hilts, whose name was added for last year's ceremony. William was a forest fire fighter pilot who died fighting a forest fire in the Cold Lake, Alberta area in 2015. His name can be found below to the left, near the bottom. Last year's ceremony marked the first occasion I ever met a fellow photoblogger, as his father Stewart attended with the family; Stewart blogs under the name Furry Gnome from the Bruce Peninsula here in Ontario. 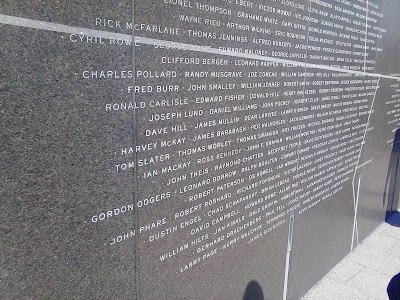 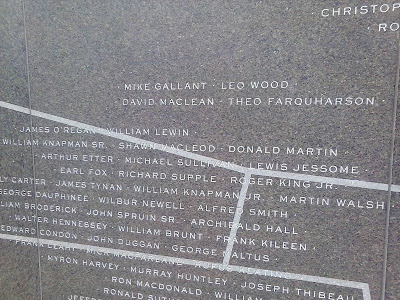 Elsewhere on the wall, a plaque contains what is called the Firefighters Prayer. 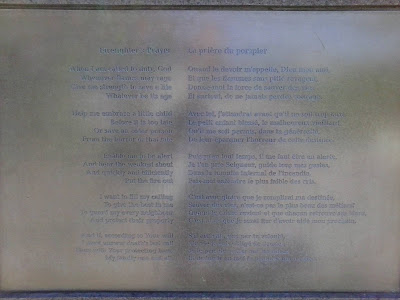 The statue of the firefighter points from his position towards the wall, and was one of the draws that day for those present. 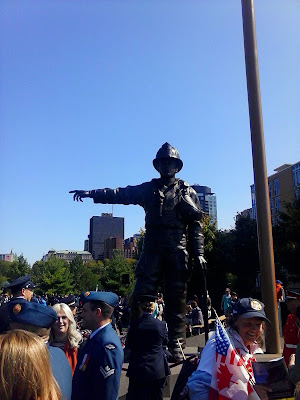 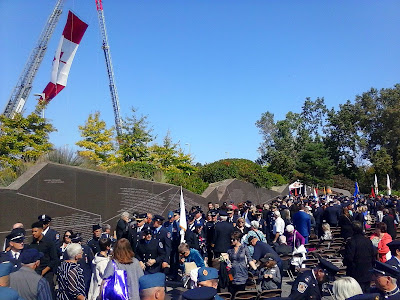 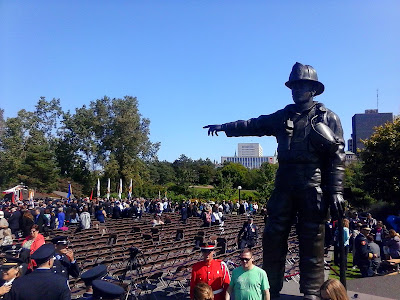 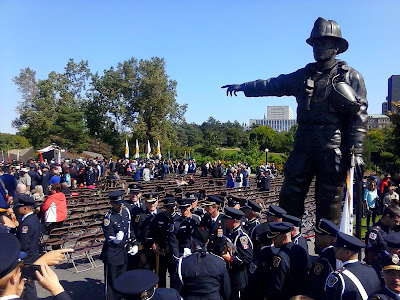 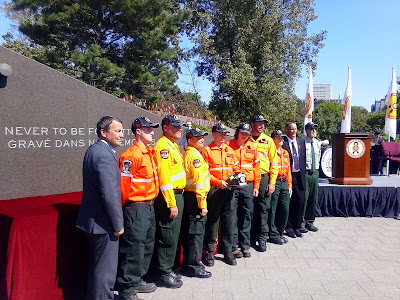 Leaving that day, I came across a number of fire fighters from different departments taking part in lowering the flag. 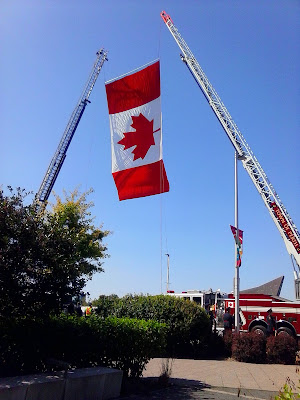 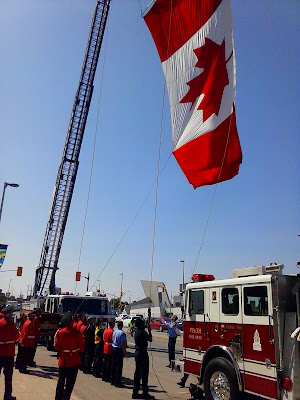 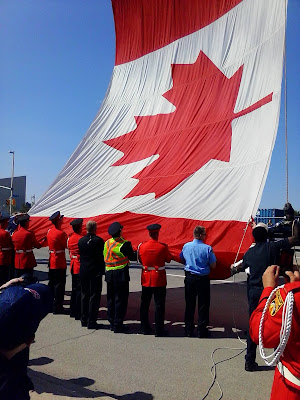