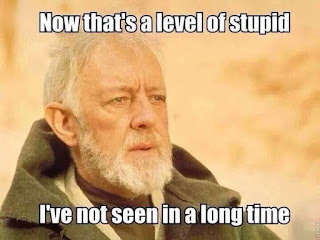 Or one could call this Canadians Behaving Badly.

Two incidents made the news here in recent days, both involving bad behaviour. One incident spread the blame among a bunch of nitwits. The other? Well, it’s more or less a criminal act that might also be the act of someone who isn’t quite playing with a full deck of cards. Both involve being in a retail setting, and both ended up making me shake my head with dismay. 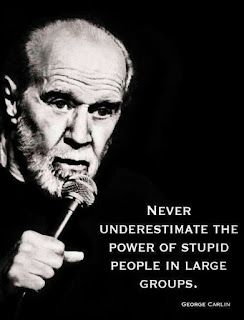 The first of these took place in a parking lot of a Costco in the city of Mississauga, which lies to the west of Toronto in the region of Peel. That’s a city I know reasonably well- I grew up to the west of there out in the countryside. It seems a small group of shoppers, all of whom were eager to park in pretty much the same spot close to the entrance, went from yelling at each other to brawling with each other. Grown adults, men and women, slugging each other and scrapping like they were all drunk and pissed off. Hell, maybe they were drunk. 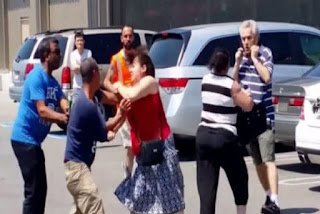 One wonders what occupies the mind of such a cranky sourpants obsessed about getting the best nearby parking space for a Costco. It’s not as if giant big box stores like this are really worth getting into in the first place- one of my versions of Hell would be a giant big box store where you’re doomed to wander forever. But when you’re visiting such a place, perhaps for 300 boxes of cereal, or whatever the hell kind of bulk product you’re interested in (full disclosure: I’ve never been in a Costco), parking near the entrance is a really dumb idea. 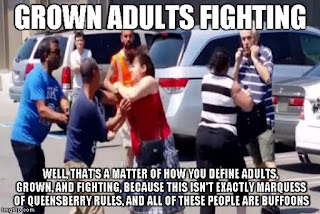 Not that the sort of people who get into fights over a parking spot would realize it’s a really dumb idea.

No, if you’re parking near the entrance, you’re subjecting your car to the very strong possibility that it’s going to get dinged by shopping carts from some half-witted knuckle dragger unloading his dozens of bags of salt and vinegar chips. It’s better to park further away from the building where there’s actual spaces and less stray shopping carts. Not that this would occur to morons dumb enough to pick fights with other morons in a parking lot. 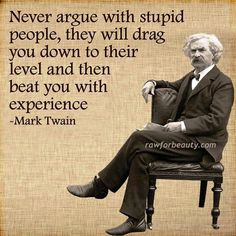 And it’s not as if parking close to the entrance is really going to save them that much walking time. I mean, big box stores by their very nature are inherently places where you’re going to be walking. And walking. And walking some more. Did I mention the walking? They’re big enough that you need maps to get around the cavernous spaces for whatever you came in for in the first place. So you’re going to be getting your exercise... unless of course you’re driving one of those golf carts and beeping at people to get out of your way. 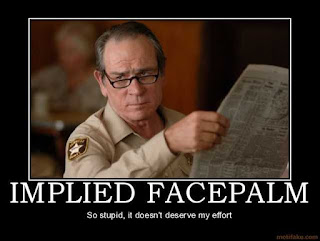 So here we have it- a bunch of suburban halfwits, slugging it out and getting caught on video and uploaded to Youtube, acting like six year old brats screaming and throwing tantrums because they’re not getting their own way or being told they have to finish every scrap of those beets, because there are children starving in Africa. These are supposed to be adults? Were they not paying attention when they were growing up? Of course not. And given that they’re doing this sort of thing, it’s too late at this point in their lives to change. They're stuck in permanent stupid asshole mode. 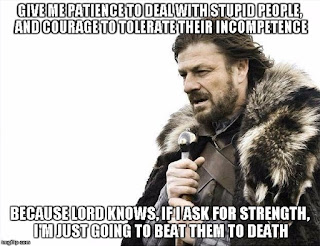 The other incident happened in the town nearest to where I grew up. Georgetown’s a town in the northern reaches of Halton Region, which lies west of Peel. This incident brought in the police and made the newspapers because of the amount of violence and the rage involved. Only instead of a group of halfwits all having a mutual stupid moment, this involved someone who may or may not be playing with a full deck of cards. It’s a pretty reasonable suggestion given the circumstances.

The setting? A Wal-Mart, of course. The store is one of the anchors in the lone mall in town (at least I assume it’s still the only mall in town). A Wal-Mart would be a typical sort of place for such a meltdown, if you think about it. Wal-Martians are a peculiar lot of people, after all. 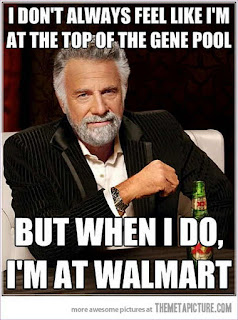 A thirty nine year old woman, named in the papers, was arrested after attacking a child- knocking out a tooth in a six year old girl. Yes, you read that right, attacking a girl.

According to the reports, it was totally unprovoked. She then proceeded to carry on dashing through the store, attacking four other people before being arrested and hauled out by the police. A comment on social media came from a witness, who said it took several officers to escort her out, and she was yelling the whole time. 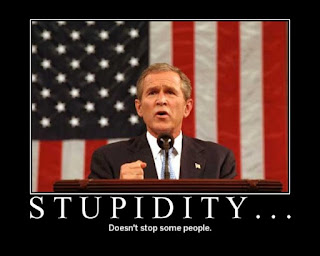 That’s not the act of someone who’s got it all together, mentally speaking. Whether or not this woman is mentally ill will have to be determined.

This is the sort of thing that inspires a whole lot of chatter on social media. Some parents would be inclined to say that if she’d done that to their child, there wouldn’t be enough of that person left to bury. Others, more wisely, note that their instincts would be the protection and comfort of their child rather than running after the lunatic who’d already done what she did. Many were foaming at the mouth about the concept of someone who’s mentally ill and thus not criminally responsible getting off on charges- even though at that point formal charges weren’t part of the picture. 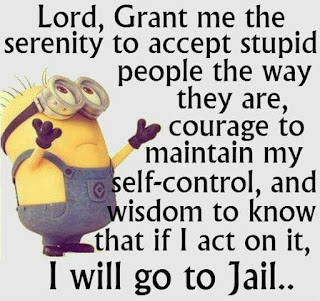 There was one comment in the mix that particularly bothered me. A troll by the name of Lorne, supposedly a veterinarian, came up with this comment:

No one has had the courage to state that if the child or children in question were running around the store misbehaving as most of today's parents are inclined to allow, then perhaps it's the parents of said children who should have their teeth knocked out and then be banned from the premises. Why is it we have come to believe that rude uncontrolled behaviour is acceptable just because it's a child ??? Grow up. Train and discipline your children. 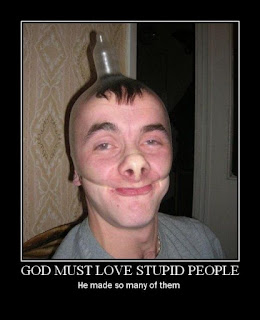 As you can imagine, no one was impressed by the troll. One person suggested by that logic, if he didn’t like how someone was behaving, that gave him the right to just beat the crap out of them, no matter if it was a child, disabled person, or elderly person- any degree of irritation was sufficient cause. These comments I agreed with.

Only an intellectually below-average, uncivilized person would genuinely think that a child running around a store makes it okay to grab them and throw them to the ground. That doesn't teach children to behave, especially if they don't know why they're being attacked. It only teaches them that psychopaths exist in society.

She violently attacked 5 people for no reason, including a 6 year old girl. Or are we to assume that all 5 people were acting up? Besides, there is never a reason to grab a 6 year old by the hair and throw them to the ground. And to your second point, if she had done this anywhere else in the world, there is a good chance she might have been beaten to death by an angry mob before the police showed up. 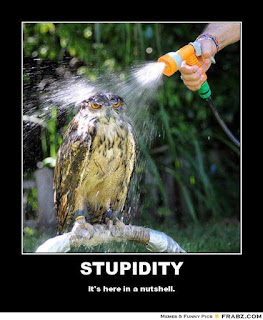 For my own part, I had this to say:

Wow, Lorne. I mean, just wow. I know I don't particularly care for children, but when I see kids misbehaving and throwing tantrums, my reaction is to just walk away, not say something like the parents should have their teeth kicked out and banned from the store. You, pal, really are an asshole.

I find myself wondering if colleagues at Lorne’s veterinarian practice, whoever that might be, understand what sort of person he is. I know I certainly wouldn’t want to work with such a complete asshole. 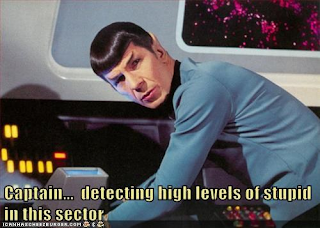 As to the suspect herself? Well, time will have to tell if she’s mentally unbalanced, was just having a horrible day, or is in fact by nature a thoroughly unpleasant person but yet of sound mind and capable of standing trial.  It’s a different matter with the Costco parking lot brawlers, who should know better, but clearly were raised to be petulant morons with no consideration for others.

I can just see it now. The same kind of tacky tabloid producers who brought the world the Bumfight videos (yes, those are real) coming up with a new home video idea.

Posted by William Kendall at 8:37 AM