A Fear Of Flying Might Be A Bad Thing 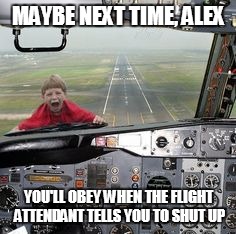 Los Angeles (AP) American Airlines has been left with proverbial egg on their faces this week- not for pilot error, mechanical problems, or running horribly behind schedule, but for in flight entertainment on a flight between Los Angeles and Sydney, Australia. A flight on Friday travelled across the Pacific in a flight lasting over eighteen hours- a long haul by most standards, but typical for such a journey. Problems for this flight revolved around the choices made for in flight movies. 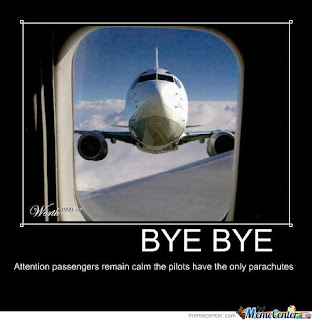 “Usually we have different choices for in flight movies,” Jessica Montgomery, a spokesperson for the airline told reporters. “You know, light fluffy romantic comedies. That’s about the only thing Kate Hudson does, and we keep her in heavy rotation on our flights. We’re still investigating who might have been responsible for the selection on this flight, but rest assured, movies featuring plane crashes and turbulent mid-air disasters are not standard entertainment on our flights.”

However it came about, AA Flight 70’s movie selection were all films that in one way or another featured plane crashes, tense suspension on board flights, or some variation meant to unnerve passengers who might not like to fly. Alive, Die Hard 2: Die Harder, Flight, Con Air, Air Force One, Escape From New York, Flight Of The Phoenix, Snakes On A Plane, and Cast Away were the flight’s list of movies. On a normal flight, this might be problematic enough, but Flight 70 had on board a group of passengers who were graduating from a series of classes meant to calm their fear of flying. Callie Hart, the facilitator of the group, was still fuming three days after the flight. “Months of work, down the drain. I had twenty people who for years had experienced crippling fear at the idea of even getting off the ground and being up in a plane for hours on end. Every single one of them wanted to conquer that fear, so they joined my class. We’d meet weekly, do a whole series of mental exercises to get them past their fears, even started getting them onto short flights in Cessnas as a way to work through the phobia. All of them did well through classes and exercises and talking through the fear, all of them were feeling good and had made good progress. The trip to Australia was supposed to be their way of showing that fear would never control them again.” 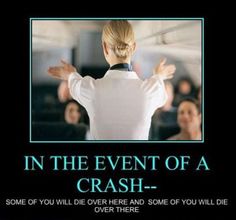 Instead, the fear of the aviophobic passengers came roaring back. Not only in terms of the movie choices featuring the worst possible material for people striving to put their fears behind them, but a peculiar glitch in the aircraft meant that the screens at each seat couldn’t be turned off. A flight attendant, speaking anonymously, sighed and mentioned the plotline behind Alive. “Imagine being in a plane, watching Flight 571 crashing in the Andes, and then watching Ethan Hawke eating the dead, and not being able to turn the monitors off. Even the passengers who didn’t have a problem with flying were queasy. Our class of phobic passengers were throwing up. I feel sorry for the maintenance crews who had to clean things up after we got to Sydney.” 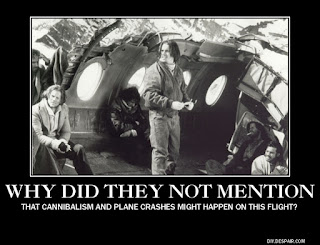 “It was like taking a bunch of people who have a fear of heights, and making them watch Cliffhanger, Everest, or The Walk,” passenger Geoffrey Birch, who was not one of the group of phobia sufferers. “By the end of the flight, some of those people were outright catatonic. I saw one of them vowing that she would be applying for permanent residency in Australia, saying as long as she lives, she never steps off terra firma again.” 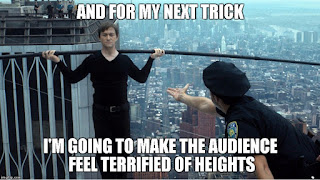 “Oops,” Montgomery told reporters after a couple of drinks at one of the bars at LaGuardia’s terminal. “Look, these things sometimes happen in international air travel. In flight entertainment have glitches, fear of flying groups choose the wrong flight entirely to cure themselves of their anxieties, and people end up throwing up all over the flight attendants. Which is sort of why I got out of the flight attendant job and became a spokesperson instead. That, and I hate the public, but everyone in the aviation industry hates the public. Wait... did I say that out loud?” 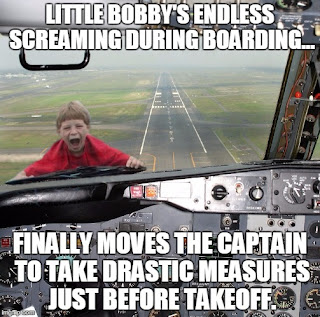 Director Michael Bay, busy in pre-production for a multitude of films, heard about the story and left a peculiar message on his Facebook page. “Wow! You know, this gives me an idea or two. About a heroic cop who doesn’t like flying and who ends up having to fly across the country to stop a terrorist bomber named Hans and reunite with his ex-wife. What do you think of the title Die Easy?” 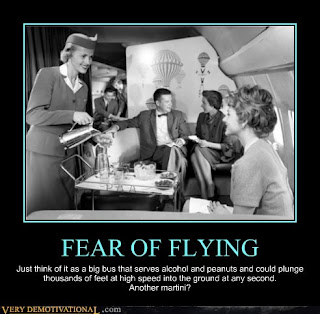 The last word belongs to someone who quite literally doesn’t know when to shut up. Donald Trump, the recently confirmed (barring any tricks happening at the convention) Republican candidate for President, has continued to run his mouth off about anything and everything in recent days, using favoured media and stump speeches to spew his usual brand of Trump verbal excrement. Campaign staffers informed him of the incident, and he took to the matter in one of his speeches before a couple of thousand loyal (and stupid) Trumpites. 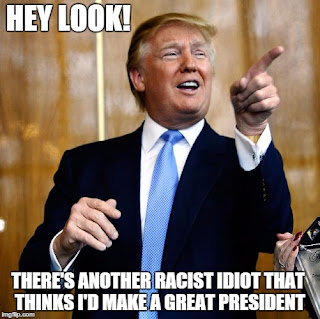 “You know what, folks? This wouldn’t happen if Trump Airlines was still in business,” he boasted. “Believe me, we knew how to run things. I had the best people, the most amazing planes in the business with me, and well, long story short, Trump Airlines isn’t around anymore, but that’s not my fault! No! You know whose fault it is? Hillary Clinton. I’ll tell you, it’s disgusting what that woman personally did to my company. Not as disgusting as what she does in the bathroom, let me tell you.” 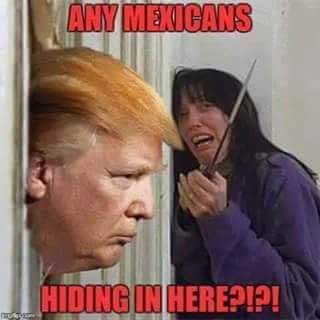 Trump sneered before carrying on. “And let me tell you something else. So what if some sissy pants scared of flying liberals had a meltdown? Because I can promise, without knowing one thing about every single one of them, that they’re all left wing godless commie Muslim fascist black cowardly liberal Mexicans. They can’t handle gettin’ in a plane, they should just dig a hole and bury their heads in it. Just like I’m gonna bury the Democrats and Crooked Hillary in November. I’ll tell you, folks, when I’m done, you won’t recognize what’s left of this country.... hold on, did I say that out loud?” 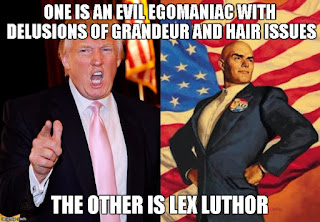 Posted by William Kendall at 9:30 AM