Requiem For A Narcissistic Twit

Links to see to before we get started. Have a look over at Norma's blog, where she posted about going to the movies for a good cause. And since I'm a cat person, three blogs for you to peruse. First off, give a happy birthday hello to Miss Lucy. And take a look at this collection of the usual suspects at Barbara's blog. Finally, on a sadder note, a blogger I follow has lost a beloved senior cat, Mr Ed.

Today I'm playing around with another funeral eulogy, something that draws itself out of this post. Having had disposed of the infernal nitwit Kanye West in a manner he has coming, why not write his funeral eulogy? But who to give the eulogy? Well, that one finally came to me. Somehow Charlie Sheen seemed entirely appropriate... 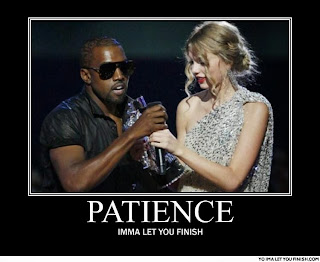 Anyway, Reverend Henderson is looking really annoyed with me, so without further ado, let's get this whole eulogy thing underway. How do we bid goodbye to Kanye? Do we talk about his music? Or do we talk about his ego? Because Kanye liked to elevate himself above the little people. Maybe that's part of being famous. Maybe we're all condemned to go crazy at one point or another because we're famous. I know I did, with my tiger blood and my winning attitude. So I lost my mind. It happens. It's been a fun trip though, snorting coke off a hooker's thigh one night, downing shots of tequila five minutes later with a pack of cheerleaders from UCLA... 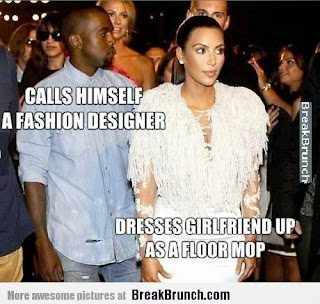 Where was I? Oh, right, talking about Kanye. You know, this was a guy who loved life, and loved his place in life. He'd talk your head off about himself. It was his favourite subject. When Kanye wasn't talking about Kanye, he expected whoever he was speaking with to fall all over themselves in adoring him. Maybe some people found that annoying. Maybe people think that what happened is what he had coming to him. You know, that's petty. I mean, no one deserves to get smashed into a pulpy mess by a meteor from outer space while he's standing out in the street.

Oh, sorry, Kim, I know it must upset you to think of the way he died. At least feel comforted by the fact that it happened too fast for him to really feel pain. It was over quickly for him. At least that's what the doctors think. Maybe he felt a horrendous amount of pain for a brief microsecond as that space rock pancaked him into the pavement.

Is that a bad visual? Well, you know, given the way he died, we can't avoid thinking of it and going into detail. It's not as if there was much left of Kanye to put in his coffin, as gold and platinum plated as it is. They had to scoop up what was left of him with spatulas and dust busters. But enough of the particulars of his death. Let's talk about his life. 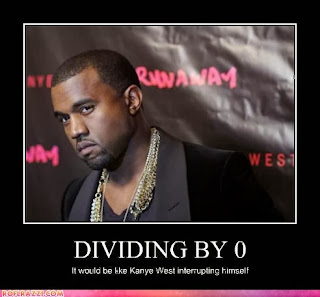 Kanye and I both knew how to party. We knew all the best clubs where you could find the best booze, the best drugs, and the best women eager to get in your pants. Which explains why there are so many little Kanyes scattered all over the place. There might be more little Charlies around too, but that's a bit of a haze to me, too many nights of getting lucky while under the influence of something smashing. I can't remember if I've used protection or not. Come to think of it, it's probably a good idea if I get myself tested for STDs

Where was I? Oh, yes, talking about Kanye. You know, this was a guy with an attitude. He showed it when he said George Bush hates black people. And he showed it again when he upstaged Taylor Swift. And he showed it anytime he lost an award he was nominated for. You know what? I get that. When you think of yourself as God walking the earth, it does bother you when the little people don't fall over themselves to worship you.

Well, Kanye is gone now. There'll never be another one like him. All we can do as a society is raise up a statue in his memory. He'd appreciate that. A statue befitting his ego. It'd have to be a couple thousand feet high. Aside from that, we can nurture his little daughter North West... you know, that's a really stupid name... Kim, why didn't you just name the baby Charlotte? We could have called her Charlie for short. Anyway, that's beside the point. We can nurture North West and feed her ego, and twenty years from now she'll be just as self absorbed as her daddy was.

I see Reverend Henderson is trying to get me to shut up. Don't worry, Rev, I'm almost done. Kim, look, I know you're distraught right now with the way he bought the farm... but you've got the whole Kardashian family behind you. So what's the worst that can possibly happen? And you've got John Mayer there right beside you... is it too early to date someone on your fiance's funeral day? Listen, by the way, if things don't work out with John... and seriously, I doubt it will, because Mayer's a player. Oh, don't look at me like that, John, you know it's true. When it all goes south on you, why don't you and I get together? Charlie Sheen and Kim Kardashian would be a relationship for the ages. 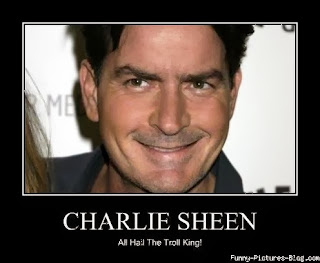 Posted by William Kendall at 7:37 AM