The Royal Anklebiter And The Yorkshire Terrier Of The Baskervilles

Before I get into today's usual brand of nonsense, have a peek over at Norma's blog, where she took a page out of my book with A Day In The Life Of A Soap Opera Actress. And check out our joint blog, where we have a Without A Word blog on exhibitionism. And check out our Authors For Oklahoma Update blog. We've extended things by a week, and we're looking for people to donate to the Red Cross to participate in the raffle draw of book bundles. It's a good cause, so get to it! 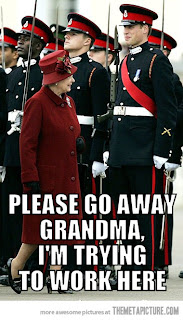 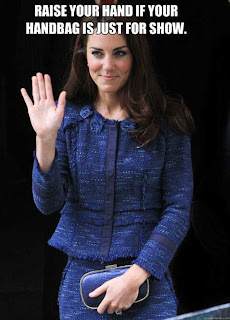 London (Reuters) As the world waits for the impending birth of the child of the Duke and Duchess of Cambridge, a growing throng of reporters and the public are gathering in the area around St. Mary’s Hospital. There is much speculation as to the name, gender, and looks of the child of William and Kate, who will one day inherit the throne as monarch of Great Britain and the Commonwealth. And there are endless amounts of sideshows in the streets of London, from tourist vendors offering up souvenirs to commentary from anyone and everyone with an opinion on the matter. Bookkeepers are taking bets on all sorts of options, especially the name. George, Charles, Arthur, William, or Philip lead the list for boy’s names. Elizabeth, Diana, Victoria, Charlotte, and Alexandra rate as tops among girl’s names. Meanwhile, on the opposite end of the spectrum, unlikely names include Albus Severus, Damian, Delilah, Aslan, Beyonce, Lady Gaga, Britney, Ashton, Katniss, Moon Unit, Saddam, and Apple.

Celebrities are weighing in on the name of the impending royal heir. Gordon Ramsay, the foul mouthed famous chef, was reached for comment. “You know, I ****ing think the little **** could be named Gordon if it’s a boy. Or Gordona if it’s a girl. Hell, let’s just have Queen Liz enact a law handing the ****ing monarchy over to me, and I’ll be His Royal ****ing Majesty King Gordon ****ing Ramsay.” 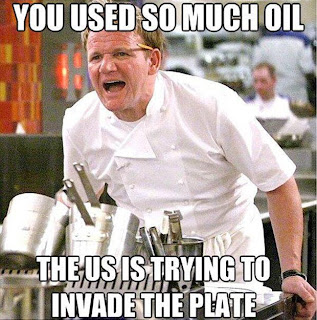 The media of the world continues to hold position, eager for the first news or a glimpse of the Royal baby before the official announcement is made. They’re being kept out of the hospital, behind lines, and watched carefully by the police as they swelter in an unusually warm English summer. As reporters jockey among themselves for the best position and speculate as to when the Royal Infant (trademark pending) will actually arrive, there is much talk in the ranks about the look-alikes who had everyone fooled, and a growing impatience. Among some of the more reckless reporters, there is an urge to find a way into the hospital and take pictures of the Duchess giving birth. The rumor that Rupert Murdoch is offering five million pounds to the photographer who captures that image has not been confirmed.

Comedian and brain damaged drunkard Russell Brand came by this morning, stumbling as he joined the crowd of reporters, a suitcase close at hand. “You know, I’ve got this great idea for a television special, if Will and Kate are willing to indulge,” he told the reporters, opening the suitcase, taking out three baby dolls. “See, what we do is have me juggling three babies that look just alike. One of them will be the Royal Rugrat.” At this point he started juggling the dolls. “Two of them are not. And when I’m done, Will and Katie have to figure out which one’s theirs. In a very real and legally binding ma… ooops!” The baby dolls plunged through the air, hitting the pavement. Brand looked at the gathered journalists, who were looking at him in a wary manner. “Obviously that won’t happen during the real show.” 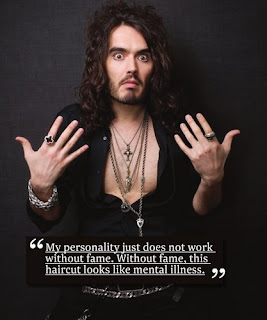 Brand seemed to be looking past the reporters now, his gaze strangely focused. For those familiar with Brand, focused is not a quality one tends to associate with him. He pointed beyond the press, and called out, “Hey! You! I know you!”

The reporters turned, watching a man passing by. It was a policeman from overseas, in a working uniform, a man familiar to many of us. The legendary Mountie, Inspector Lars Ulrich of the RCMP, had been rumoured to be in England for the last two weeks, assisting in what’s being called the Yorkshire Terrier Of The Baskervilles case. Scotland Yard has said in recent days that Ulrich was pivotal in ending the yapping threat of the fearsome Yorkie while uncovering the true mastermind in a criminal case that harkens back to Sherlock Holmes and casts a sad history on the real Baskerville family, which lost the most recent Earl, Sir Ringo Baskerville, after his mysterious death. Police have yet to offer details on the case. 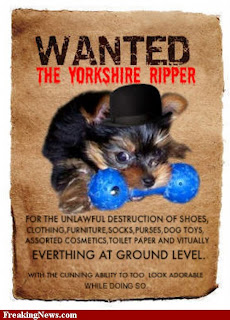 Ulrich turned, saw the press… and rolled his eyes, as if faced with something profoundly unpleasant. For those of us who know his disdain for reporters, this is entirely understandable. Brand charged through the crowd, shaking the hand of the Inspector, smiling like a gleeful idiot. “Great to meet you!” he proclaimed. “I’m a big fan, really. Huge fan, Lars, and it’s a pleasure to say hello,” Brand told the Inspector, clasping an arm around his shoulder.

Ulrich seemed to be looking for the nearest way out. Entertainment reporters on the scene converged on the pair. Real reporters looked on; a patented Lars Ulrich beating of an entertainment reporter is always a good deal of fun, after all. “Lars! Lars!” one of them yelled. “Max Summers, Entertainment Tonight! One question, Lars! Are you and Russell Brand going to be working together? Will Metallica be doing the musical score for Russell’s next film?”

Ulrich glared at him, as if deciding the best way to start breaking every bone in his body. “Are you really that stupid?”

Summers looked confused; it’s a common reaction for entertainment reporters. “Well, what about the Royal Baby? Any comment? You think Lars would be a good name if it’s a boy? Maybe Metallica could record a heavy metal version of Brahms Lullabye.” 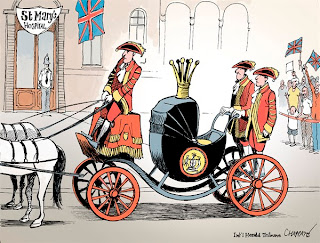 Ulrich started to step forward, as if to prepare to clobber the offending idiot… that is, the offending “reporter”, when Brand spoke up. “Now just a minute. This man isn’t that Lars Ulrich. This guy isn’t in Metallica, and you know, I can see that it really, really annoys him when you ask him questions that don’t matter to him. I mean, I know the other Lars Ulrich. I’ve gone on drinking binges with the whole band, and this Lars Ulrich isn’t that Lars Ulrich. Look, Lars, when I said I’m a fan, I mean it. I love the way you kick these entertainment reporters around… and that whole saving the day thing you do and solving the crime thing is just smashing. I heard about that whole Yorkshire Terrier of the Baskervilles thing, and I just want to suggest that we get together and hammer out a movie deal. Can you just see it? Me, playing you, in a movie based on that story? I’ll look great in red serge.” 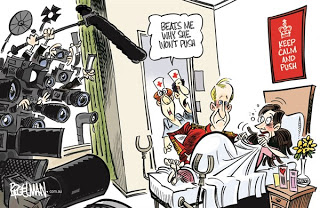 Ulrich glared at Brand. “Are you drunk?”

“No!” Brand replied. “I haven’t had a single drop of booze since ten this morning.”

“It is? I’m running behind on my drinking…” Brand shrugged. “So what do you say, Lars? Can I be a Mountie?”

Ulrich tensed up, as if to hit Brand. Summers interrupted. “Wait a minute, wait a minute… just for the record… you’re sure this guy isn’t with Metallica?”

Ulrich turned his glare on Summers. Then he hurled Brand at him, and started chasing them both. At last report, Ulrich had pursued both to Tower Bridge, tossing them into the Thames. Both men were pulled from the river by local dockworkers, soaked but unharmed. In the opinion of this reporter, that’s a real shame.

Palace sources informed us that the Queen was not amused by Brand’s antics. Don’t Use My Name was quoted as saying, “She wished she could still send him to the Tower of London for a side of things the tourists never see. For about twenty years.” 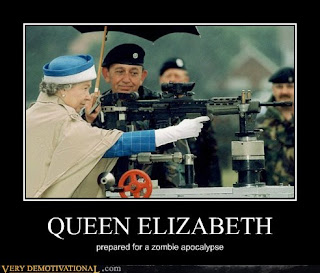 Posted by William Kendall at 3:19 PM