Maestro, It's Time To Kill The Wabbit

Business to see to first. Have a peek over at Norma's blog, where she's showing off some of Collin's memes. He's done these with regularity for her Facebook page, and she's showcasing some of his humour on her blog. And check out our joint blog, where we've set up a series of funny pics following up on that whole royal birth thing.

Now then, onto today's mischief... 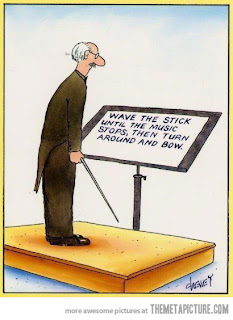 "Music is a higher revelation than all wisdom and philosophy." ~ Ludwig von Beethoven

"Never look at the trombones, it only encourages them." ~ Richard Wagner

"Classical music has been based on works people love and come back to for aural comfort." ~ Leila Josefowicz 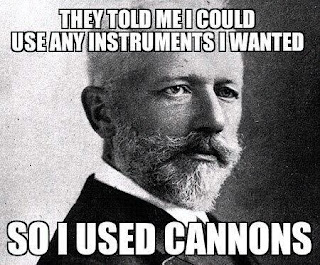 "I just can't listen to any more Wagner, you know. I'm starting to get the urge to conquer Poland." ~ Woody Allen

"The classical musical world is so snobbish." ~ Andre Rieu, conductor and tormentor of anyone with good taste

"Andre Rieu should be cast back into the seventh circle of hell from where he came." ~ William Kendall, miscreant and scoundrel 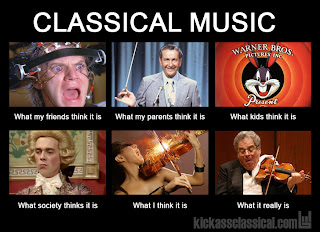 My paternal grandparents were not musically inclined. I think their musical appreciation was, to put it mildly, extremely limited. The story goes that my grandfather wondered what the purpose of a conductor was. "Anyone can go up there and wave a stick around for an hour," he'd say. So it was a bit ironic that my dad ended up playing four different musical instruments (unfortunately, not one of them was the bagpipes). Though like his parents, Dad has something of a limited range of musical appreciation. Aside from hymns, he likes march music, Strauss waltzes, and for some inexplicable reason, accordion music (accordions should be cast back into the seventh circle of hell along with Andre Rieu). And speaking of Rieu, Dad does like his concerts, though from my point of view, the Smiling Idiot makes a mockery of the music, has his audience acting like trained seals, and turns everything into a sideshow. He calls his orchestra the Johann Strauss Orchestra. The ghost of Strauss needs to sue him for slandering his name. 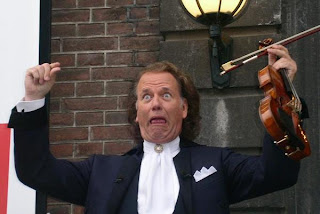 Mom, on the other hand, had a pretty well developed appreciation for music, mostly through exploring the world of classical music on her own. She could also appreciate other genres, of course, but classical music was what she loved. I think I picked up quite a bit of my own fondness of it from her over time. I like the sound of a fully developed orchestra, so the earlier works from the Baroque period don't particularly appeal to me. But the full blooded sound of Beethoven and onwards, now that's music.

Mom mentioned the conductor Seiji Ozawa from time to time. Born and raised in Japan, he's conducted orchestras all over the world. He came from a culture of emotional restraint, and over time he learned the value of emotional expressiveness. So you see a difference in him from footage early in his career to late in his career, a full range of expression in his face during a concert. It's one of those things I've been thinking about as of late... perhaps it's been the sheer amount of classical music I've been listening to while working... 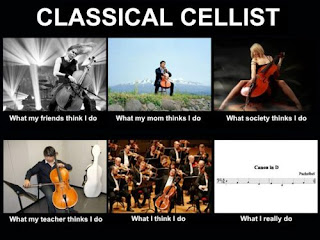 On Canada Day here in Ottawa, the National Arts Centre plays host to a concert each year, open freely to the public. It's a mix of classical, choral, and traditional Canadian music.  This year the concert was held in one of the other halls in the complex, and my seating was on the far right... close enough to the bass players to read their music notes. That is, if I were able to read sheet music.

The National Arts Centre Orchestra performs this annual concert along with massed choirs and a solo musician as of late. Last year it was the fiddler Natalie MacMaster. This year it was Sarah Slean. If you haven't heard of Sarah before, she has a sultry and playful voice, and a rich storyteller's talent in her writing. Her music also lends itself well to orchestral accompaniment, and she and the NACO played together.

The orchestra has more than one conductor. Pinchas Zuckerman is the primary conductor, one of the best in the world, and a renowned violinist in his own right. Since he started with the NACO, he has taken the musicians across the country and the world regularly, into classrooms, engaging youth, building up the talent base of young musicians. On Canada Day, the conductor of the day was a Canadian, Alain Trudel. I watched as he conducted the orchestra, the concentration on his face. One of the other works being played that evening was the final movement of Dvorak's New World Symphony. Again, my grandfather would have watched him conduct, and said, "Well, anyone can do that." Sorry, Grandfather, but that's work.

I can listen to many different kinds of music and find something to appreciate in most of it (with the exception of hip-hop, rap, and metal). It's still my mother's influence that gets me to love the sound of classical music though. So I can watch something like Beethoven's Ninth Symphony, and say that it's the closest to perfection any human being has ever gotten to.


It's been said that if you can listen to Rossini's William Tell Overture without thinking of the Lone Ranger, then you can count yourself as an actual classical fan, as opposed to someone who saw way too many westerns as a kid. Since that show was before my time, I don't particularly associate the two together. Incidentally, that music does turn up in Hans Zimmer's score for the movie remake. Go figure.

Benefits of a misspent youth, I know.

So what about you? Do you listen to classical music? Or is it fingernails on a blackboard to you (heathen!! Heathen, I say!)? 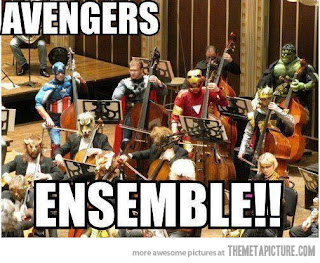 Posted by William Kendall at 6:21 PM