Last Confessions Of A Drunken Hobbit

Quite peculiar... it seems this is my five hundredth published post. I believe that's a milestone. Five hundred posts of mayhem, chaos, and tomfoolery....

And how better to mark it than to review a film based on a character I despise? 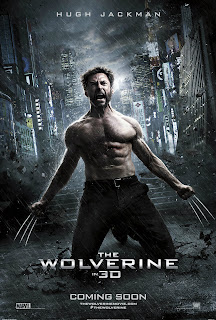 “What they did to me, what I am, can’t be undone.”
Full disclosure: for the record, I am most certainly not a fan of the mutant Wolverine. Hugh Jackman’s take on the character is the only version that I can tolerate. The comics version is a short, squat, foul mannered booze hound who I derisively refer to as the Drunken Hobbit. For some inexplicable reason, Marvel feels compelled to have him turn up everywhere. If he’s not on a team already, he’ll be guest starring in a book inevitably. It’s quite annoying when you think of the character as fingernails on a blackboard. In the movie universe, however, Jackman has been playing him now for some thirteen years, and makes him compelling. Had producers originally cast the character along more close to physical realities of the comic, they would have had to have cast Danny DeVito as Logan. Instead we got ourselves a handsome Australian passing himself off as a Canadian who the audiences thought was an American.
This is the second solo outing for Jackman in the role, after the prequel X-Men Origins Wolverine. Director James Mangold replaced Darren Aronofsky, who was long rumoured to helm the film. It’s an improvement on the last film, which did of course get rather convoluted at times in retelling the origin of the Drunken Hobbit. The screenplay is drawn from an early 80s graphic novel by Chris Claremont, one of the giants in comics writing, whose history with the X-Men is considered a definitive creative run.
We find Logan alone in the wilderness, haunted and isolated. It’s been awhile since the events of X-Men: The Last Stand (a film we might all like to see retconned out of existence) and he’s haunted by dreams of the woman he loved, Jean Grey (Famke Janssen), who went all end of the world Phoenixy and died at his hands… well, at his claws. Logan has withdrawn from the world, broken by his grief, but the world seeks him out. 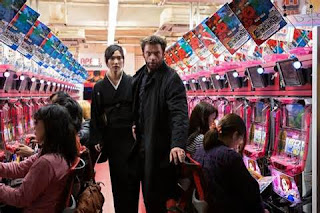 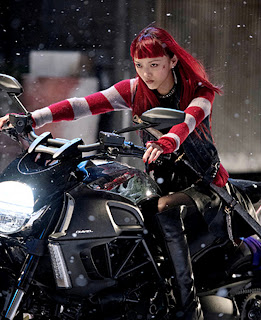 At the request of a wealthy old man whose life he once saved, he comes to Japan to pay his respects. Yashida (Haruhiko Yamanouchi) is dying, and seeks some of Logan’s healing power. Logan views his power as something of a curse, making him potentially immortal, and warns Yashida against it. He also crosses paths with others, familiar to comics readers, particularly in the form of the treacherous Viper (Svetlana Khodchenkova), the courageous Yukio (Rila Fukushima), and the sympathetic Mariko (Tao Okamoto), granddaughter of Yashida. We even get- in a manner of speaking- the Silver Samurai, a perennial Marvel character, looking rather different than the comics reader might have expected. Logan finds himself at the center of a story in which he is put to the limit, in a part of the world he doesn’t really understand, his life and future at stake. It’s a more grounded story than the last solo film, and less convoluted. This is a good thing. Plus we don’t have to put up with a messed up rendition of Deadpool, let alone Will.i.am thinking he can act. 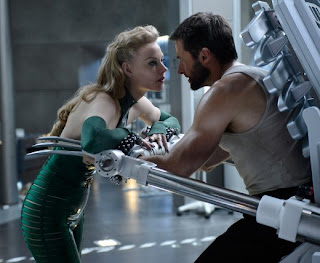 We can only imagine what kind of film Aranofksy might have made had he stayed here. Mangold’s a rather interesting choice as a replacement, in that he’s had some up and down previous work. The Johnny Cash biopic Walk The Line is one of his films, as are Cop Land and Girl, Interrupted. On the other hand, he did helm Knight and Day, but we can probably blame that fiasco on a certain egomaniac (coughTomCruisecough). He handles action scenes (of which there are plenty, particularly a bullet train sequence) quite well here, moving the story along in a brisk way. The story itself draws on the sense of a man who’s run away from the world, weary of loss, who has retreated back into himself, and having to find his way again. By making that the cornerstone of the film, Mangold works from that point and gives the story depth. The special effects serve the story, rather than distract, and the production team brings us squarely into this part of the world. 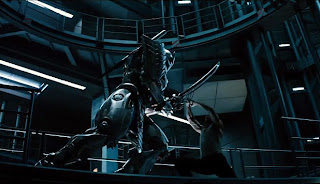 Jackman has been doing this awhile, and he knows what makes Logan tick. There is a world weariness in the man, and because of that, Jackman can find new elements of him to play, and this gives him depth and makes him compelling. He gives the character much needed humanity, something lacking in the irritant that is the comics version. Jackman has good chemistry with Okamoto, and a sparring partnership kind of energy with Fukushima. The film gives us a different Viper than the comic book version would remind us of, but Svetlana Khodchenkova does have the ruthlessness of the character about her, plus some really good lines to play with.
The Wolverine is a story that stands on its own. You don’t really need to have seen previous films in the series to appreciate this one. Its leading man makes the character compelling and sympathetic (unlike the comics version, who I’d like to see tossed into a black hole). Jackman is slated to return again as Wolverine in the next X-Men film, a time travelling caper drawn heavily from other comic storylines. How long can he play a grouchy mutant who doesn’t age? Who knows? Still, he plays the role well, and makes Logan tolerable. Even if he’s a lot taller than Logan should be. 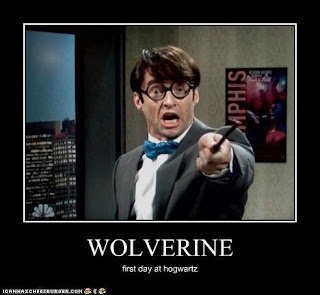 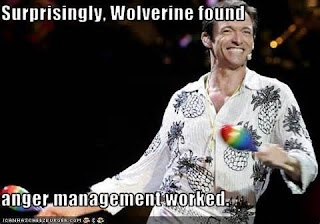 Posted by William Kendall at 10:28 AM