Before getting to today's mischief, some business to take care of, in the form of a cover reveal for a fellow writer; here's Vampire Nocturne, by Lorelei Bell: 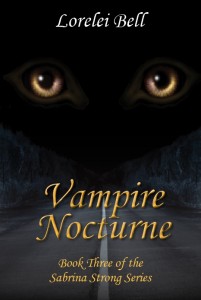 From Lorelei, a taste of the third book in her series:

Sabrina is becoming a magical creature—not just a clairvoyant with
ring that thwarts a vampire's thrall. In this exciting third installment, Sabrina learns how to travel the ley lines, and travels to another world called Beyond the Black Veil ~ a world where vampires outnumber humans ten to one, and humans are merely blood donors and objects of their sexual desires.

The Dagger of Delphi becomes her weapon of choice. And what becomes of Dante Badheart, whose spirit essences is contained in the stone he gave her when last he spoke to her from the dead, is another mystery that intrigues her.

Sabrina Strong's cousin, Lindee, has disappeared, and when she goes to the last place Lindee was seen, she finds herself transported to another world and century, where vampires rule. While trying to solve the mystery of where Lindee could be in this world, Sabrina encounters Drakulya—the real-life Dracula—a.k.a. The Impaler—who has somehow managed to become a vampire living in this strange world, and rules as King.

Lorelei will be releasing Vampire Nocturne soon, and you can find the previous books in the series at her Amazon author's page.  You can also find her blogging regularly at her two blogs, Lorelei's Muse and Lorelei's Writing Journal. Check them out, and you'll find Lorelei to be a lot of fun!

Now then, to the mischief on hand for today... 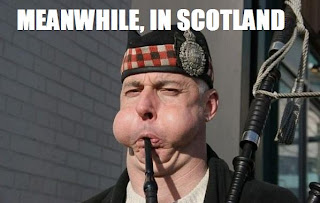 "If ye decide to commemorate me in dinners, please, don't ye get it into your minds to serve haggis as the meal. That food is just awful." ~ Robert Burns' last request, completely ignored by his friends and everyone else since. 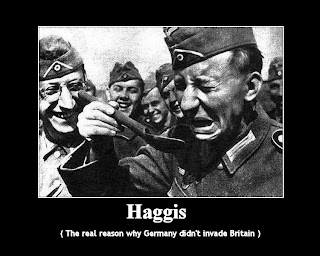 It's Robbie Burns Day in Scotland and abroad, marking the anniversary of the poet's birth. We've done a blog marking the day over at our joint blog, so have a look over there when you've finished up here.

The day is a big one in Scotland, a national holiday that features get togethers centred on the drinking of whisky, and the eating of haggis at festive suppers. For those of you who might not know what that particular instrument of cruel and unusual punishment actually is, haggis is a pudding mix of oatmeal, onions, suet, spices... mixed with the heart, liver, and lungs of a sheep, and cooked inside the sheep stomach.

Yes, you read that right. 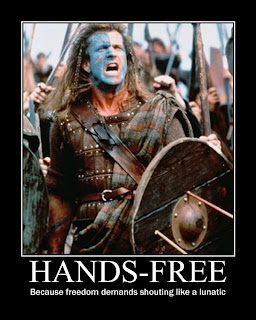 A few days ago I had fun with the Australians here in the blog, so of course I have to do the same with the Scots on their big day. I've started with that title, which of course you can never ask of a Scotsman wearing a kilt. He's likely to put on war paint and go berzerk. And you'll be in a world of hurt.


Of course, I still want to see Scotland for myself. It must be in my blood somewhere along the line... some distant Scottish ancestor. I want to walk the highland paths in the mist, hear the sound of the bagpipes, have a dram of the fine stuff, and figure out how the locals end up becoming Jedi Knights. 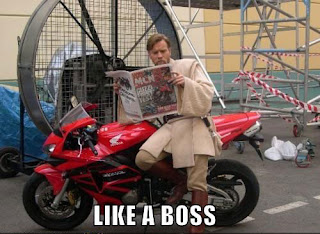 Just as long as I don't have to wear a kilt. Just saying.

With that, I leave you to the pics. Enjoy, and Happy Robbie Burns Day! 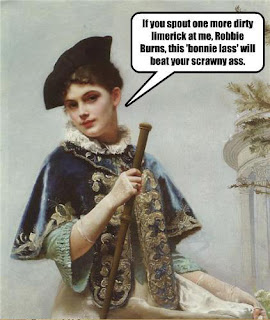 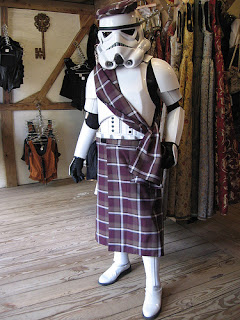 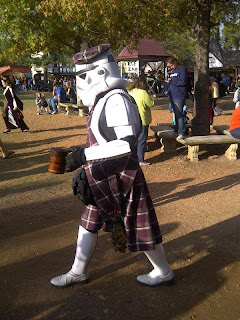 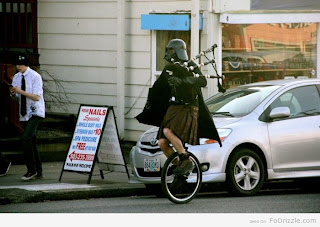 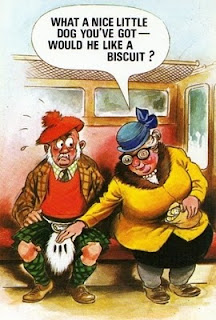 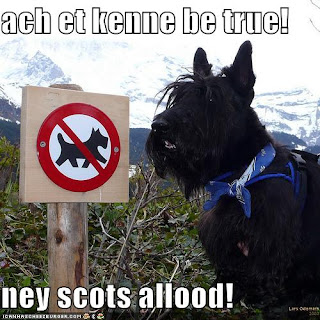 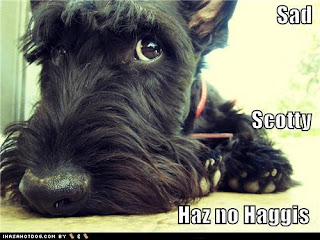 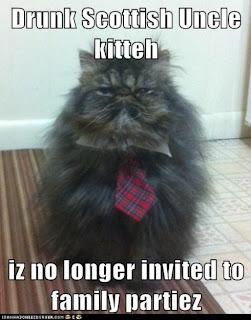 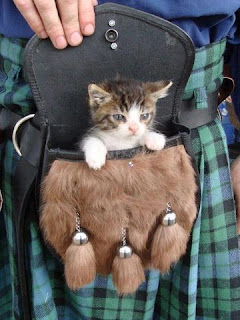 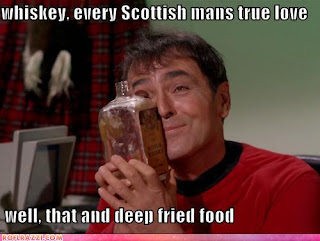 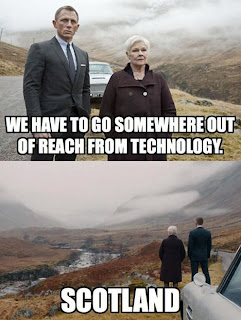 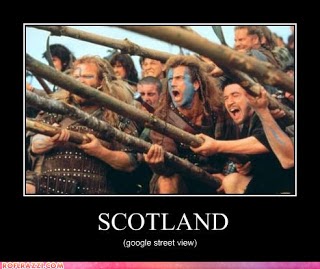 Posted by William Kendall at 4:17 PM