Reaching The End Of The Line

"If you look to our left, you will see that there's no one there. Because we're the end of the line. The Union Army stops here. We are the flank. Do you understand, gentlemen? We cannot retreat. We cannot withdraw. We are going to have to be stubborn today." ~ Colonel Chamberlain, Gettysburg 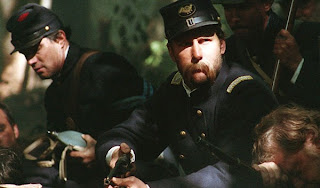 Ahem. Not that end of the line. Be serious, will you?

"I had tracked him across the mountains for days on end. The pursuit had gone on for hundreds of kilometres. The advantage was mine. Where he was a measly city boy, a soft buffoon who had never been out in the country for more then a drive, I knew these woods, hills, and rivers. I knew how to survive, how to live off the land. It was only a matter of time. Everytime I picked up his trail, there were signs of a man completely out of his element, a man who was in a state of panic. And so the hunt ended at Dead Man's Canyon. I cornered him in a dead-end spur. He realized he had no way out. He turned, saw me coming. There was fear in his eyes. I merely felt a sense of resolve, not to mention a determination to kick his butt and teach him some manners. This was the same miserable bastard who had asked me if I'd be going into the studio to record the next album with Metallica. Why is it so hard for these idiotic entertainment reporters to understand that I'm not that Lars Ulrich?"  ~ from the journals of RCMP Inspector Lars Ulrich 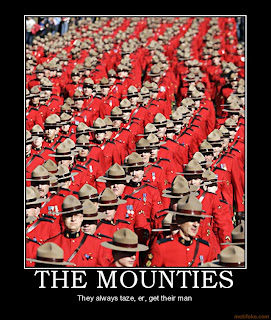 Not that kind of end of the line either!
Okay, I've had my fun. Actually today I've come to the end of the line, the line being the book. I have written the final passage in Heaven & Hell earlier today. It's been a long time coming. The book is my first, and I'd say I underestimated the amount of time it would take to write it. Along with that, a great deal of research was ongoing, and fact checking was a regular thing for me, which added on time.
It's been a long and difficult road at times. You might find it surprising, considering you're so used to my warped sense of humor, but the last year and more has been very hard for me. I've been working through some problems in my life- let's just say that toxic relationships can do a hell of a lot of damage- and getting help for it. There have been days when the black dog has loomed large, and writing just hasn't come, that the creative energy is just drained away. You can imagine that coming to the end of the book feels very, very good. 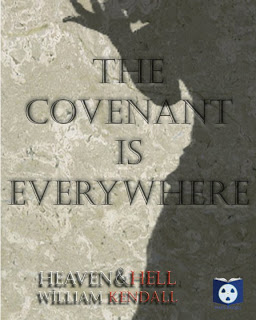 Not that I'm quite done, of course. I've got a few things to fix up before I chase down beta readers. I have a scene to add involving two moderate clerics. I've got a bit of fleshing out of scenes to do here and there to add on a couple of background elements that I feel are needed for the book. There's a mistake in my chapter two somewhere that needs to be fixed (note to self: when you see mistakes the first time, fix them then). Obviously switching a mother and daughter's names out the wrong way can't do, can it? Lastly, I have a scene early on that I want to cut. It has a personal value to me, but it doesn't fit with the rest of the story, so it's going to have to go. I will include it in a future blog, along with an explanation as to the background of it.
A few thoughts I've had as I've hurtled towards the conclusion....
I thought that my Israeli spy Sabra and my Druze soldier Tarif would be one-off characters, that they'd appear in this one book and that would be it. I've enjoyed writing them, and other characters around them, so much that I'll have to bring them back.
The same goes for the characters I bring into the final act of the book. The Greek counter-terrorism unit I wrote into the book became more then what they were intended to be, and it was a lot of fun writing them. Even while they were involved in storming a villa on a lovely island in the Cyclades.
It's strange how characters can change the rules on we authors. One member of the terrorist group at the heart of the book is a computer specialist. Early on in the book, I expected her to be the one member of the group who'd become unhinged by the end of the book. Instead she completely surprised me by becoming the one character among those antagonists who could have a moment of clarity and reason. I loved the way she led me in a completely different direction.
I still find it strange that early on in the book, I felt compelled to keep apologizing to my primary antagonists for everything I had done to them. That changed, of course, during the book, to the point where I wasn't apologizing to them anymore, and I know why it changed. Let's just say that if you do a Very Bad Thing, you use up all the sympathy your writer has for you.
The second to last chapter is the longest in the book, but it feels so brief. It starts with a parachute drop and ends with a pitched battle. I loved writing that chapter, taking in the point of view of everyone involved (even a nameless reconnaisance man) at least once. I enjoyed the sheer ferocity of the sequence. I liked figuring out who'd be doing what in a gunfight, how to breach a villa, how to take the initiative and keep moving. And the psychology of it was a pleasure. The final confrontation between my two main characters and the leaders of the Covenant hinges on psychological warfare, and using that tactic was devious of me. And where I took it from there was so fitting for each character involved.
Finally, I can say that writing the book has been something that's been coming a long time. It started with a question: What if....? Out of that question came the Very Bad Thing, and out of that came the idea of the book. It's taken me in some unexpected directions along the way, but that's part of the pleasure of writing it. I've reached my destination.... but the journey has been more then worth it. 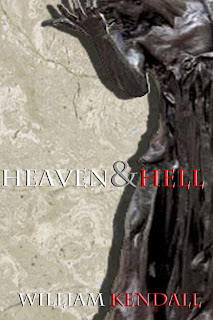 Posted by William Kendall at 5:09 PM