Ghosts In The Chateau 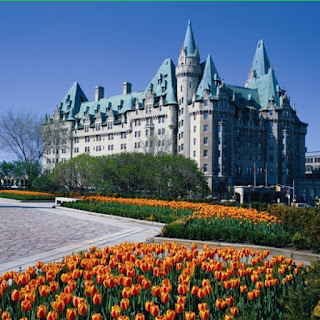 This year in Ottawa, the centennial of a landmark is being marked. The Chateau Laurier is a grand hotel in the heart of the city, and it does have the look of a castle. It's set on high ground across the Rideau Canal from Parliament Hill, and named after one of our Prime Ministers, Sir Wilfred Laurier. Many have passed through its doors in the past hundred years, from the great and good to the not so good (Tory staffers, I'm looking at you). The hotel is certainly luxurious, with all the amenities you might expect. It's rightfully a landmark, and a beautifully rendered building. 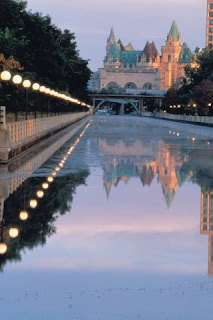 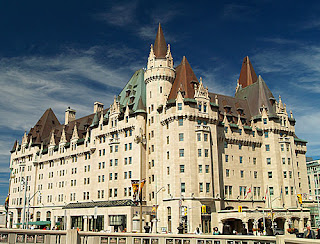 There are several restaurants and boutiques inside, and the hotel is perfectly suited for weddings. Passing by in the summer, one will regularly see wedding parties on the terraces or on their way inside. And the hotel is open even if all you're after is a good cup of tea... 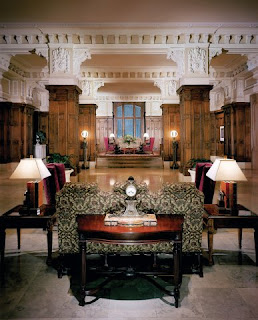 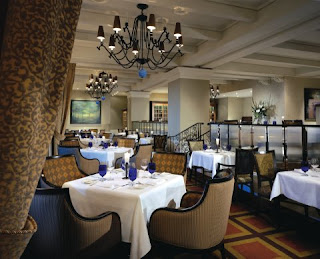 The Chateau Laurier was commissioned by Charles Melville Hays, President of the Grand Trunk Railway. It was the habit of railways to establish great hotels at key locations along the line, and here in Ottawa, the original train station is still across the street, still linked to the Chateau by a tunnel. These days that building is rarely open to the public, since it's used extensively as a government conference center. That's a shame, too, since what was once the main waiting room is still arguably the most stunning room in the city. 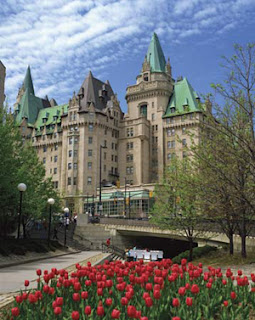 The hotel has continued to be the premier establishment in the city (my apologies to the Lord Elgin, but you know it's true). It housed the studios for the esteemed portrait photographer Yousuf Karsh for years (his famous photograph of a grouchy Winston Churchill still hangs in the lounge just off the entrance). 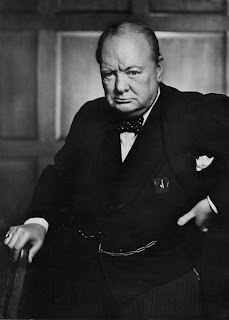 And is often the case with such places, it's haunted. The stories include sightings of a small child, the feeling of being watched by someone who's not there, and odd sounds. The other ghost of note is Hays himself. He had been President of the Grand Trunk for awhile, working to stabilize the company's financing in the early part of the Twentieth century. Part of that meant convincing Prime Minister Laurier to build another transcontinental railroad. In 1912 he was in Europe, purchasing luxurious furniture meant for the hotel, intending to have it shipped out as cargo while he took passage with his family. His shipment of furniture and other goods was, in fact, the largest amount of cargo onboard.


He booked passage on the Titanic.

Hays went down with the ship, and his cargo went with it. It's still inside the wreck at the bottom of the Atlantic to this day. The opening of the hotel went on without Hays, but it didn't take long before sightings of a ghost resembling the man himself were made in the hotel. Though he died far from it, it's thought that the significance of the place and the fact that he never got to see its opening have kept him lingering about.

It's a magnificent building here in the city, ideal for a night's stay, a wedding, or a meal. And who knows? Perhaps one might come across a spectral Charles Hays, and hear him muttering about wanting to strangle that rotten coward Bruce Ismay... 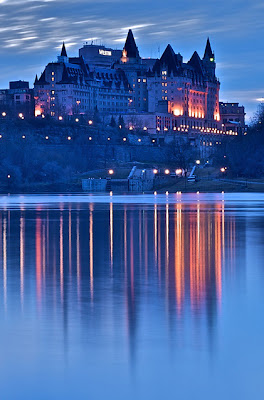 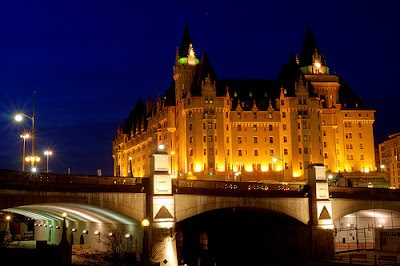 Posted by William Kendall at 5:57 PM