Revenge Of The Inappropriate Ringtone 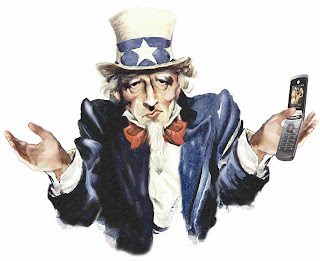 Well, I had such a time writing the last installment that of course there had to be more. No doubt this may become an ongoing feature.

Some days ago I heard the trilling ringtone of a cell phone, with an abomination as the person's preferred ring tone. It was, unfortunately, this infestation.

That song, ladies and gentlemen, is one of the most irritating songs of the last fifty years. And now that you've clicked on it, it's stuck in your heads for the next few hours.

So, let's continue on with the theme of inappropriate ringtones that we left off with yesterday.

Let's say you're a defendant in a trial (innocent until proven guilty, except in Texas). Or, for that matter, you're a lawyer or judge. Either way, this tune might not be a good choice for your ringtone.

For that matter, if you're a straight woman or gay man, and securely comfortable in your preferences, you might want to avoid using Katy Perry's breakthrough as your personal ringtone. Your guy might look at you strangely.

Visiting someone whose family member was killed by the Manson gang? Don't have helter skelter as your ringtone.

Going back to my notion of bad ring tones for therapists from yesterday, there's this classic that ought to be avoided. Your patients will thank you for not having that start to sound when they're on the couch in your office. They don't need to hear about maniacs, thank you very much.

What if your therapy is directed towards a group of people with fear of flying? Obviously, this Chantal Kreviazuk tune is not an option for your  personal ringtone. Neither is Tom Petty's opus. The title alone will get them thinking about falling out of planes. And forget this one too.

Are you a white guy? Forget using rap for your ringtone. Just forget it. You look supremely silly. If you do, well, I'm gonna knock you out.

Let's say you're the head of the DEA. Or a politician known for being strictly anti-drugs. There's no excuse for using Hendrix or this stoner classic for your ringtone. It'll send all the wrong messages.

In Alcoholics Anonymous? Well, as infectious and fun as this song is, you can't use it for your ringtone.

Attending your mother in law's funeral? Delete this song  from your ringtone. That's the last thing you want interrupting the funeral. Your spouse will want to kill you.

Let's say you're in the military. Well, you might like John Lennon, but these sentiments  might not go over well at work, so avoid using it as a ringtone.

On trial for arson? Got a taste for being a firebug? Well, you don't want to incriminate yourself, so this is out of the question. So is this.

Attending the Louvre? Want to make an impression that you're impressed by the culture and the history? Want to avoid being seen as a heathen? You might want to avoid having Shania saying she's not impressed as your ringtone while standing in front of the Mona Lisa. The French will not like you for it.

Are you a bomb squad member? You might want to avoid using this Britney Spears song as your personal ringtone. After all, Oops is a word that we don't like hearing coming from a bomb squad technician, so....

In fact, if you use any of her music as a ringtone, I'm sending the hounds after you.

Live in Vancouver? London? No doubt you're used to the rain. Well, veryone else lives with it too. And they hate it. So, for your own sake, avoid using this Amanda Marshall song  for your ringtone. You might get slugged by someone sick and tired of rain for the twentieth straight day.

Let's say that you're a Bond Girl. You've managed to survive until the end of the film. Well, after James ditches you, you really ought to refrain from using this Carly Simon classic as your ringtone. Unless your future boyfriend or husband is a spy, it's going to get to him. He'll always know that the best sex you ever had was with that suave British agent you spent a couple weeks with, running around the world in exotic places and battling supervillains, Tea Party leaders, and Alaskan mama bears (yes, they're all the same person) in hollowed out volcanoes. 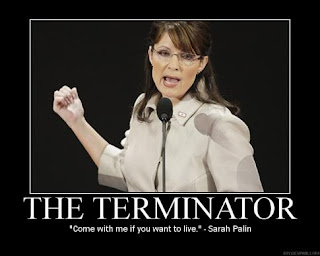 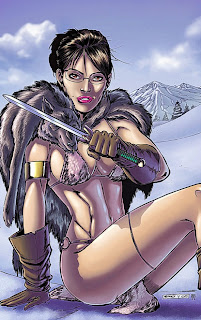 Finally, I submit to you this future scenario. It's the year 2029. A dystopian, dark future for one side. A glorious future for the other. In Washington, D.C., President Chelsea Clinton resides in the White House, her heart heavy. Her nation has just fought and lost a war with Canada. It's a war started when her daddy, still a skirt chaser in his wheelchair, pinched the bottom of Governor General Avril Lavigne three years ago.

Canadian troops occupy every state capital. The Canadian Prime Minister (yours truly, by the way) sits smugly at her desk in the Oval Office, victory in his grasp. She wonders how a country with a population tenth the size of her own could defeat her military so soundly. Now she must sign a negotiated peace, signing over Alaska, the Pacific Northwest, and New England to become Canadian territory. Her Republican arch rival, Senator Bristol Palin, is somewhere cackling with glee.

Right about now would be a really bad time for her cell phone to go off. Even worse if her ringtone is Blame Canada. 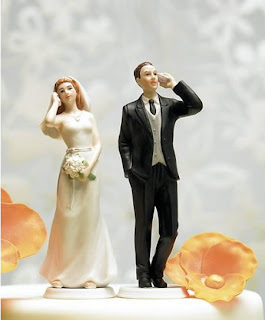 Posted by William Kendall at 4:39 PM