M Is For Manhunt 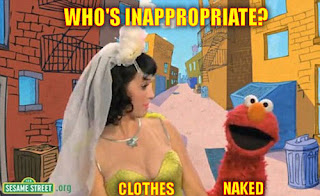 The search continues in the Alberta foothills for wanted fugitive Mr. Johnson, the mustached blue skinned Muppet. Johnson, who was convicted of the first degree murder of Elmo the Muppet, escaped after a plane crash across the border while en route to a federal supermax prison pending execution. As the crash site happened in Canadian jurisdiction, the Mounties are heading up the search for the dangerous fugitive, and the head of the task force is the legendary Inspector Lars Ulrich.

Johnson, also known as Fred and Big Blue, framed arch nemesis Grover for the murder, using a hit-muppet for the dastardly deed. His crimes were exposed in court by attorney Kermit the Frog, exonerating the name of Grover and condemning Johnson to pay for his sins. Johnson, of course, swore revenge.

"It's a little odd," Ulrich told reporters gathered around an RCMP detachment in High River, Alberta. "Professor Waldrow of McGill University suggests that Mr. Kendall is passing back and forth between what he refers to as the Fourth Wall of Reality, and therefore may be aware of how events in the future will play out. Professor Waldrow also theorized that Mr. Kendall is, in fact, the mysterious omnipresent individual typing at a keyboard, and we're all mere characters in his head. If you ask me, Professor Waldrow has been snorting some of his own lab chemicals. At any rate, the Minister believes Mr. Kendall may be a target of Mr. Johnson, merely for writing the muppet into a position of being a supervillain, so we've had to take him into custody."

The search is ongoing in the back country. Winter has firmly settled in. No trace has been found of the supervillain, but police are certain he hasn't made his way across the border yet. Rumors have come back to the Mounties, sightings of a short blue muppet on a distant ridge, or cabins broken into late at night. Is this the mysterious supervillain? No one can know.

The reporters were anxious for more information. Ulrich seemed anxious to leave. The inspector has never been comfortable with reporters, after all. One reporter, assigned to TMZ.com, spoke up among the crowd. "Lars! Lars! Griff Jax, TMZ.com! Can we have a word?"

Ulrich shook his head and rolled his eyes, recognizing an entertainment journalist when he saw one. "You can have two. Drop dead."

"Lars! I just wanted to ask how you spent your birthday."

"Isn't it strange having a birthday on December 26th, so close to Christmas?"

"My birthday is on the first of July, you insufferable twit."

"Were you in the studio recording with the band on your birthday?"

"Listen, damn you, I'm not that Lars Ulrich!" With that, the Inspector strode forth through the ranks of the journalists, and decked Griff Jax. Finished, he walked back inside, an irritated expression clouding his features. Jax, meanwhile, burst into tears, but in the opinion of this reporter, what else would you expect from a waste of space like an entertainment reporter?

The search continues. Somewhere out in the wilds, a muppet stalks the land, seeking revenge. Either that, or he's been eaten by a grizzly bear. 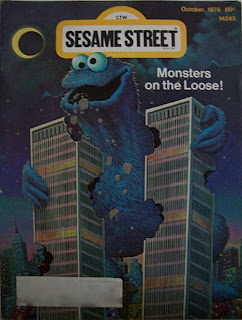 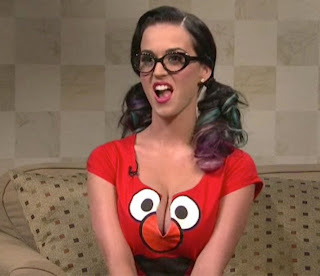 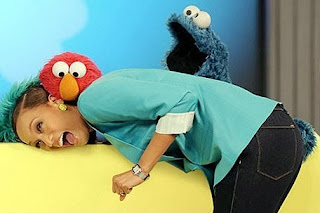 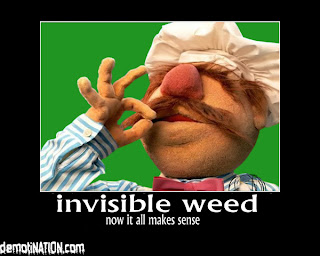 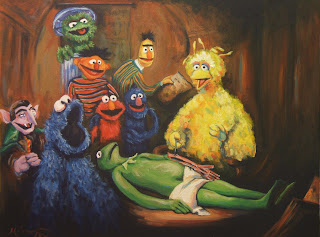 Posted by William Kendall at 11:16 AM