I've been at war for fifteen years. Maybe it was inevitable, given my name. My mother seemed to have a strange sense of humor when she chose that one.

My father's name was Peter Reilly. He had three children by three different mothers. My half-brother Eamon and I grew up together. There was also our half sister Cecilia.

He was a member of the Ulster Volunteers, fought the good fight all his life. One of their most feared enforcers, he was. You have to understand. We're at war with those Catholic bastards, the goddamned IRA. They've always wanted to have one republic, with them running the whole bloody thing. They'd never be satisfied unless they'd drive us under their heel. That's the lesson I've been brought up with. That's what my father fought for.

Until those Fenian bastards killed him.

I was nineteen when it happened. He was kidnapped one night on the Falls Road in Belfast, bundled up and beaten. The bastards knew who he was. They took him out to a foundry in the north end of town... and they really went to work on him. They finished him off by dropping him into molten steel. You can imagine... there wasn't anything left to bury.

When we heard he was dead, that was it. Anything I thought of doing with my life went out the window. Eamon and I went into the Ulster Volunteers, just like our dad before us. We fought, we bled... and we took lives. They had it coming.

Then we were betrayed. The UVF decided to lay down their arms... to accept the ceasefire. To trust the fucking IRA! Those bloody murderers! Trust them? So of course I had to break with the UVF. I went and established my own group. The Ulster Brigade.

Not all of the opposition took to peace. Some of them joined the Real IRA... or Continuity IRA. Others decided to lay low, to do something legitimate. But let's face it... they know the same as I do that peace won't last. And so they lay low, waiting for the peace to end... just as my people and I do the same. We'll take on the odd job, assassins for hire... and do what we can to the other side when opportunities show themselves.

Eamon died a year and a half ago now. Murdered by a Real IRA enforcer in his sleep. I caught up to the bastard a week later, and settled that score. And I'm settling the score with the men who murdered my dad, one by one. I know who the boss was... and his time will come. Mark my words.

Cecilia is with me now. She's my intelligence chief. She was just a kid when Dad was killed, barely remembers him. But Eamon's death brought her home. She's something to behold. Clever, resourceful, ruthless, and driven. And you wouldn't think it to look at her.

War is coming. I'm sure of it. And we're going to be the ones who win it. 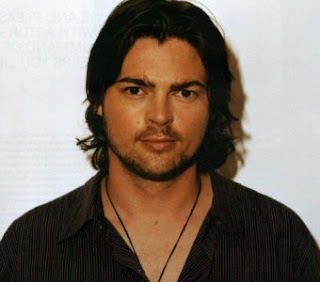 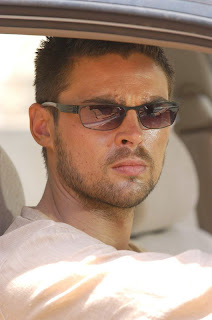 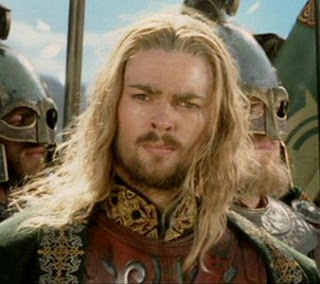 As to who I could see playing Cain... the great Karl Urban, of course....
And you can find a passage featuring Cain in this blog:
http://williamkendallbooks.blogspot.com/2010/10/death-among-ruins.html
Posted by William Kendall at 6:36 PM