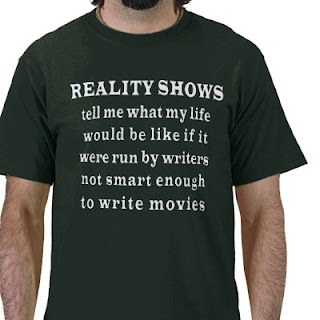 In another sign of the decline of western civilization, a reality show mouth breathing bottom feeder calling itself Snooki released a novel in recent days. That is, she and her ghost writer released the book. Let's face it, she doesn't appear bright enough to even approach grade one literacy, so you know she needed help writing the book.

For those of you lucky enough not to know, Snooki is a cast member of The Jersey Shore, a so called reality show in the tradition of The Hills, yet another show about vacant headed idiots living together Once upon a time, MTV used to play music videos. Now it runs reality shows. I've only seen brief clips, but what I've seen leads me to shake my head in dismay. This dreck is what passes for entertainment?

This bubble headed moron is Snooki herself. 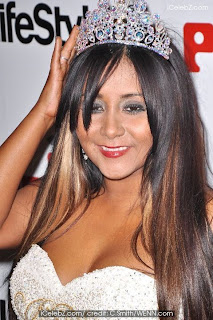 The other day, Ellen DeGeneres read a passage from the book on her show. Apparently the passage she read (how'd she do that without breaking out into laughter?) featured a naked guy with a strategically placed cloth... that started to move.

Well, from the brief clips I've seen, I would suggest that the reason the cloth started to move is simple: pubic hair lice. These wastes of oxygen on that show seem to fit that part.

I have, however, had the distinct pleasure of seeing the entire Jersey Shore cast mercilessly skewered. South Park did a tremendous job of that this season, writing Jerseyites as obnoxious louts, and Snooki herself as an animal in rut, shagging anything that crossed her path. I think that latter notion is spot on, by the way. 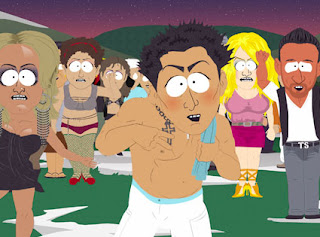 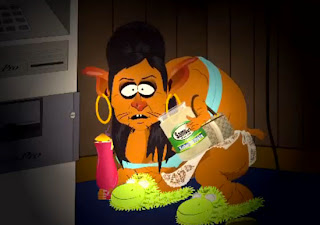 What is it about reality television that makes it infest the airwaves? For years now, we've been subjected to show after show of d-list celebrities (emphasis on d-list) in rehab or living together under one roof (Celebrity Rehab or The Surreal Life). We've seen shows like Survivor, Big Brother, and the Bachelor and Bachelorette franchise hog airtime. There are shows about large families with cameras in the faces of little children all the time while parents gradually start sniping at each other (balding Gosselin and angry Gosselin, I'm talking about you).

And it never ends. Shows about bridezillas, baby mommas, teen mothers, non celebrity interventions, bounty hunters, d-listers desperately trying to salvage their careers (Corey Haim, Corey Feldman, Hasselhoff, I'm talking about you prats, even if one of you bit the dust). Shows about people who are famous merely for being famous (the Hiltons, the Lohans, the Kardashians)... let's face it, this one is surely a plague on all humanity.

There are signs of hope. After all, Sarah Palin's reality show (who launches a presidential campaign in a reality show?) hasn't been picked up for a second season, and so much the better. She'll just have to launch Phase One of Operation Empress Sarah, Supreme Majestrix Of The Americas another way. 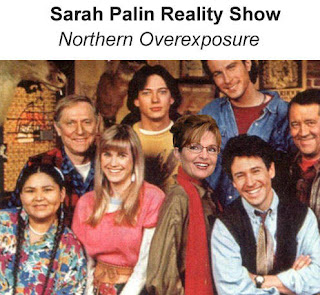 I even count the so called competition shows that never seem to end and clutter up the air waves. Dancing With The (Has Been) Stars. America's Got Talent. So You Think You Can Dance. And the worst of them all? American Idol and its various counterparts. 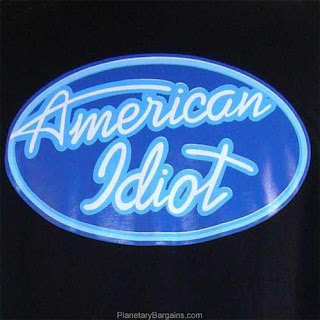 How many of these so called Idol winners can you name? Exactly. The only one who might have a lasting career is the one who went right into country music instead of sticking to the tried and true Idol formula.

Idol panders to that impulse so many people have to become famous. From my point of view though, the music acts who last, who make an impact, are the ones who do the work themselves, who pay their dues, who rise to the top based on their own talents.

Idol contestants, on the other hand, fit into the nice and neat package set up by studio producers who drop interest in them after the first album, thus resigning them to the oblivion they came from. That's not how you make a mark in the music world.

Reality shows are a pestilence. A plague. Indeed, I'll leave you with this thought. Take the story of Exodus. Had ancient Egypt been equipped with televisions, there would have been no need for plagues of locusts, bloody rivers, frogs, fires, or death. God could have inflicted a plague of reality shows on Egyptian airwaves. The Pharoah would have been summoning Moses to his palace within twenty four hours.

"Moses, buddy! Listen, you can take all of your people, leave Egypt. You're free now. Just tell that god of yours to please stop airing Goshen Idol and Giza's Got Talent and The Alexandria Shore. It's driving our people out of our minds! Come on, Moses. I did that favour for you, remember?" 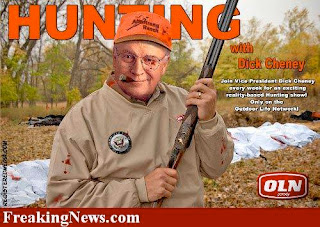 Posted by William Kendall at 12:27 PM